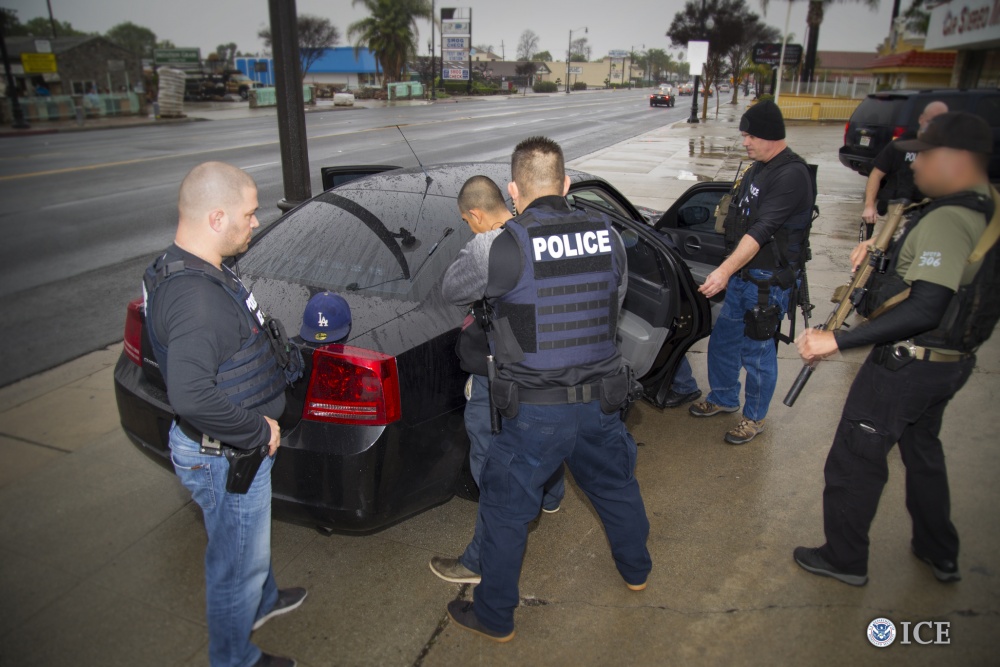 The Department of Homeland Security has issued a pair of memos regarding the implementation of President Donald Trump’s executive orders on immigration and border enforcement. Shannon Young reports.

The implementation memos signed by Department of Homeland Security Secretary John Kelly and made public on Tuesday spell out how the agency intends to carry out the orders signed by President Trump in this first week in office. The specifics and the scope stunned even seasoned immigrant and refugee advocates who were already bracing themselves for a fight.

The memos call for hiring thousands of new immigration and border patrol agents, renewed efforts to have state and local police take on immigration enforcement duties, and expanding a procedure known as expedited removal.

“That would be a breathtaking expansion of the ability to pick people up and remove them from the country without ever giving them a day in court,” according to Tom Jawetz, Vice President of Immigration at the Center for American Progress. “Expedited removal, for years now, the law and the memos that review this has been that if you enter by land, between the ports of entry, and you’re apprehended within 100 miles of the border and within 14 days of entry, you can be placed in expedited removal.

“The memo basically says the statutory maximum – the statute would allow them to extend that to any person who enters without inspection, who’s apprehended anywhere in the country, who cannot affirmatively prove to the immigration officer that they have been in the country for two years.”

Expedited removal is a euphemism for summary deportation, with no right to an attorney and no ability to appeal.

Earlier this month, the 9th Circuit Court of Appeals upheld a provision of the expedited removal process that prevents detainees from hiring legal counsel. The defendant argued that denying access to an attorney is a violation of the Fifth Amendment’s due process clause. The court rejected the argument, noting that noncitizens do not enjoy full constitutional protections.

The ruling was overshadowed by a higher profile case before the court that same week: the challenge to Trump’s travel ban on nationals from seven Muslim-majority countries.

In Tuesday’s White House briefing, Press Secretary Sean Spicer made the case that the directives simply uphold the law.

“Remember, everyone who is here illegally is subject to removal at any time – that’s consistent with every country, not just ours,” the press secretary said. “If you are in this country in an illegal manner obviously there is a provision that you could be removed. But the priority that the president has laid forward and the priority that ICE is putting forward through DHS’s guidance is to make sure that who have committed a crime or pose threat to public security are the priority of their efforts first and foremost.

But the DHS memos also signal an intent to go beyond enforcement of laws currently on the books.

“The interior enforcement memo drastically distorts the terms smuggling and trafficking to make them somehow apply to fathers, mothers, grandparents, caregivers, who put together what little money they have to save to help their children seek safety,” explains Jen Smyers, Associate Director for Immigration and Refugee Policy for the Church World Service. She says that conflation can criminalize actions desperate relatives take to get children out of harm’s way in countries like Honduras, Guatemala and El Salvador. “This memo, which I should note makes absolutely no mention of the dire circumstances of which these children flee, casts these actions of parents as ‘conspiring to violate our immigration laws.’”

Asylum seekers applying through the traditional method of asking for protection at a port of entry are also facing an uphill battle. The memos indicate plans to reform the asylum system in a way advocates predict will make the already onerous process even more difficult.

Lynn Tramonte, Deputy Director of America’s Voice Education Fund, says the executive orders, the recent nationwide arrests by ICE and now the DHS implementation memos have a combined effect that can be summed up in a phrase: attrition through enforcement.

“This is a philosophy embraced by nativists, that you crack down on immigration, make it really just impossible for people to live their lives here, hoping that they will pack up their own bags and leave knowing that the government doesn’t currently have the resources to deport 11 million people rapidly,” says Tramonte. “You are seeing this general anxiety and panic – we’ve seen it since the election, but it’s become more acute – among communities where children wonder if their parents are going to be there when they come home from school. It’s prevalent, it’s oppressive, and it’s just a reign of terror that people are living.”

Immigration attorneys say many mixed status families are developing emergency plans ranging from setting aside funds to fight deportations to establishing custody plans for U.S.-born children in the event they are suddenly separated from their parents.