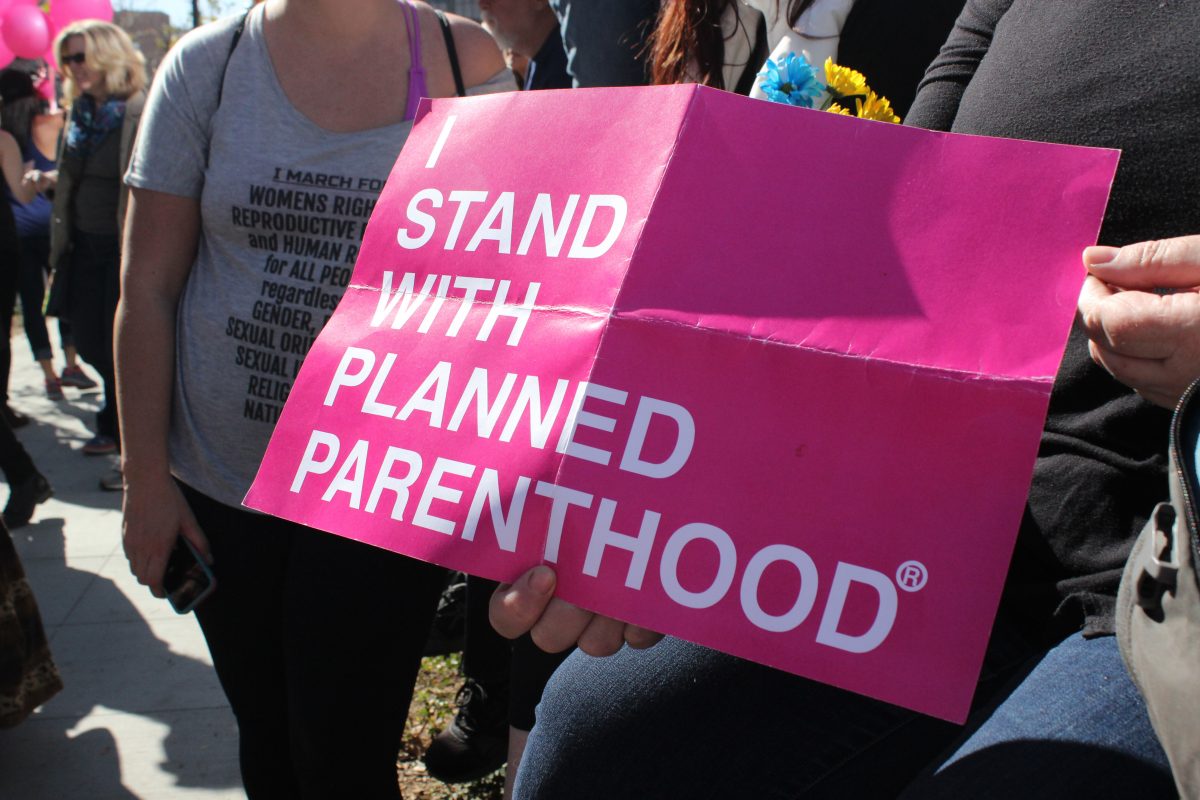 President Donald Trump announced Judge Neil Gorsuch as his pick to fill the vacant seat on the Supreme Court bench. As expected, the nominee is staunchly opposed to abortion. Gorsuch ruled in favor of Hobby Lobby in its ultimately successful case to not have to pay for employee contraception methods mandated in the Affordable Care Act. He’s also supported efforts to defund Planned Parenthood. While the empty seat on the Supreme Court bench may be the single most significant appointment regarding the future of reproductive rights in the United States, legislative efforts are also underway.

On Monday, Republican Senator Joni Ernst of Iowa filed legislation aimed at preventing Planned Parenthood from receiving any federal funding. The two bills are a sequel to similar past proposed laws. But this time, the Republican-controlled Senate has the support of the executive branch.

FSRN’s Lena Nozizwe listens as a divided country speaks out on abortion, from Washington, D.C. to Los Angeles.

Forty-four years after the U.S. Supreme Court decision on Roe v. Wade legalized abortion around the country, the landmark case is in the cross hairs of an empowered Republican party that also seeks to cut off government funding for Planned Parenthood.

The Trump administration has promised to accomplish both, despite popular opposition.

A 2016 Pew Research Center survey found pro-choice support was at a two-decade high, with 57 percent of those polled saying that abortion should be legal in most or all cases, while 39 percent said it should be illegal in all or most cases.

The country’s anti-abortion and pro-choice division has been loud and clear throughout new administration’s first days. Trump’s pick for vice president sent a clear message that choice when it comes to reproductive rights would be an early target.

“That’s why this administration will work with the Congress to end taxpayer funding of abortion and abortion providers,” Mike Pence said last week, becoming the first sitting vice-president to speak at the annual anti-abortion March for Life in Washington D.C. “And we will devote those resources to healthcare services for women across America.”

A clear jab at Planned Parenthood, which provides both health care services eligible for Medicaid reimbursements and abortions. Republicans like Pence accuse Planned Parenthood of using federal funds for abortions, something prohibited by the Hyde Amendment, except in cases of rape, incest or danger to the life of the pregnant woman.

“We have been part of the fabric of America for 100 years. My pledge today is our doors stay open,” said Cecile Richards, the president of the Planned Parenthood Federation of America, when she took the stage at another march earlier this year; the Women’s March on Washington. “We’re not going to take this lying down. And we will not go back.”

The organization is says abortions make up only 3 percent of its total services. The 97 percent include cancer screenings, testing for sexually transmitted diseases, and other health services for women, including contraception.

“I get my birth control from them, so I love it.” said Kacie, who asked to be identified by her first name only. She’s one of almost five million women around the world Planned Parenthood serves each year.

In past attempts to defund the healthcare provider, Republican lawmakers and anti-abortion lobbyists have suggested a network of community clinics could replace the Medicaid-funded services currently performed by Planned Parenthood.

The nationwide Women’s Marches brought together a coalition of causes, but support for Planned Parenthood is one of the reasons Kacie took part in the LA demonstration.

“I think Planned Parenthood is a beautiful thing. It gives a lot of people who can’t afford it, who don’t have insurance, options – whether it goes to abortion, whether it goes birth control, leave people alone. Let it be a choice. It’s a choice,” Kacie says. “People talk about transients being on the street and welfare and all that other stuff – not everybody should bring babies into the world that aren’t ready to have some babies.”

The new president has already signed an executive order reinstating the Mexico City policy that blocks federal funding for international NGOs that provide clients with abortion counseling or referrals. The policy, also known as the global gag rule, dates backs to the Ronald Reagan administration, and has been instated and revoked depending on which party is in office.

Both the Women’s March on Washington and the March for Life drew crowds larger than what organizers say they expected.

Now both sides of the abortion issue watch two men who will hold decisive power over women’s reproductive choices; one with the pen to sign executive orders and the other whose vote will swing the Supreme Court.