Dietary choices and drought in California 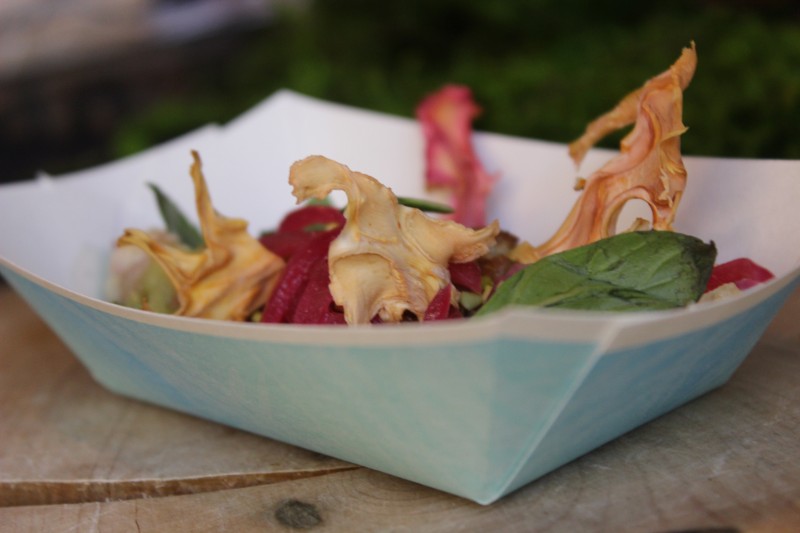 For more than 20 years, March 22nd has marked World Water Day – a day to celebrate water and focus attention on efforts to manage the essential resource. This year, World Water Day comes as California Governor Jerry Brown and state law makers have proposed an emergency billion dollar package as the state heads into the fourth year of drought and faces an unprecedented water shortage.

In households across California, residents are taking measures to conserve and ration water. But activists and academics who met during the weekend in Los Angeles for the World Vegan Summit  say dietary choices may contribute to a much more effective conservation effort. FSRN’s Lena Nozizwe has more.

Californians have been facing a number of statewide restrictions designed to conserve water including bans on washing down sidewalks, operating fountains that don’t recycle and watering lawns during or immediately after a significant rainfall.

A number of cities around the state, including Los Angeles, have also adopted ordinances where residents can only water lawns on odd or even days, depending on their address.

But the impact of eating a plant-based diet would knock all of those conservation efforts out of the water, according to activists and academics attending the World Vegan Summit & Expo in Los Angeles this past weekend.

“The idea that someone could be fined for watering their lawn on the wrong day, but could then go inside and serve their family a pound of beef at dinner which uses enough water for a year of showers by some estimates is completely and totally insane,” says Lorelei Plotczyk, founder of Truth or Drought, an organization that compiles studies on water use in California and the state’s drought. She says the industry producing meat and dairy products is the biggest water guzzler in the state and that the “largest portion of California’s water goes to growing animal feed including alfalfa, straw and hay.”

A 2012 study by the Pacific Institute on California’s water footprint found meat and dairy production accounts for 47 percent of water use in the state while household use accounts for only four percent.

The California Beef Council highlights a study that indicates the industry’s water use has decreased over the past 30 years due to increased efficiency measures.

However, Plotzcyk points to various studies that estimate a pound of beef requires anywhere from 11,000 gallons to 441 gallons of water to produce. Plotzyck says she knows she can’t force anyone to give up meat, but hopes the statistics will inform decisions.

Chef Babette Davis, the co-owner of the all-vegan restaurant Stuff I Eat, says getting converts is a matter of taste.

The conference offered a variety of vegan fare from  healthy pizza to injera – an  Ethiopian pancake, to blackened cauliflower. “With food like this there is no need to eat meat,” said former meat eater Lisa Karlan, who teaches nutrition for the Physicians Committee for Responsible Medicine. “This is more nutritious less inflammatory, good for your health, reduces disease. It’s good for the environment and saves water.”

Motivations for “going vegan” range from ecological to personal. No matter what the reason, California vegans can savor the fact that studies say that their dietary decisions are not contributing to the state’s water problems.