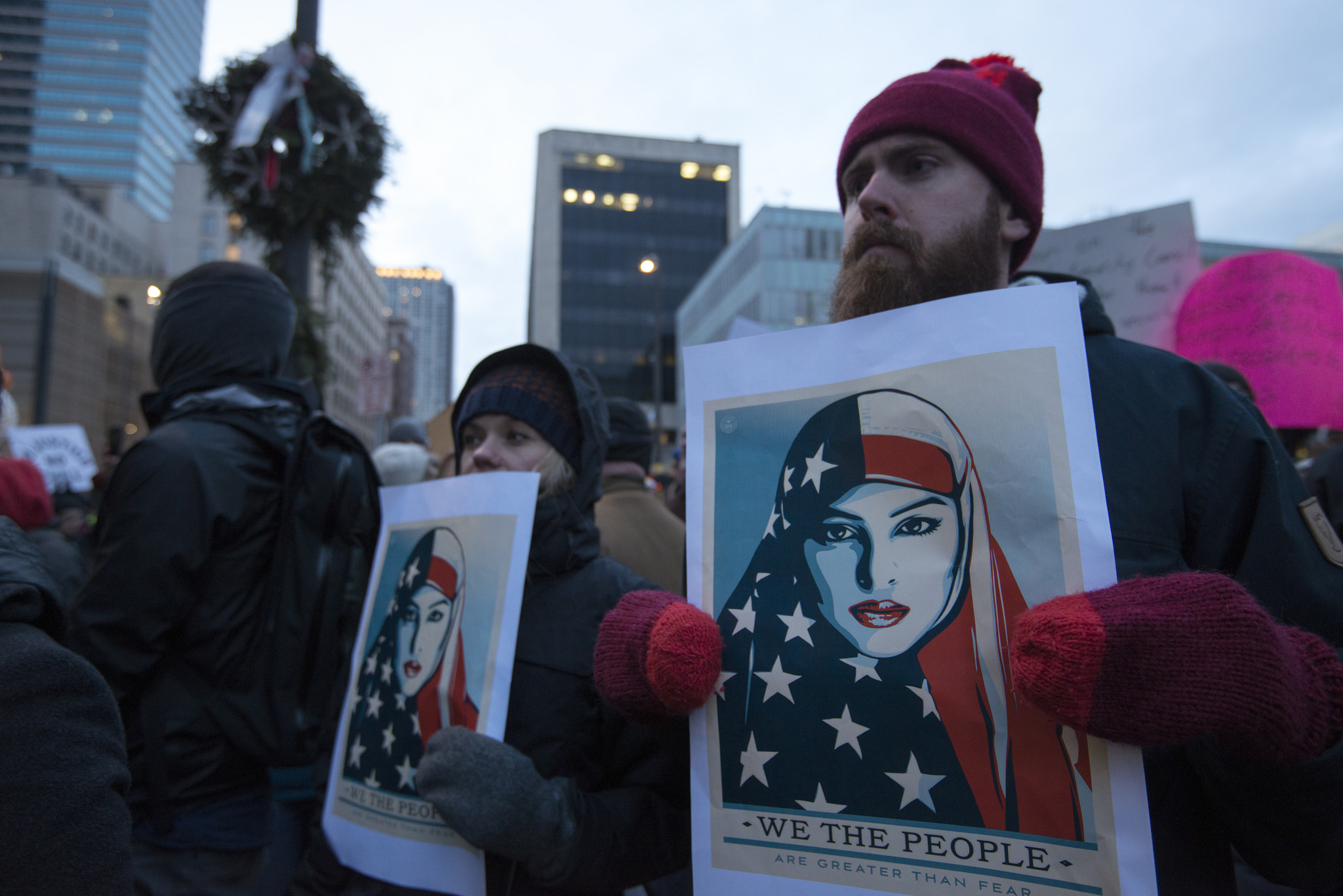 Editors note: The introduction to this story has been updated to reflect the appellate court ruling.

The U.S. 9th Circuit Court of Appeals has upheld a stay that put the brakes on a travel ban barring citizens from seven Muslim-majority countries from entering the U.S. The case was brought by the states of Washington and Minnesota and, since its filing, 17 other states plus the District of Columbia have joined in. Lena Nozizwe looks at what is shaping up to be the most significant Constitutional challenge facing the new Trump administration.

The challenge to President Trump’s executive order barring citizens of seven Muslim-majority countries from entering the U.S. has become the first major Constitutional test of the new administration. It will also likely set a precedent with regards to the ability of the executive branch to dictate immigration policies and revoke visas with the stroke of a pen.

The states of Washington and Minnesota are leading the challenge, arguing the president overstepped the limits of his executive power.

But Justice William Canby pointed out that the caution did not result in an outright ban on travelers and immigrants: “In naming those seven countries, what Congress did was to provide people coming from those countries had to get visas. In other words, they couldn’t just come into the countries without visas and that permitted, of course, the usual investigations before you give somebody a visa.”

Justice Canby then went on to reprise a question asked by James Robart, the Washington state federal judge who put the brakes on the travel ban last Friday.

The executive order at the center of the case immediately shut the nation’s ports of entry to citizens of the seven countries, including to permanent residents of the U.S.

Customs officials began enforcement so quickly that travelers who were mid-flight at the time Trump signed the order were detained upon entry, causing chaos and confusion at airports.

In a court hearing on a separate legal challenge to the travel ban, a government attorney estimated the executive order effectively revoked 100,000 visas.

“It was something I was trying to understand because I just didn’t make any sense to me,” says Jasmine Jackson, a Los Angeles publicist of Iranian descent, who has been following the proceedings closely. She’s a U.S. citizen, but that’s not the case for all of her relatives. And now Iran has banned travel by U.S. citizens in retaliation. “This basically bars people from my family being able to come and visit and vice versa. We are no longer able to go and visit over there because of this. You can imagine, that it’s just was just a shock to me and I just feel it’s just not right, it’s not right for any of those countries to be banned, especially when you are here legally and you have a green card or you have a student visa.”

Jackson believes stereotyping led to the ban targeting citizens of predominantly Muslim countries. But during Tuesday’s oral arguments, Judge Richard Clifton challenged Washington state solicitor general Noah Purcell to substantiate the argument that the ban was motivated by a desire to harm Muslims.

“So there might be a religious motivation behind the terrorism,” Clifton said. “But I have trouble understanding why we are supposed to infer religious animus when in fact the vast majority of Muslims would not affected as residents of those nations and where the concern for terrorism with those connected with radical Islamic sects is kind of hard to deny.”

“Your Honor, the case law from this court and the Supreme Court is very clear that to prove religious discrimination we do not need to prove to prove that this order only harms Muslims or that it harms every Muslim. We just have to prove in part that it was motivated in part by a desire to harm Muslims.”

“How do you infer that desire if in fact the vast majority of Muslims are unaffected?” asked Clifton.

“Your Honor, in part you can infer it from intent evidence,” Purcell responded. “I mean, there are statements that we have quoted in our complaint hat are rather shocking evidence of intent to discriminate against Muslims given we have not even had discovery yet to find out what might have been said in private.”

As a candidate, Donald Trump promoted the idea of creating a Muslim registry. And following his election, confidante Rudy Giuliani, the former mayor of New York, has said that Trump came to him to get advice regarding how to legally get around an overt Muslim ban.

Jasmine Jackson, who was inspired to take part in one of many demonstrations across the country in the wake of the travel ban, says while it has kept her apart from relatives, it conversely has also brought people closer, “That’s one thing, that this ban really brought people together.”

She says the whole experience has made her even more grateful to be in the United States, but it has also challenged her beliefs about a country that was founded by immigrants.

The case is expected to head to the Supreme Court where it may become a major test of the independence of the only branch of the federal government not currently controlled by Republicans.