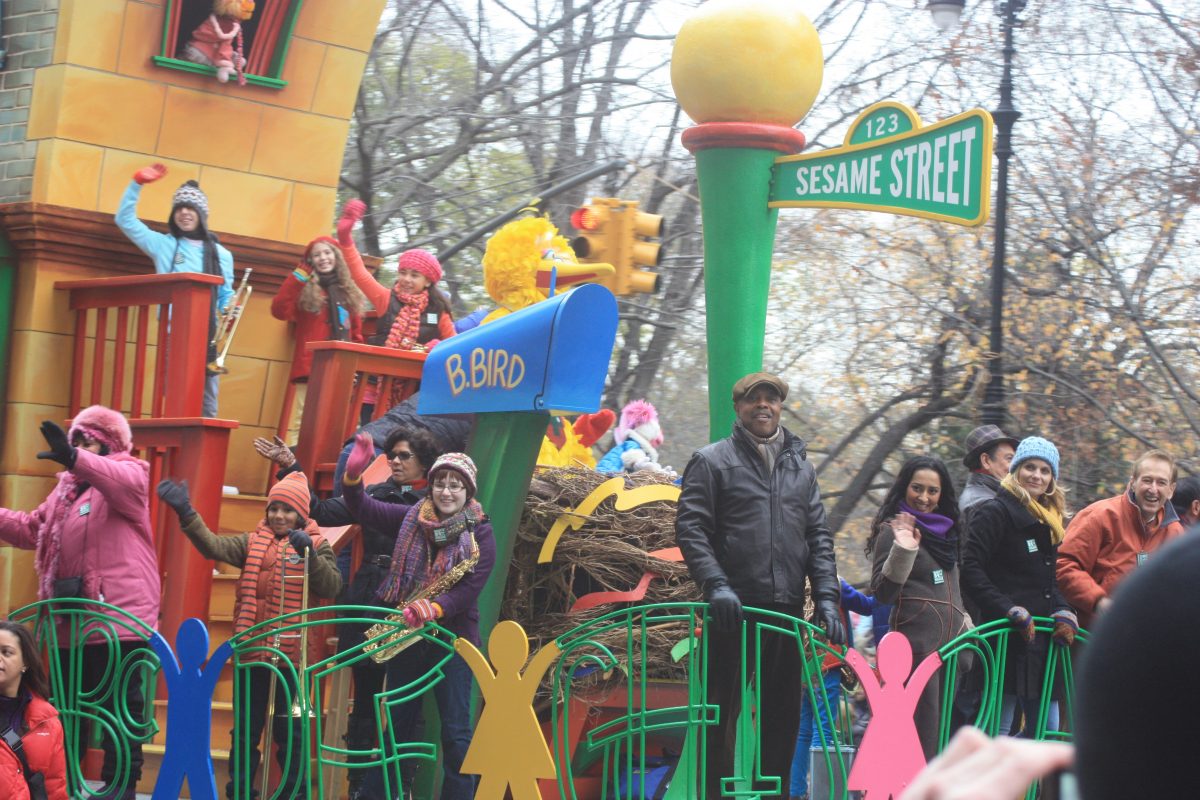 On the set of Sesame Street. (Photo credit: angrywayne via Flickr / Creative Commons)

The head of the Corporation for Public Broadcasting appeared before a congressional subcommittee, as Trump administration has proposed outright eliminating federal funding to the body. Shannon Young has more.

Tuesday’s appearance by the CEO and president of the Corporation for Public Broadcasting marked the first time in a decade the head of the public-private agency was called before Congress.

Chair of the House Appropriations Subcommittee, Representative Tom Cole of Oklahoma opened with a reminder of how and why the public media agency was created 50 years ago.

“Congress created the Corporation to give a stronger voice to commercial-free educational radio and television programs,” Cole explained. “In addition to providing education, public broadcasters are often the only source of content in remote areas of the nation.”

The Corporation for Public Broadcasting – or CPB – receives both federal and private funding. Most of its federal spending goes towards direct grants to qualifying radio and television stations across the country. Some top recipients of CPB funds include NPR and PBS affiliates. There are also programming grants, used to produce educational and public interest content for television, programs like “Sesame Street” and “Frontline.”

But President Donald Trump’s budget blueprint calls for the complete elimination of federal funds to the CPB.

“As the Trump administration proposes to eliminate federal support for public television and public radio, we need to consider the profound impact that this organization has had in our communities,” said Subcommittee Ranking Member Rep. Rosa DeLauro.

The CPB has received flat federal funding of $445 million for the last seven consecutive years and is requesting the same for FY 2018. DeLauro pointed out that, adjusted for inflation, that flat funding represents a cut of 13 percent each year.

When asked what the elimination of federal funds would mean for the CPB, CEO Pat Harrison had a simple and blunt response: “It would mean the collapse of public media.”

Harrison said CPB grants make up around 17 to 20 percent of the budgets of established stations in big cities, but in rural areas that number goes up to nearly half of local station budgets.

“The problem is, with rural stations, they don’t have this in-depth donor base. They just don’t have what some of the other stations, the bigger stations, have, and they really depend upon the federal investment,” Harrison pointed out. “So what would happen if the federal investment, if the appropriation would go away, there would be this domino effect and it would start first with rural stations.”

When the White House presented its FY 2018 budget proposal blueprint, Office of Management and Budget director Mick Mulvaney argued the administration could no longer ask coal miners in West Virginia or single mothers in Detroit to pay for the Corporation for Public Broadcasting. The current federal funding level averages out to $1.37 for each U.S. resident.

As Representative DeLauro pointed out, the projected cost of the border wall would be enough to fund the CPB for another 50 years. Even those lawmakers who support cuts avoided using the cost saving argument as reasoning to support their positions.

“I beg you, please, remove the agenda from education,” said Representative Andy Harris of Maryland, making no bones about the ideological argument, singling out a public television program about same sex marriage as something that disturbed him – even though he didn’t watch it.

“I don’t have to see it to know it’s biased, I just read the description. This is not education, this is agenda,” Harris said. “I beg you, if you come for government funding, you must remove as many vestiges of political agenda as you can.”

But, CPB head Pat Harrison – herself a former co-chair of the Republican National Committee – pointed out that a two-pronged mission guides grantmaking: “We are tasked with two things: to provide a firewall of independence for our content providers and also to ensure balance and objectivity. And these are sometimes two clashing objectives. I think, overall, we’ve done pretty well.”

By and large, subcommittee members indicated support for the CPB’s work.

Representative Nita Lowey of New York defended the organization against the last assault on the CPB, during the years of Newt Gingrich’s congressional leadership. She echoed the sentiment that the motive behind the defunding effort is more ideological than financial.

“At a time when the Trump administration delegitimizes any reporting it doesn’t like as ‘fake news,’ it’s hard not to suspect that it’s an effort to undermine public broadcasting,” Lowey said. “It’s a transparent attempt to keep Americans in the dark about their failures and ethical improprieties.”

Bridging divides through thought-provoking and educational programming is something that helps people on all sides, said the CPB’s Harrison.

“The bottom line is our country needs us to keep working for that more civil, more informed society, a country in which all citizens can learn and thrive,” Harrison explained.

The budget proposal blueprint is the first draft of the upcoming formal request, expected as early as May.