Trump-backed healthcare bill set for a vote in the House 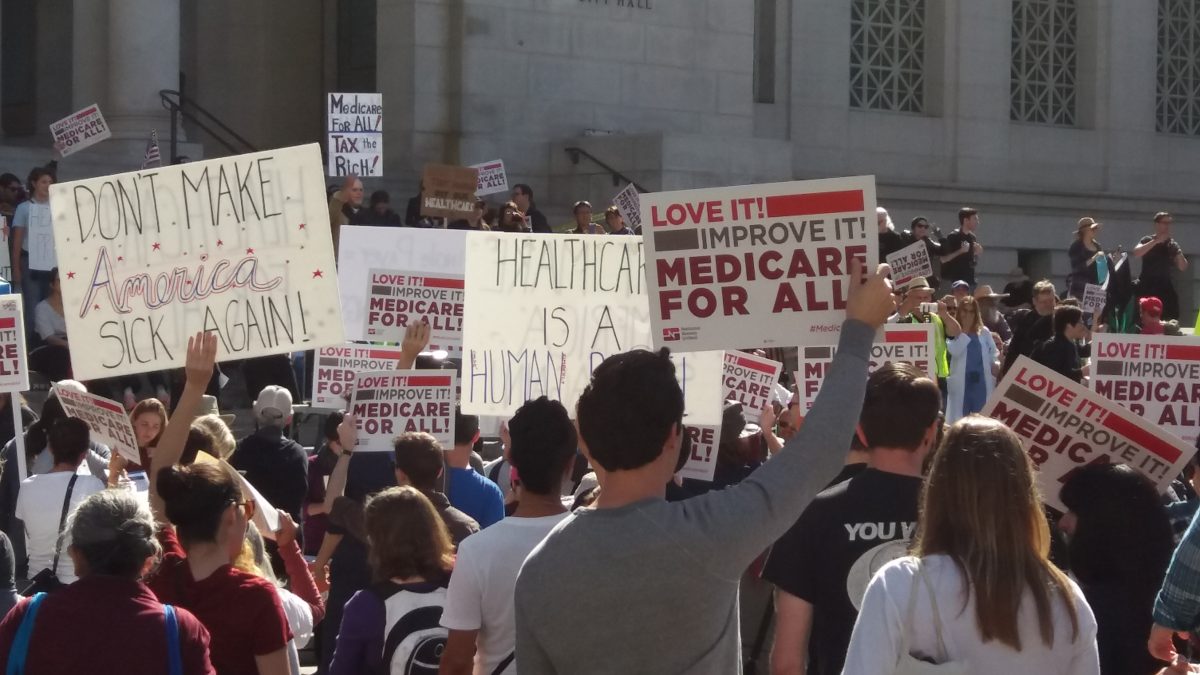 Friday witnessed an intense spate of political wrangling ahead of a planned House vote on the Trump-backed healthcare bill. Nell Abram has more.

After a contentious week culminated by a chaotic day on Capitol Hill, as we go to press the U.S. House of Representatives is set to vote on the American Health Care Act of 2017, a bill that would decimate the nation’s prevailing health care law.

Lawmakers on both sides of the aisle say they want to make healthcare more affordable and more accessible. But the devil is in the details.

Rules Committee Ranking Member and Massachusetts Democrat Jim McGovern implored his colleagues to slow down: “I mean, we are talking about healthcare that affects millions and millions of people and nobody in this chamber has seen what we are going to vote on. This is ludicrous! How can this be – what are you thinking? Do this right! There’s no rush – you don’t get extra points for being fast!”

The most recent non-partisan estimates of the measure also known as TrumpCare, predict, if enacted, at least 24 million people stand to lose their healthcare insurance, yet the cost to the federal government would go up by $187 billion dollars.

Many of those people who are able to keep their policies would face higher premiums and larger deductibles, while losing a raft of benefits mandated under Obamacare.

Yet in a Thursday night press conference that lasted all of 16 seconds, House Speaker Paul Ryan announced that after delaying the long promised vote earlier in the day, lawmakers would take up the issue Friday.

“For seven-and-a-half years we have been promising the American people that we will would repeal and replace the this broken law because it’s collapsing and it’s failing families, and tomorrow we’re proceeding,” Ryan told reporters before walking away.

Ryan’s brief remark came after President Trump sent an ultimatum to lawmakers, saying he is done discussing healthcare and ordering them to vote. Trump spent Thursday lobbying Republicans from both poles of the Republican Party, ultimately capitulating to hardline demands to remove the entire menu of mandated coverage for Essential Services from the nation’s healthcare bill – transferring responsibility for those services to the states.

Even so, passage in the Republican dominated chamber remained uncertain. But the House agreed to fast track the process, allowing lawmakers to vote on both rules and the bill itself in a single, rapidly paced day.

According to the Congressional Budget Office, the GOP-bill before lawmakers Friday morning would still force insurers to cover people with pre-existing conditions, but offers consumers less help paying for premiums.

“Why would you be for this? Why? Who benefits? Who benefits?” asked Connecticut Representative Rosa DeLauro. She called the bill outrageous, noting it returns lifetime limits and annual caps, and allows insurers to charge women 48 percent more than men for the same coverage.

TrumpCare would remove the mandate that taxpayers purchase health insurance, but penalize those who let their policies lapse. It would increase an age penalty on premium costs. Insurance companies would not be required to cover things like emergency room visits, prescriptions, pediatric and preventive care or women’s health. As the nation faces an epidemic of opioid addiction, coverage for drug rehab and mental health benefits would not be mandated.

Dozens of groups ranging from the AARP to the American Medical Association to children’s advocates to civil rights groups oppose the bill. But none them have had the chance to address lawmakers directly about how their constituencies would be affected because the House hasn’t held any hearings on the measure.