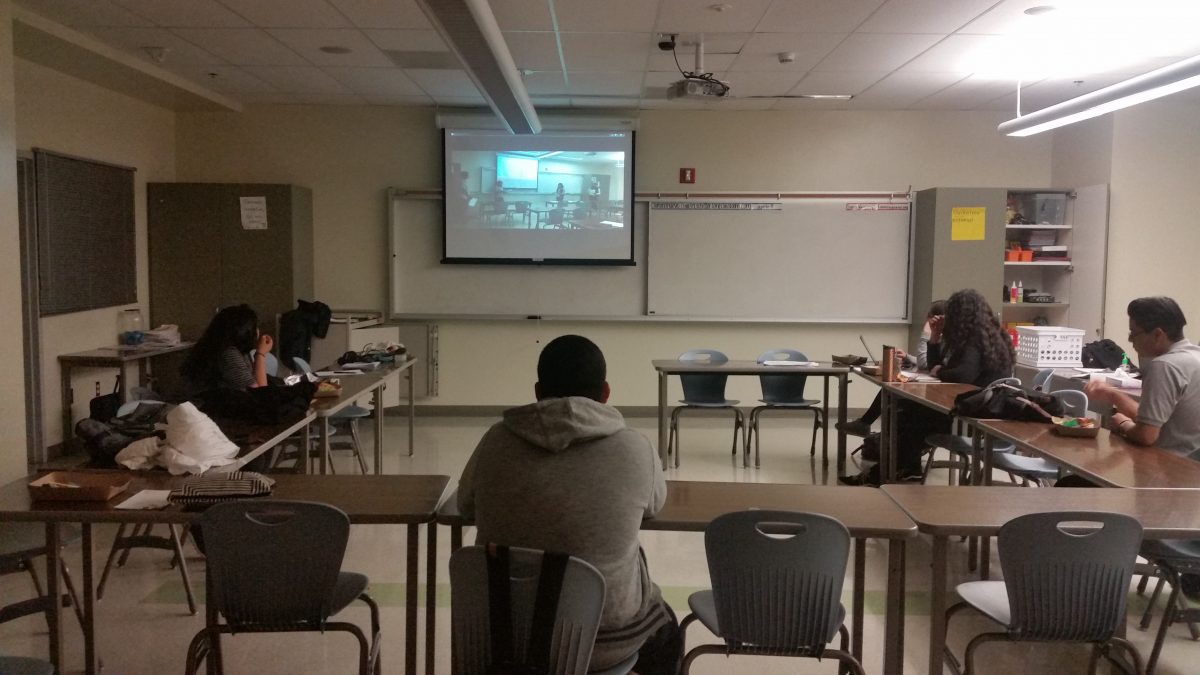 Trump’s executive orders on immigration have forced many families with foreign-born members to make emergency contingency plans. U.S. citizen children of undocumented parents fear a routine traffic stop can result in the separation of their families. Immigrant parents are preparing paperwork for friends, relatives, or even teachers to take custody of their kids in the event of summary deportations, euphemistically known as ‘expedited removals’. Canada is even experiencing a never-before-seen wave of asylum seekers entering from the U.S. fearful the Trump Administration will deny their petitions and deport them back to the countries they’ve fled.

In Los Angeles, the city with the largest immigrant population in the country, Donald Trump’s aggressive stance on immigration has set off widespread fear and confusion. Activists nationwide have mobilized to fight back against Trump reforms that they say are racist and unconstitutional, and to inform immigrant communities about what, exactly, has changed – and what hasn’t. Students at one largely-immigrant charter school in Los Angeles have joined the struggle. Carla Green has more.

In a high school classroom one Friday after school, a half-dozen students sit quietly, watching a video. Four students are on screen, reading lines off sheets of paper. They’re rehearsing. One of the students asks the other for her passport.

“It’s downstairs,” she says. “Where my children are sleeping.”

“That’s a nice story,” the other student replies. “But stories are for the judge – not me. Let’s go – wake up the kids.”

The students – on screen and in the classroom – are part of a new group called Colores Unidos, formed at a charter school near downtown Los Angeles.

“They were created in response to Donald Trump’s election,” explains German Gallardo, an economics teacher at the school. “So, the first day after that election, a big chunk of our students – about 75 percent of them – walked out and protested that. And there was a lot of fear and confusion, so out of that fear and confusion, a few of those students started to organize and create something that would be able to bring information and a little bit of calmness to the community.”

One of the students who walked out that day was Cristian. Since then, Cristian has become the de facto leader of Colores Unidos. And he knows from personal experience why undocumented immigrants might need the know-your-rights skits they’re rehearsing.

Cristian is a DACA recipient – he was brought to the United States from Mexico by his parents, when he was two and a half. He remembers finding out he was undocumented, in elementary school. He had to fill out a permission slip to go on a camping trip, and asked his parents for their insurance information.

“And that’s when they told me the news that I’m undocumented, so I don’t have some of the same rights as citizens that are born here,” Cristian recalls. “Since then I’ve been really aware of it, I’ve been called stereotypes, I’ve been told certain things.”

Because of DACA, Cristian has temporary legal status, something many recipients refer to as being DACA-mented. But he says he’s nervous about the renewal process and hasn’t put in the application yet.

“I’m just worried that if I go and renew my DACA, it’s going to be more – how do I say this – more of a target for ICE,” says Cristian.

Sarai Vasquez says Cristian is far from the only student at the school with immigration concerns. There was a Colores Unidos meeting a couple weeks ago that a number of the students missed – because there was a report that immigration agents were checking papers on a nearby street.

And Gallardo says the school has been trying to help students come up with contingency plans in case their parents get deported.

“There’s been talk about us opening our doors a little later and keep students here in case there’s something going on,” Gallardo explains. “And also going as far as identifying places in the area that will provide services we can’t. So provide free meals – there’s a couple of autonomous organizations that do that in the area, so telling people that those are there.”

“And what is it like to have to talk to your students about that kind of thing? What’s that like for you as a teacher?” FSRN asks.

“It’s hard,” Gallardo answers. “We’re expecting them to come in and learn whatever it is we’re teaching, in my case, something about the economy, but their real pressing need is, what happens if my mom’s not home? Where should be go and if we don’t have food, where do we go? Where do we have help? It weighs on them.”

Gallardo is proud of his students for organizing themselves in response to Trump’s policies. But he also thinks it’s important to put Trump’s stance on immigration and deportation in context: “What’s changed is the rhetoric is now out in the open. I remember raids in the 80s. I remember friends whose parents were taken out of work and tossed into somewhere. I remember every single economic downturn and people who are immigrants are always the scapegoats. So that isn’t new. So, when we talk about things that have changed, it’s changed because now liberal middle class white folks have to deal with the reality.”

Back in the classroom, the Colores Unidos group is rating the acting performance of their peers.

The actors will continue to rehearse during lunchtime and after school to prepare for their next performance, playing ICE agents and terrified immigrants. But they do it with the knowledge that their own families’ lives could be upended at any moment, and the skits could become frighteningly real.