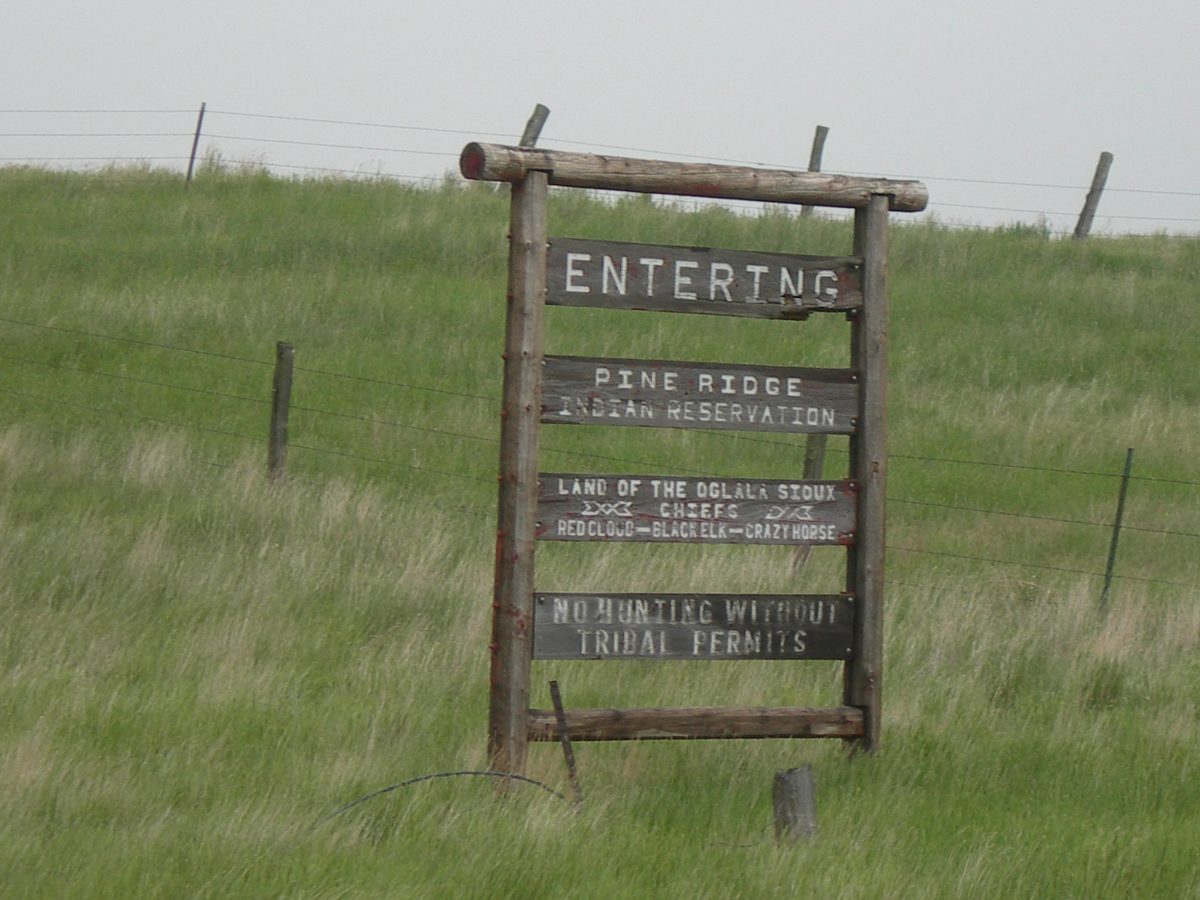 South Dakota has become the first state this year to enact a measure that would allow religious adoption and family placement agencies receiving public funds to discriminate against prospective foster or adoptive parents based on those agencies’ religious criteria. Critics of South Dakota’s SB 149 say it uses a pretense of ‘religious freedom’ to prevent LGBT couples from adopting, but child advocates warn it could also keep single parents, divorcees, non-Christians and anyone else religious agencies deem as ‘inappropriate’ from taking in children in need of a home.

Bills with nearly identical wording as the South Dakota legislation have been introduced in Texas, Alabama and Oklahoma within the last month.

South Dakota’s SB 149 did explicitly mention ‘due regard’ for the Indian Child Welfare Act. The state has a history of removing Native youth from their cultural contexts, a practice that was aided by Christian boarding schools with forced ‘assimilation’ programs. Lakota families in particular experienced high rates of involuntary separation.

When two severely malnourished and abused girls were found on South Dakota’s Pine Ridge Reservation last November, community members near and far gathered to take action on the tribe’s own terms. As Jim Kent reports, the newly-formed “Embracing Our Children’s Health” group focuses on empowering, encouraging, assisting, and supporting existing programs and organizations for children and their families on the reservation.

The Pine Ridge Reservation is located along the border between South Dakota and Nebraska. It’s home to members of the Oglala Sioux Tribe, also known as the Lakota.

Despite largely successful efforts to maintain cultural traditions and a value system rooted in deep respect for women and children, the prevalence of domestic violence on the reservation is relatively high. Many Lakota attribute this to the lingering effects of the Christian and federal boarding school system that tore families apart for most of a century.

As of July 2016, the Medicine Wheel Healing Community organization reported 40 ongoing cases of child abuse on Pine Ridge with more reports being investigated every day by the tribe’s Child Protection Services Department.

But when police officers responding to an assault complaint found two young malnourished and abused girls at a home in the reservation’s Potato Creek community last November, Pine Ridge businesswoman Patty Puorier had had enough.

“It just broke my heart. And I think it did a lot of other people, too. I couldn’t get it off of my mind. And I decided enough is enough. I can make a difference. I’m not a social worker. I’m not an attorney. But I am an organizer,” Puorier says. “So I decided, you know what? I can try to organize a meeting to try to get a coalition of different entities together so we can maybe streamline help for children.”

The “Potato Creek” girls – aged 2 and 3 – were hidden under a pile of blankets on the floor and only weighed about 13 pounds each. A pediatrician who later examined the girls compared them to prisoners of World War II concentration camps.

Pourier gathered community members and created a group called “Embracing Our Children’s Health.” One of her first supporters was Donna Lamont, a supervisor for the Oglala Sioux Housing Authority on Pine Ridge.

The home where the girls were found falls under the tribe’s jurisdiction, where like any government the left hand often isn’t aware of what the right hand is doing.

Lamont says one key to prevention is to reinstate a practice the tribe’s Housing Authority and Public Safety Departments used to have: “Whatever they encountered out there, we went along with them. We kind of lost that for a while, I don’t know why, but we did.”

Lamont says in addition to reestablishing that partnership, she hopes other tribal agencies on the reservation that deal with child welfare will communicate with Oglala Sioux Housing and with each other, as well.

But that’s not all “Embracing Our Children’s Health” is doing.

The group left the gate at full speed. Members are establishing Collective Action Forums to bring children’s services on Pine Ridge together and determine how actions by one affect the work of another.

They’re also creating “Safe Houses” for children in each of the reservation’s nine districts. And a “Caring For Relatives” program is in the works along with a volunteer network to support overwhelmed parents and provide the tribe’s social and health services with much needed human resources.

In conjunction with the Oglala Sioux Tribe’s Child Protection Services the group is about to start intensive training for foster parents.

While the Indian Child Welfare Act protects Native children from being permanently removed from the reservation and losing all identity within the culture, Pourier says there are other ways for non-Natives to provide for Native kids’ needs.

“It’s also important for people to know that you can be a foster parent to a Native child, as long as there is a community of Natives within the area that you’re fostering that child,” Pourier explains.

To make sure children placed outside the reservation remain culturally connected a Lakota Spiritual Chairman includes indigenous traditions in the group’s programs. Though the primary focus is children between the ages of birth and five years, reviving coming of age ceremonies for boys and girls is also on the agenda. In the 19th century, all Native American ceremonies were banned, but were finally restored by the American Indian Religious Freedom Act in 1978.

Patty Pourier says the ultimate goal is making children feel comfortable with who they are, to be free of shame and proud that they’re Lakota.

Oglala Sioux President Scott Weston began his term of office just one month after the girls were found at Potato Creek. He says child abuse is not just a tribal issue, but a state and national issue.

“This should be initiated at the local level. But it should be carried out by the national level,” Weston says. “So that means we start here, but we go to Washington to start this process back to improve what needs to happen because currently it doesn’t work.”

Weston adds that the key to successful multi-agency efforts to protect Lakota children is ensuring the focus is on helping the children and not on political agendas.