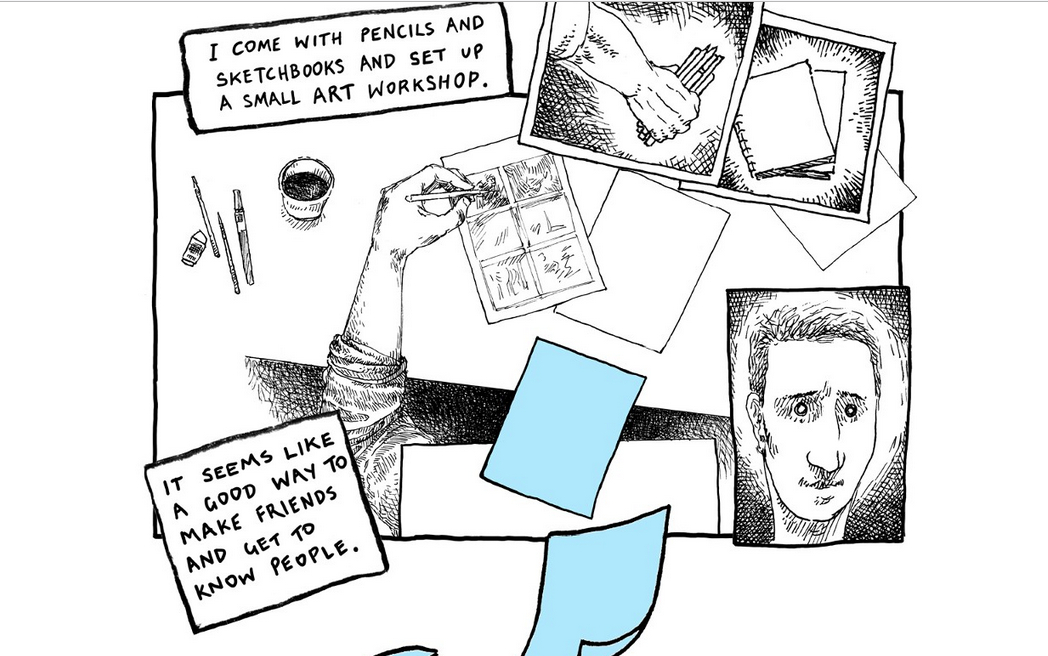 In Australia, refugee activists are stridently protesting the deportation of a 60-year-old Iraqi man after his right to appeal the rejection of his refugee status was knocked back. Activists say he is not in fit health to be deported, and that he will face persecution if he returns to Iraq.

Protestors from the Refugee Action Coalition last month blockaded the man, known as Saeed, being deported from Villawood Detention Center in Australia. But his solicitor says the Department still has him listed for deportation in the near future.

The move comes as refugees languishing in Australia’s offshore detention centers undergo a stringent vetting process, after Donald Trump ceded to Obama’s deal to have eligible refugees resettle in the U.S. Georgia Clark has this report.

The man known as ‘Saeed,’ who cannot be identified out of fear for his safety in Iraq, staged a three-week-long hunger strike after the Australian government rejected his petition for refugee status. The man was slated for deportation late last month when activists formed a blockade on the road leading to the detention center.

Attorney Alison Battisson from Human Rights for All has been representing Saeed since he received his deportation notice.

Saeed came to Australia four years ago and has been living in immigration detention in Melbourne ever since. His initial application for refugee status was knocked back by the Department of Immigration and a Tribunal merits review was also later rejected. It wasn’t until years later that he understood his right to appeal the Tribunal’s decision. But the Federal Court rejected his application for appeal, saying that the 30 day appeal period had lapsed.

Battisson says the complexities of the system stack the odds against refugees: “It’s​ ​a systemic​ ​issue​ ​in​ Australia’s ​legal​ ​system, it’s​ ​that​ ​you​ ​have people​ ​coming​ ​to​ ​Australia​ ​seeking​ ​asylum,​ persecuted, already quite damaged and distressed.​ ​Then they’re​ ​introduced​ ​to​ ​a​ ​legal​ ​system​ ​which is very​ ​different ​to​ ​their​ ​one back​ ​home​. Either the asylum seeker doesn’t realize that it’s a 30 day period in which they have to appeal​ ​or​ ​they​ ​get​ ​lost​ ​in​ ​the system.”

Battisson says that the last resort, an application to the Immigration Minister for ministerial intervention, was also denied.

The move follows two separate attempts by the Trump administration to temporarily block already-approved refugees from resettling in the U.S. President Trump is also trying to back out of an agreement made by his predecessor to accept an unknown number of refugees in Australian-run offshore detention centers like Nauru and Manus Island.

Professor Mary Crook says the current status of the deal is uncertain: “We know nothing about the deal. We don’t know who is likely to be accepted. We know that not everyone will be accepted. The problem is we have a number of people languishing on Nauru and Manus Island who have no prospects of going to the U.S. and nothing seem to be done to find places for those people.”

Even if the U.S. resettlement deal goes through, it does not apply to immigrant detainees on the mainland, like Saeed. Battisson says that despite the knockbacks, she is still hopeful for him.

The Shadow Minister for Immigration and Border Protection was contacted, but unable to provide comment.

Saeed’s story​ ​has reverberated​ ​internationally,​ ​amidst​ ​growing​ ​concerns​ ​about​ ​Australia’s​ ​treatment​ ​of​ ​its​ ​refugees​ ​in controversial offshore​ ​detention​ ​centers. But with all avenues for appeal exhausted and his name listed for deportation, activists fear Saeed’s deportation is inevitable, and indicative that Australia is unwilling to reverse its hardline stance towards refugees.