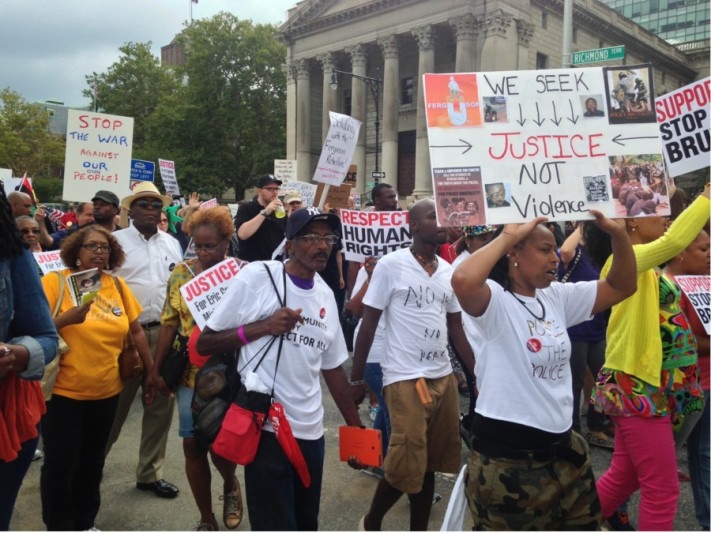 A Staten Island grand jury announced Wednesday that it decided not to indict NYPD officer Daniel Pantaleo for his role in the July 17th death of Eric Garner. Cell phone footage showed Pantaleo place Garner in a choke hold then wrestle him to the ground and pin Garner in place while other officers handcuffed him. Garner, who suffered from asthma, said eleven times that he couldn’t breathe.

The police had initially approached Garner for allegedly selling loose, untaxed cigarettes. The NYPD 2013 Patrolman’s Guide bans the use of choke holds. The medical examiner who conducted the autopsy of Garner’s body ruled the death a homicide.

The Staten Island grand jury’s “no bill” decision comes less than two weeks after a St. Louis County grand jury opted to not indict Ferguson police officer Darren Wilson for the shooting death of Michael Brown. In both cases, the officers are white and those killed were black.

After news of the grand jury decision broke, Wednesday, U.S. Congressman Hakeem Jeffries, along with six members of the New York congressional delegation, renewed their call for the U.S. Justice Department to conduct an independent investigation.