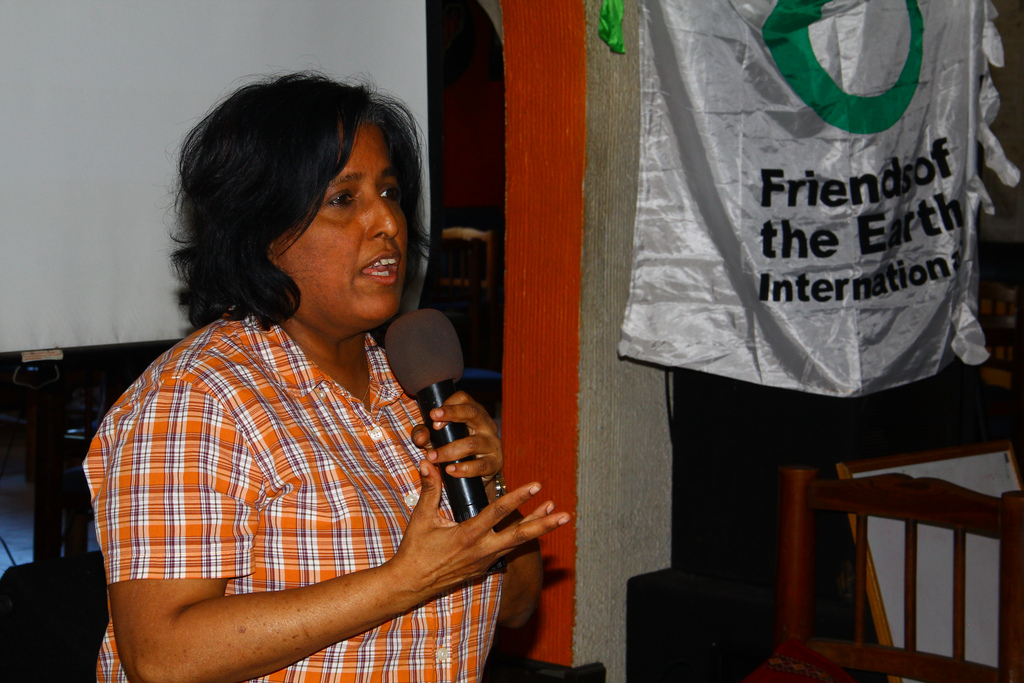 A major climate change report released today by UN scientists has found that human influence is the dominant cause of climate change and calls for “substantial and sustained reductions” in greenhouse gas emissions in order to avert serious consequences. The Intergovernmental Panel on Climate Change report outlines alarming trends in warming oceans, increasing droughts and heat waves and rapid sea level rise. For more, we’re joined by Meena Raman, the climate change negotiations expert with the Third World Network. She’s in Stockholm, where the meetings have been taking place this week.