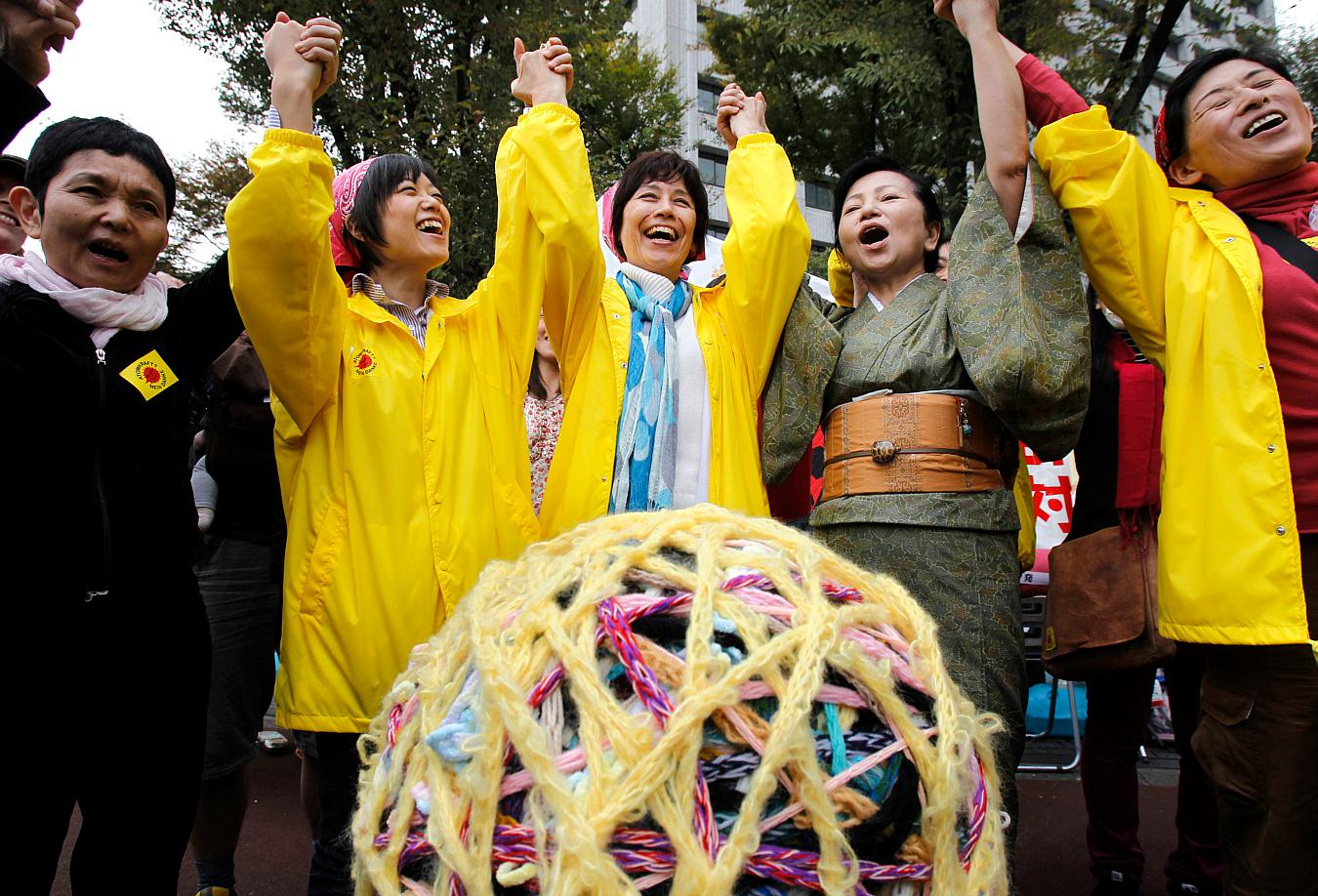 The 2011 nuclear disaster in Fukushima led to the closure of fifty reactors and sparked a nationwide refection on the role of nuclear power in Japan. The full extent of the disaster remains unknown.

While public opinion polls in Japan show nuclear concerns are a top priority, the recent electoral victory of a party which has been supportive of nuclear power has many citizens and activists alike wondering if the industry is on the brink of a comeback. Claudia Cragg reports.

The effects of the reactor meltdowns and radioactive leaks are still impacting Fukushima’s air and sea years after a 9.0 magnitude earthquake and tsunami destroyed the area’s nuclear power plant. The plant’s operator, Tokyo Electric Power (TEPCO), is in charge of the cleanup. But critics say oversight is lax and, even after the disaster, the company continues to operate with little transparency. The disaster was, however, enough to prompt a de-facto moratorium on domestic nuclear energy production pending safety reviews of all plants. The last of the operating plants closed in September of last year. Japan has now had its longest nuclear-free period since the 1960s.

But with the high costs of oil and gas hurting the balance of trade and the economy stagnating, some politicians have suggested it’s time to give nuclear power another chance.

One of the most powerful supporters of the industry is Prime Minister Shinzo Abe. In a recent parliamentary speech in front of the Diet, Abe pledged to restart nuclear plants with safety “upgrades” after reviews by a new post-Fukushima Nuclear Regulation Authority. He also makes public statements suggesting the radiation in Fukushima has been mitigated.

But many continue to have concerns about the safety of the plant and the food sourced near it. Aileen Mioko Smith is with the environmental group, Green Action Japan.

“Parents want to find out where the food come and they want the food examined regularly. In Kyoto I have grandson now 5 months old. Well, how do we continually avoid everyday any contamination from Fukushima. It’s very difficult. You can’t put a geiger counter in your fish to find out what the levels are.”

What most disturbs Mioko Smith and many Japanese activists is the government’s insistence on putting the post Fukushima safety burden on its citizens rather than giving teeth to regulators.

“You are supposed to monitor yourself and find out much radiation you have but the onus should be on Tokyo Electric and the Japanese govt to make a safe environment for children”.

Those willing to take preventative measures to minimize their exposure must contend with a lack of clear public information about the extent of nuclear contamination. According to physician and antinuclear activist, Dr. Helen Caldicott, neither a realistic assessment of the problem nor a viable solution has been determined… and that the threat from the damaged plant itself persists.

“Things are very grim. And there seems to be no end in sight to that. If there’s another earthquake greater than seven on the Richter scale (and there were two the other day about five), Building Four could collapse, and down would come a cooling plant full of about 400 tonnes of very radioactive fuel that could catch fire, releasing ten times more cesium than was released at Chernobyl.”

Radiation exposure in Japan is sensitive given its past exposure through the Hiroshima and Nagasaki WWII bombings, yet apart from the Japanese scientists and nuclear engineers involved with the Citizens’ Nuclear Information Center, few appear willing publicly to gauge academically the medical and environmental effects of the disaster.

Aileen Mioko Smith would like to see pressure from the international community on the issue.

For now, Japan’s de-facto moratorium on nuclear energy remains in place while questions about the true extent of the Fukushima disaster linger.