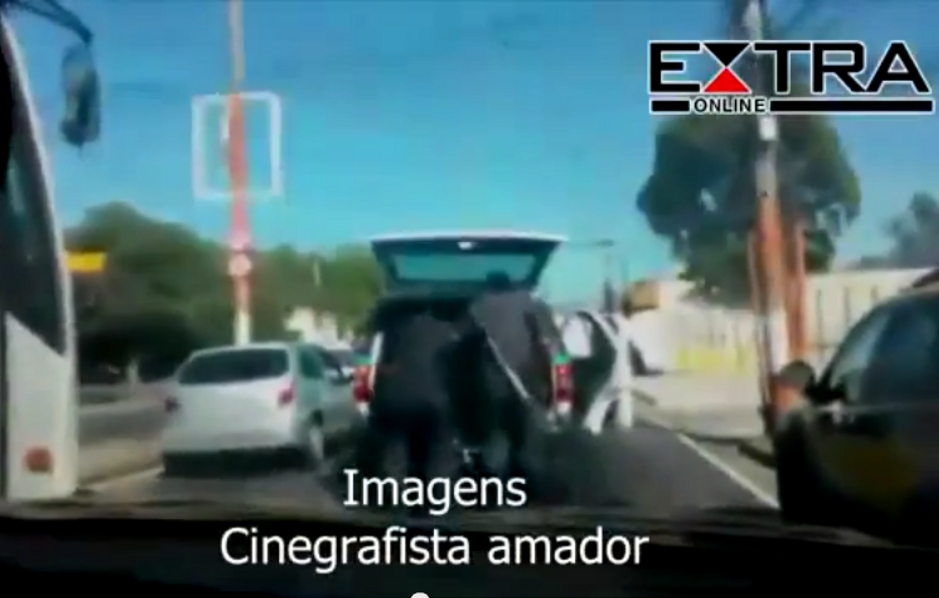 In Brazil, the death of a working class woman, dragged by a police car has caused outrage amongst human rights organizations. President Dilma Rousseff took to Twitter to offer her condolences to the family and said that the nation is shocked. Many see the case as emblematic of a long-standing history of police abuses targeting the residents of Rio’s favelas. FSRN’s Sam Cowie reports from Rio de Janeiro.

Sunday’s death of 38-year-old mother-of-four Claudia da Silva Ferreira has dominated the Brazilian media all week. On Monday an amateur video captured by a driver was sent to local news channel Extra and went viral shortly after.

The video showed an open trunked military police vehicle dragging a woman’s body along one on one of Rio’s busiest roads.

“The police arrived in the morning, and they arrived firing!” a witness who asked to remain anonymous told Brazil’s G1 Network. “A woman, who was a worker, was hit by a bullet and they just continued shooting!”

Ferreira, a hospital worker had gone out to buy bread from a local bakery and was injured during a shootout between police and the armed drug traffickers who control the favela. The policemen put her into their patrol car’s trunk, which opened by accident when it drove off.

Ferreira was dragged for more than 300 meters – about a fifth of a mile – hanging on to the bumper by a piece of clothing, before the car stopped at a red light. The amateur video shows how two policemen then got out of the car, put Ms. Ferreira back in the trunk and drove to a nearby hospital, where she died.

Her daughter Thais Lima, who was at the scene when Ferreira was put into the car. “They thought she was a criminal, they were saying all sorts of things about her, then they fired a shot into the air,” said Lima to Brazil’s RD News Network. “They said she was a villain, that she used to make breakfast for gangsters, and then they started abusing the residents who were there.”

Relatives said Ms Ferreira added that if it hadn’t been for the video, her death would be merely be another statistic.

The same night, members of the local community rioted, burning two buses and blocking a stretch of road. In addition to her own four children, Ferreira was also raising four nephews.

Several prominent human rights organizations working in Rio said that the incident is a grave example of how Rio’s military police view favela residents as ‘enemies of the state.’ Amnesty International estimates Rio police kill as many as 1000 people a year on average.

(Photo: Screenshot of the amateur video released to Jornal Extra)