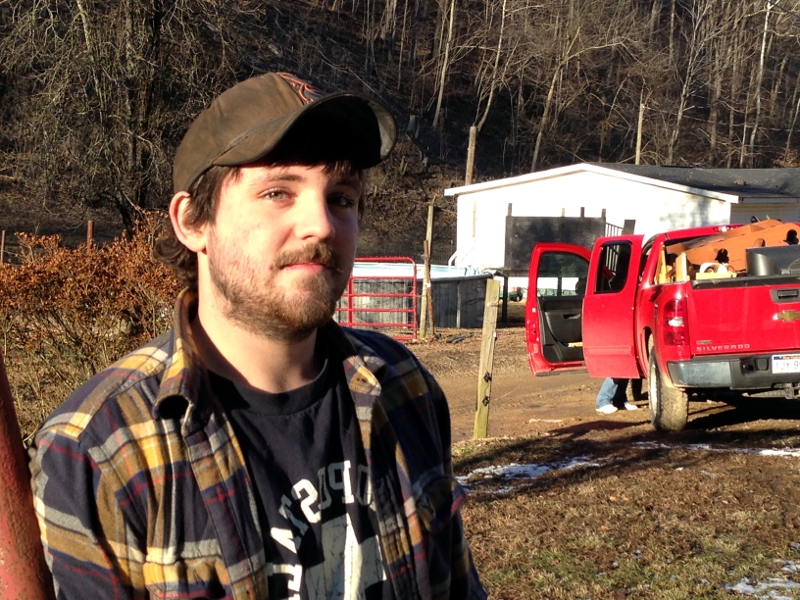 The 300,000 residents of West Virginia whose water was contaminated by a January 9 leak of MCHM, a chemical used in coal processing, finally got some information from a source they can trust. A group of outside experts studied the spill and its consequences and reported their findings this morning at a press conference outside Charleston, the state capital and ground zero for the spill. Melinda Tuhus visited West Virginia and files this report.

Shortly after the leak of MCHM was reported, Andrew Whelton, an assistant professor of civil engineering at South Alabama University, drove to Charleston to advise residents on how to flush out their water systems to minimize contact with the chemical. He went as a volunteer, but because of his early efforts, he and a colleague, Jeffrey Rosen of Corona Environmental Consulting, were awarded a three-quarters of a million dollar grant by the state of West Virginia for the West Virginia Testing Assessment Project, or WVTAP. They put together a global team of experts to study various aspects of the disaster.

At the press conference, Whelton explained that state officials set the screening level for the population at 10 parts per billion, because they couldn’t detect MCHM at any lower level. So they declared the water was safe to drink at that concentration. But one of the experts in the study, his colleague Mike McGuire detected MCHM at 0.15 parts per billion.

“Throughout the incident, the state, as well as the utility, was declaring that the chemical was not present at a certain level,” said Whelton. Under that threshold, authorities were reporting a “non-detect at 10 parts per billion” while area residents said their water smelled like licorice. Whelton said the work of his colleague, Dr. McGuire “demonstrates that just because you can’t detect something doesn’t mean it’s not there, and it’s not causing problems.”

The researchers are testing the water in 80 homes; 10 homes each in 8 of the 9 affected counties in the affected area. In one of those groups of 10 homes, they found the highest level of MCHM was 6.1 parts per billion. Whelton said some other investigations are continuing.

Still, almost three months after the leak, according to interviews and news reports, most residents were not drinking the water, though most were using it for other purposes since the Do Not Use order was lifted several days after the initial spill.

Jacqueline Hill was one of the first people to notify state environmental authorities that there was something wrong with the water: it smelled like licorice. She said when she flushed it the first time after noticing the smell, she was overcome by fumes and felt like she was choking to death.

“They don’t even have stats on this mess that was dumped in the water,” Hill told FSRN earlier this month. “They don’t know what the reaction’s gonna be later on down the road. I haven’t taken a shower, I haven’t put in my teeth to soak, I haven’t drank the water, I haven’t washed my clothes. I haven’t done anything with that water except to flush it. That’s all it’s fit for. All they’ve done is lie. This is awful.”

Three weeks after that interview, she said by phone that she still isn’t drinking the water, or soaking her dentures, or washing her face with it, but she is using it for other things.

Kira McNabb and her partner are both disabled and low-income, and were happy to get a free bottled water delivery from volunteers with the West Virginia Clean Water Hub. She, too, was frustrated by how all the involved parties handled the disaster, from Freedom Industries, the MCHM storage company where the leak originated, to the West Virginia American Water Company to state officials.

In Prenter Holler, about an hour from Charleston, residents have faced a double whammy. Their well water was contaminated years ago by coal operations in the area, and serious illnesses plague many in this small community, including DJ Estep, a 21-year-old with kidney disease. More recently, they were connected to the public water supply, and were within the area of contamination.

Estep says the symptoms of his disease flared up after he drank tap water after the spill: “I was urinating blood and vomiting blood up. I was real sick the first week or so. I had a fever real bad and I had serious pains in my sides and my back, lower back.”

He says his cable TV was out and he didn’t even know about the leak for several days after it was reported, until he went to visit some friends and filled a glass with water from the tap, and they all looked at him like he was crazy. He was adamant the leak and subsequent Do Not Use order could have been prevented. “When somebody has a job, they’re supposed to do their job,” said Estep. “It sounds like somebody wasn’t doing their job or we’d have found out when it actually happened.”

The leak was not reported by Freedom Industries or the water company but by the Department of Environmental Protection, after it received many complaints like Jacquie Hill’s. Freedom Industries subsequently acknowledged that another chemical had also leaked earlier than reported. A federal criminal investigation of the company’s role in the matter is ongoing.