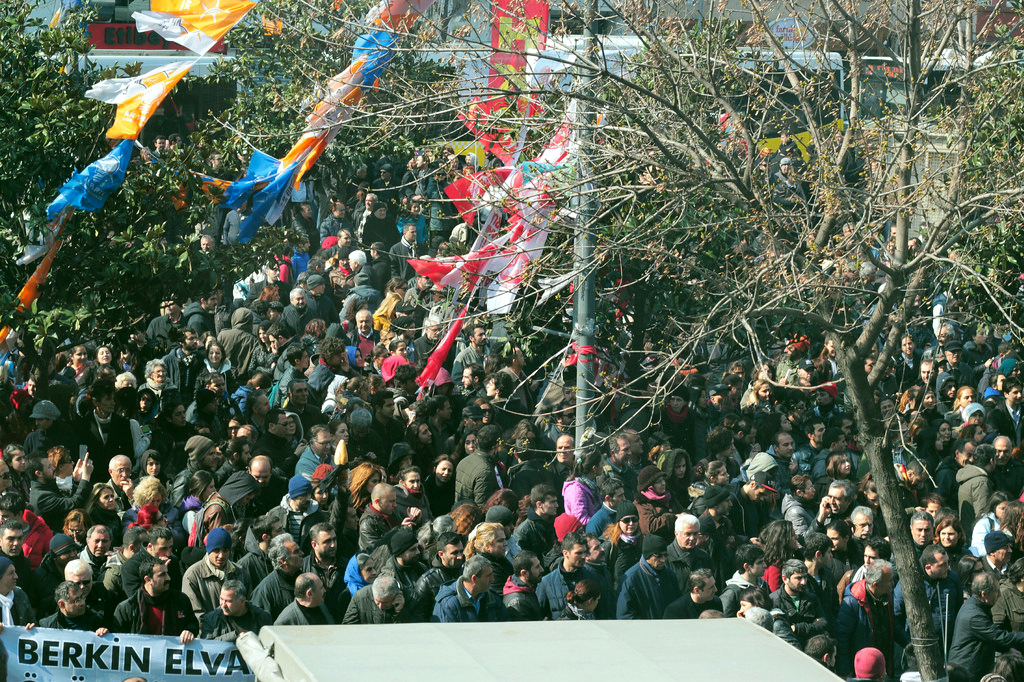 In Turkey, some of the largest crowds since last spring’s Gezi Park protests clashed with riot police following the funeral for a 15-year-old boy who died Tuesday after nearly nine months in a coma from injuries sustained by police.

Berkin Elvan was reportedly just a bystander when he was struck in the head with a gas canister near his home in Istanbul during last June’s protests that swept across the country. FSRN’s Jacob Resneck reports.

Mourners chanted the names of those who had lost their lives at the hands of police since last June when the Gezi Park protests erupted across Turkey.

The Gezi Park unrest was sparked by a local protest to save a central park in Istanbul but spiraled into a countrywide movement against rising authoritarianism in Turkey. It’s been largely dormant since last summer though police crackdowns continue on even small demonstrations as the country heads into elections seen as a key test for the ruling AK Party which has been in power for the past 11 years.

A funeral procession that the semi-official Anadolu news agency put in the tens of thousands chants “Berkin Elvan only lived for 15 years.” The teenager’s death has become a rallying cry that could reignite public anger against police repression.

Elvan’s peers said the boy was a respected high school student in this tight-knit neighborhood.

Right here in the Okmeydani neighborhood, he was struck in the head by a gas canister and he fell into a very deep coma,” said 17-year-old Dilan Poyraz. “He was targeted by the police, shot in the head, when all he was doing was going out to buy a loaf of bread.”

Elvan’s story has become a symbol for resistance against the ruling party whose prime minister spent the day campaigning for local elections and has yet to comment on the mass protests.

Poyraz says the people will hold these leaders to account. “The prime minister has congratulated the heroism of the police. But we’ll show them heroism – it will be heroism of resistance,” she said.

As darkness fell, police moved in to block protesters from entering Taksim Square, the epicenter of last spring’s Gezi Park protests. Clashes continued into the evening as tens of thousands face down water cannons, rubber bullets and tear gas in scenes reminiscent of 2013.