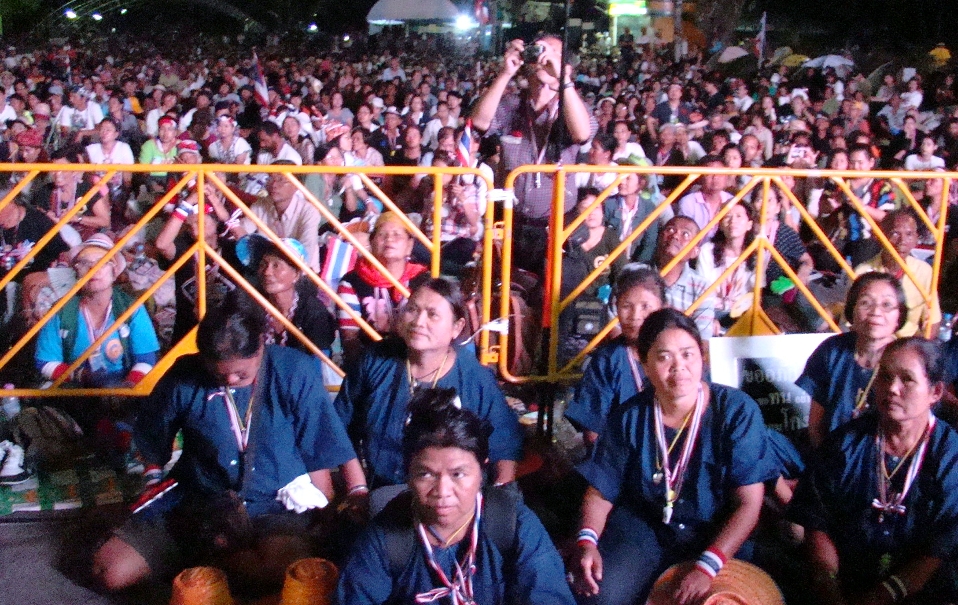 The struggle in Thailand between Prime Minister Yingluck Shinawatra’s administration and anti-government groups is increasingly shifting to the courts to decide the government’s fate. As Ron Corben reports the governing Pheu Thai Party faces growing challenges, leading supporters in northern provinces to call for  secession and arming groups to counter the anti-government movement in Bangkok.

But after four months of ministry occupation, acts of civil disobedience and protest marches, the People’s Democratic Reform Council or PDRC failed in its objective. More than 20 people died and hundreds were injured during clashes with security forces and attacks on protest sites.

PDRC spokesperson, Akanat Promphan, called the campaign “measured in its success” despite failing to see Ms Yingluck quit. “It’s an achievement, it’s not a victory,” said Promphan. “A victory would mean Khun Yingluck resigning but it is an achievement in the way that at the moment Khun Yingluck is on the run. The government is not functioning properly.” He added government officials are also increasingly concerned about the political outlook, with health workers recently calling for the government to step aside.

The Prime Minister has been traveling in northern provinces, a government stronghold.

A general election last month failed to end the crisis. The vote came amid PDRC protests that prevented candidate registration and a boycott by the main opposition Democrat Party. Now more than a month after the polls and without a new Cabinet in place, legal challenges to the government’s legitimacy are beginning to mount.

The governing Pheu Thai Party is pushing for the vote to completed in all constituencies.

Smarn Lertwongrath, a senior Pheu Thai member, remains optimistic the election process can be completed in the weeks ahead. “We still push for the completion of the election, but the election commission they are working for the other side,” he said. “If the process of the election is going on I think it can be done, it can be done.”
The Thai military and other concerned parties have attempted to broker talks between the two sides. But so far the negotiations have seen little progress.”

Pro-government supporters, largely based in the northern provinces, are now increasingly anxious over the government’s fate in the face of the legal challenges.

Some leaders from the pro-government red shirt movement are  calling for secession of northern provinces and marshaling of up to 200,000 men to challenge the PDRC and the Thai army.

Panitan Wattanayagorn, a political scientist from Chulalongkorn  University, says with the government facing more legal challenges, the threat of violence by pro-government supporters is mounting: “All of this will maybe push the government supporters to be more aggressive as they are cornered; so some of the militant wings may turn violent, some of them have begun to be more aggressive toward the issues of the use of force by calling up young strong men signing up these people to form an army.”

The Thai military has boosted troop deployments on the streets of Bangkok, already under a state of emergency. And Panitan says the possibility of attacks and intimidation against judges and institutions should not be ignored.