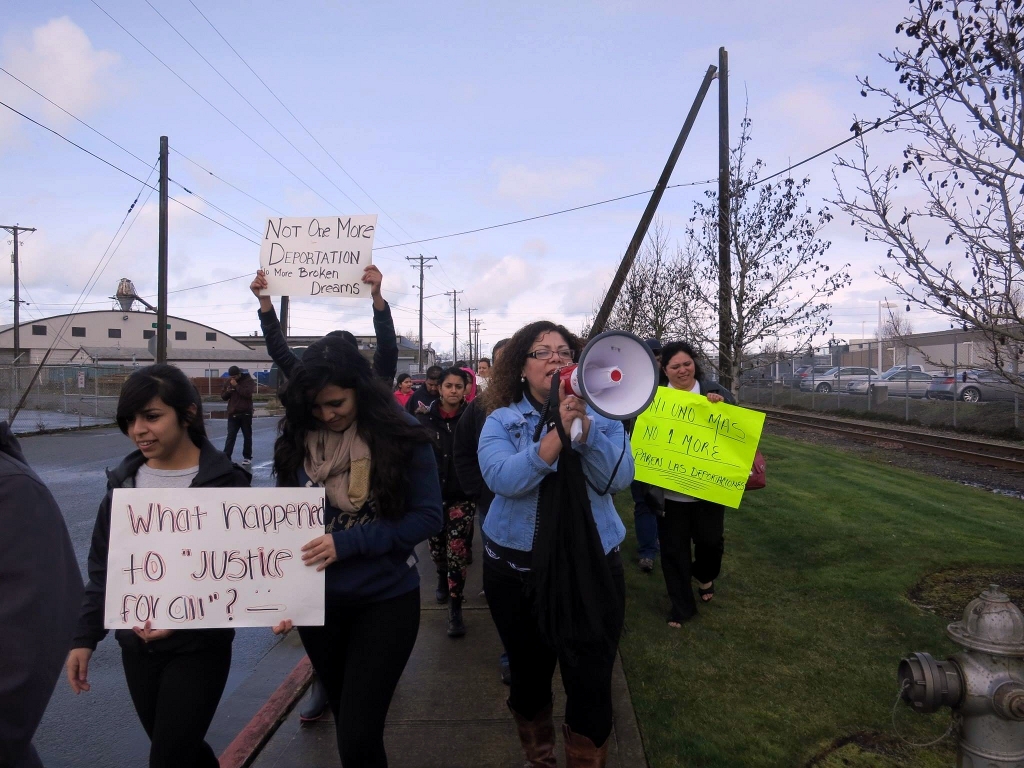 Immigration detainees at the Northwest Detention Center in Tacoma, Washington began a hunger strike last week to protest conditions at the facility. At the start of the action, ICE confirmed to the Associated Press that around 750 detainees were participating in the strike, a number ICE has since dramatically revised downward.

For more on the hunger strike, we’re joined by Angelica Chazaro, immigration attorney and Professor at the University of Washington Law School.