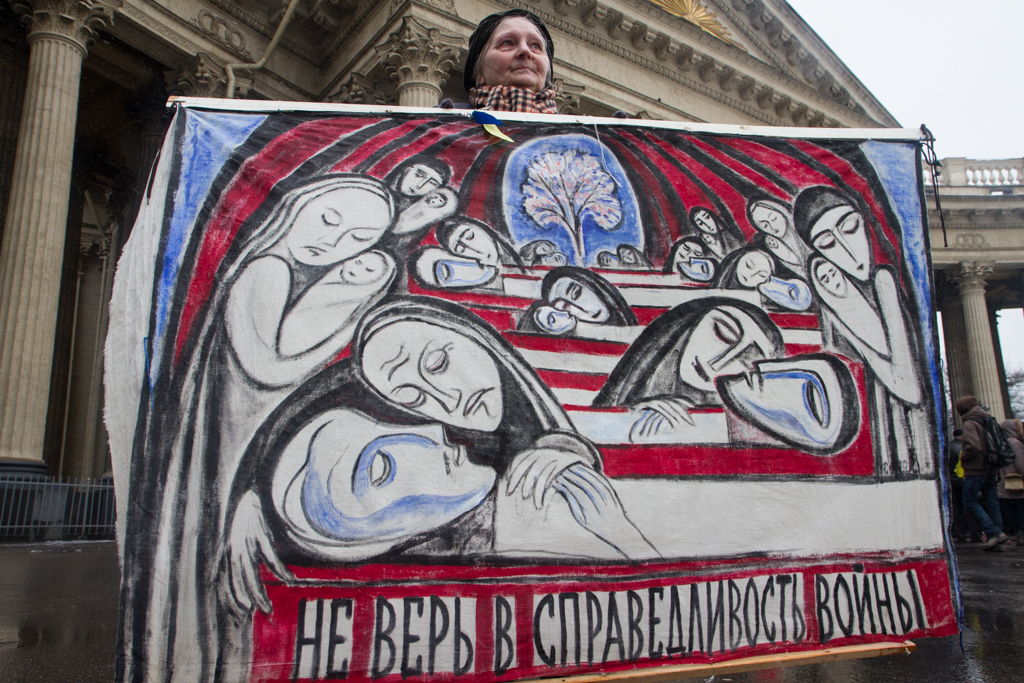 The United States and European Union imposed sanctions Monday on a handful of Russian and Ukrainian officials following the referendum that took place in Crimea on Sunday. More than 96 percent of Crimean voters supported uniting the peninsula with Russia, where tens of thousands turned out in rallies both for and against Russian involvement in the Ukraine. Ekaterina Danilova reports.

Eleven officials including deposed Ukranian president Victor Yanukovich are on the US list and 21 are on the EU list. The sanctions prohibit their entry into the United States and the EU countries, and freeze any bank accounts they may hold there.

Today the Crimean parliament passed a resolution declaring Crimean autonomy from Ukraine and asking Russia to incorporate Crimea as a new territory with the status of a republic. The breakaway peninsula also applied to the UN for acceptance as a new republic.

Japan, Canada, the US and the EU all said they don’t accept the referendum because it contradicts the Ukrainian constitution, but the Russian government claims the vote corresponds to the norms of international law.

Ukraine’s interim president said Monday that the situation in Crimea has worsened since the poll and asked the parliament to authorize the partial mobilization of Ukrainian military forces. Over the weekend in Moscow, tens of thousands of people took part in the “March for Peace” against annexation and war.  At another rally in Moscow thousands demonstrated in support of annexation. In St. Petersburg, around 300 people gathered at an anti-war rally.

Tatiana Dorutina is from the group Democratic Petersburg, one of the organizers of the rally. She says the actions of the Russian government have led to a split within the country and Russia’s isolation from the international community.

Dinar Idrisov is a human rights lawyer opposed to annexation of Crimea. He says that the success of popular protests in Kiev scared the Russian elite, and they have used the media to spread misinformation.

“They used the dirtiest methods of inciting hatred and evil, bad feelings in people. I am of course very sorry that so few people came to this anti-war rally in St. Petersburg. But that’s explained by the powerful propaganda on all media outlets, the absolute censorship of opposing opinions, and of course the  fear that comes from mass detentions and beatings of activists and administrative and criminal sanctions against them.”

The EU plans to introduce more sanctions in the next days. Russian President Vladimir Putin will announce his position on Crimea tomorrow. 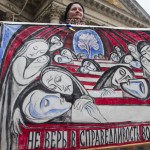 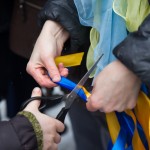