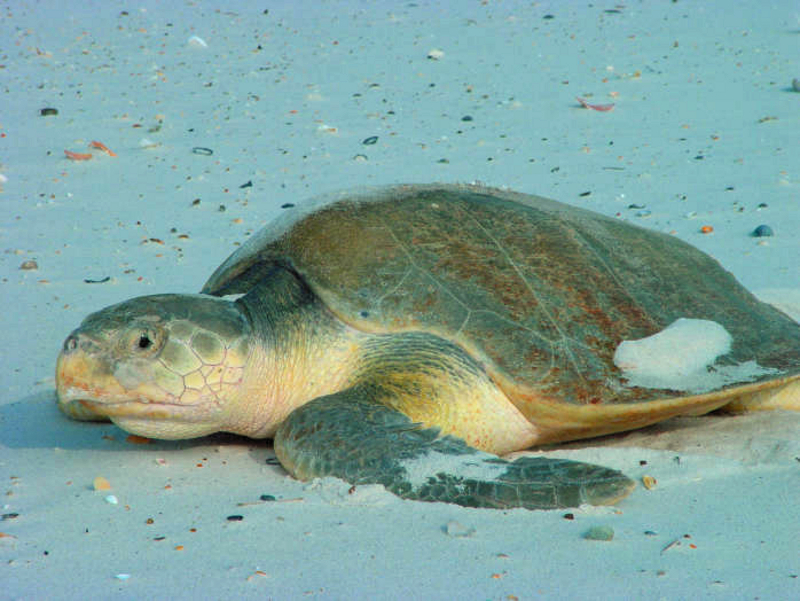 It’s been nearly four years since the Deepwater Horizon oil rig exploded and led to what many call the worst human made environmental disaster in U.S. history. The body of scientific evidence documenting how the spill has affected marine life and their habitats in the Gulf of Mexico is accumulating, but the trial to determine fines which will fund restoration efforts is on hold until 2015. Shannon Young reports.

Scientists who study and monitor marine life in the Gulf of Mexico say the full environmental impacts of the Deepwater Horizon disaster are still unclear nearly four years after the rig explosion and subsequent underwater oil spill.

“Unfortunately much of the science is still under wraps due to the BP trial which continues to drag on – it’s underway – and much research remains to be done,” says Doug Inkley, senior scientist at the National Wildlife Federation. The organization released a report this week detailing what is known thus far about the effects of the spill on 14 Gulf species, including bottlenose dolphins, bluefin and yellowfin tuna, sea turtles and oysters.

According to Inkley, not even the clean up operations are complete. “Let’s be clear, no matter what BP or others are telling you, the oil is not gone,” he said this week in a teleconference. “There is oil on the bottom of the Gulf, oil is washing up on the beaches and oil is still in the marshes. I’m really not surprised by this, to tell you the truth. In Prince William Sound in Alaska, 25 years after the wreck of the Exxon Valdez, which spilled oil of course, there are still some species that have not fully recovered; two-and-a-half decades later.”

Dr. Pamela Plotkin, Director of Texas Sea Grant and research professor at the Oceanography department of Texas A&M, said the documented number of Kemp’s ridley nests plummeted by 35% from 2009 to 2010, the year of the BP disaster. “We’re really concerned, those of us who study sea turtles, that there have been some long-term impacts as a result of the oil spill,” commented Plotkin, adding that the number of nests have not recovered since 2010.

Plotkin said chances to recover gains in the Kemp’s ridley sea turtle population will require many years of monitoring and of protecting their nests. However, recovery efforts may fall victim to another human factor. “Last year, the U.S. Fish and Wildlife Service decided to reduce their funding for the nest protection and monitoring programs in Mexico and next year they’re going to withdraw their funding completely.” Plotkin said she doesn’t know the reason behind the funding cut, but that what it means in practical terms is that “now there will be no way to determine the ongoing status of the endangered species that was most likely to have been impacted by the spill.”

Funding for many restoration efforts will depend on the fines BP and other responsible parties will have to pay for Clean Water Act violations. Those fines have yet to be determined and the next BP trial court hearing isn’t scheduled until early next year.

Last month, BP reached an agreement with the US Environmental Protection Agency which will allow the company to once again qualify for federal contracts. “The federal government is indicating that – that side of the equation – they are prepared to to have BP go back to business as usual,” says Steven Murchie, Campaign Director of the New Orleans-based Gulf Restoration Network. “We ended up in this position because the regulators were too cozy with the industry they were supposed to be monitoring and we have not seen sufficient movement towards stronger enforcement, stronger monitoring, creating more of a firewall between the industry and the regulators.”

Murchie compares the process of holding the parties responsible for the Deepwater Horizon oil spill accountable to the way  in which tobacco companies in the U.S. were – for decades – able to deny the link between smoking and cancer. “Our perspective is that BP has still has not owned up to their responsibility to make things right here in the Gulf. They’re spending a lot of money on lawyers and public relations campaigns and fighting as hard as they can to avoid having to pay to fix the Gulf at least to as good as it was before the disaster.”

While the Deepwater Horizon spill did put a momentary damper on Gulf drilling activities, the business press is now filled with stories of a new deepwater oil boom. And the so-called boom isn’t just limited to U.S. waters. Late last year, the U.S. Congress ratified a bi-national treaty with Mexico to expand drilling activities in the Gulf.