Q & A: FAO’s Hirouyuki Konuma on the future challenge of growing more food with fewer resources 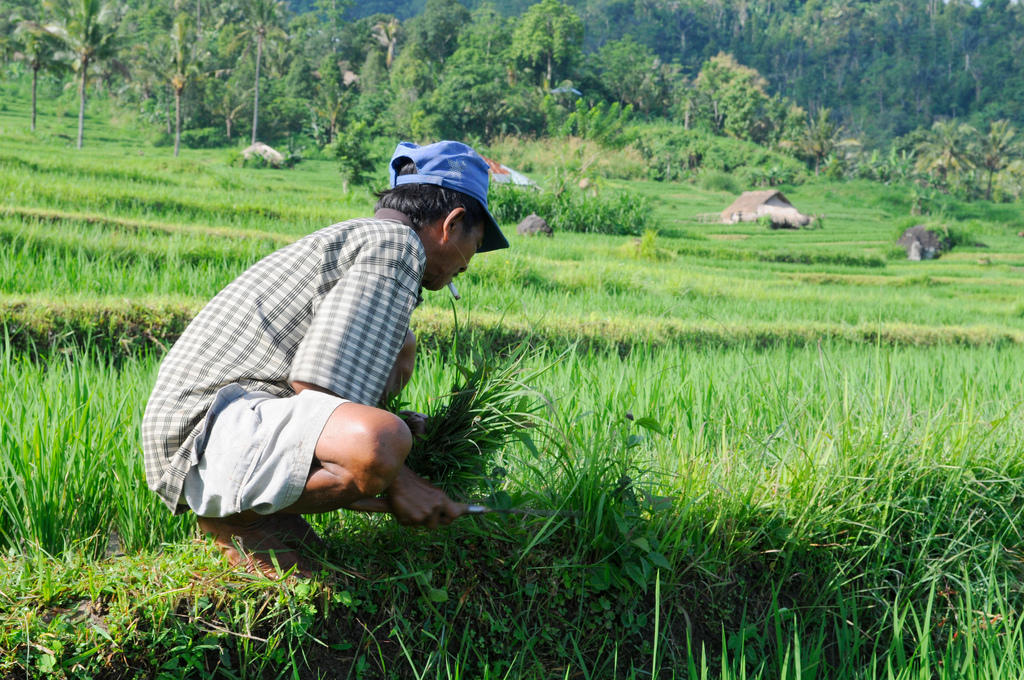 The UN’s Food and Agriculture Organization (FAO) representative for Asia and the Pacific, Hirouyuki Konuma, says despite food production currently ahead of demand, agricultural production must increase by 60 percent to meet the world population’s projected food needs in the coming decades. In an interview with FSRN’s Ron Corben, Mr. Konuma says declining amounts of arable land and fresh water resources are challenges and, despite production gains, millions still suffer chronic hunger.

KONUMA: We are concerned that one in each eight persons is suffering from chronic hunger. In total, about 842 million people on the planet are suffering from chronic hunger. It’s not really a matter of production or supply side, its access issues – poor people in particular and those who are disadvantaged living at the bottom of society. They do not have enough access to purchase food that they need or even farmers who do not have enough land to grow food for their own consumption.

FSRN: Mr. Konuma says population and food pressures will intensify ahead of 2050 as the world population nears 9.2 billion people from its present 7.1 billion. In the Asia Pacific, the middle class will also increase sharply adding demand pressures for more complex foods.

KONUMA: China, India, Indonesia are highly populated countries. Between 2009 and 2030, the middle income class will increase six fold. So what will happen? The demand for food will be very rapidly increase it has happened. The people gain more income tend to eat more food, buy more food, and waste more. So, we estimate that by 2050 the world need to increase food production by 60 per cent that will meet the demand at that time. This is worldwide. But we look at only developing countries, we estimate 77 percent increase is needed. This 77 percent increase is a more important fear because 98 per cent of the world population increase will be happening in developing countries.

FSRN: But Mr. Konuma is confident the world can meet the higher targets but it will be a challenge.

KONUMA: So where is the (food) increase to come from? At the same time, water resources are declining, water scarcity is taking place very rapidly. And agriculture consumes more than 70 percent of total water use. So if we are to increase food production by 77 percent in developing countries at the same time water is also declining. At the moment, FAO estimates theoretically we can meet up this food production increase. We are able to attain this goal by increasing yield per acre, productivity growth. For example rice and wheat alone, there are still yield gaps that can be narrowed from the potential.

FSRN: How does the issue of climate change fit into this whole problem of food security? What’s the challenge there?

KONUMA: Climate change is one of the most serious concerns and the uncertainties that we really have over what impact in the future.  According to the worst scenario the IPCC ( United Nations Intergovernmental Panel on Climate Change) provided some years ago – by 2080 the cultivated land on the planet will be reduced by 29 percent by 2080 due to sea water rising and temperature increase. If the cultivated land is reduced by 29 percent worldwide, it is a serious issue. Of course at the same time just cultivated land but also the productivity of cultivated commodities themselves – temperature changes and an increase of plant pests, animal pest – you never know. It’s happening already. It’s become a real serious existing issue, not just in the future – 30 – 40 years to come but it’s already — the impact of climate change is happening in the small island countries.

FSRN: Mr. Konuma says another troubling trend lies in the increase in production of bio-energy crops, and the threat they could be to existing food crop areas.

KONUMA: Uncertainties that we have is the rapid expansion of bio-energy development. It’s an important aspect of uncertainty that we have because the demand for bio-ethanol, bio-diesel, we anticipate there to be almost a doubling in the next 10 years and production will also be doubled. So what will happen? Naturally there might be some very serious competition on the use of land and the water between food crops and bio-energy crops.

FSRN: Given the high proportion of women working in the agriculture what is needed to improve their lives and perhaps the productivity of the work that they do?

KONUMA: It is clear nearly half of the agricultural labor force are women; and some countries in Asia women – more than men – are working in agriculture fields. And yet, in many developing countries the status of women is low and given less opportunity for training or capacity building or less opportunity for access to the loans or some other provision that the men farmers used to get. So a lot of consequences if women are given equal provision of support or capacity building opportunities. Often women are much more productive than the men if they are given the same opportunities. This has become one of the key factors – important element to increase food production in the future.