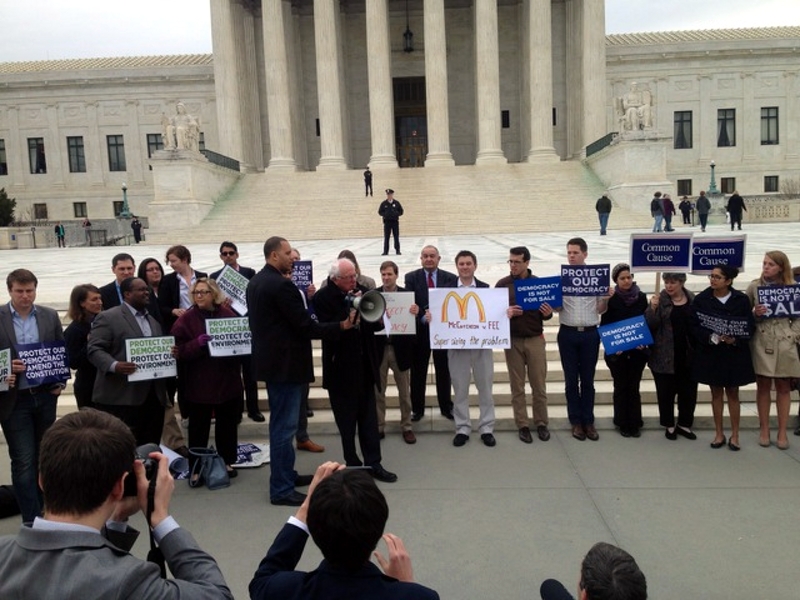 The U.S. Supreme Court handed down a major decision today in a case that challenged spending limits for campaign contributions. In its 5-4 ruling in the case known as  McCutcheon v. the Federal Election Commission, the high court repealed so-called “aggregate limits” on direct contributions to political candidates by wealthy donors.

The rationale behind the majority decision was that spending limits infringe on the “free speech” rights of those who want contribute more than $123,000 to candidates and political parties. Proponents of campaign finance reform say the decision will allow corporations and the extremely wealthy to further their influence on the U.S. political system.

For more on the ruling, FSRN’s Shannon Young spoke with Eddwin Bender, Executive Director of the National Institute on Money in State Politics.