Photographs by Clayton Conn. Hear and read his story on the drug war victims’ movement in Mexico. 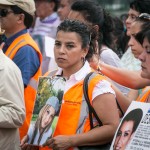 Members of the Movement for Peace with Justice and Dignity (MPJD), relatives of Mexico’s drug war victims, gather at the Estela de Luz monument in Mexico City to mark the movement’s three year anniversary. 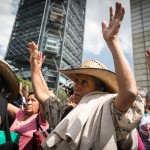 Many continue to criticize the government’s militarized strategy of combating organized crime, which continues to provoke violence and high homicide rates. 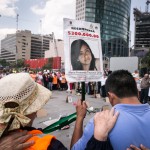 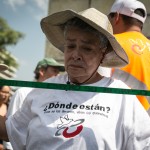 María Herrera has been one of the most visible and vocal members of the MPJD. Since 2008, four of her eight sons have disappeared; Jesús Salvador (24), Raúl Trujillo Herrera (19), Luis Armando (25), and Gustavo (28). 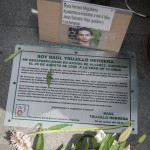 More than 30 plaques were bolted into the concrete at the Estela de Luz monument in Mexico City. The activists declared that the monument was now a memorial to the more than 100,000 people killed and 26,000 disappeared. 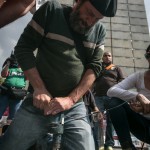 Daniel Jimenez Cacho, actor and celebrity, is one of many recognized figures who supports the victims’ movement. 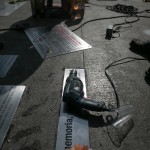 Although the media has reduced its coverage of drug war violence, activists hope that their actions will keep alive the memories of the victims as well as keep the issue central within the public mind.