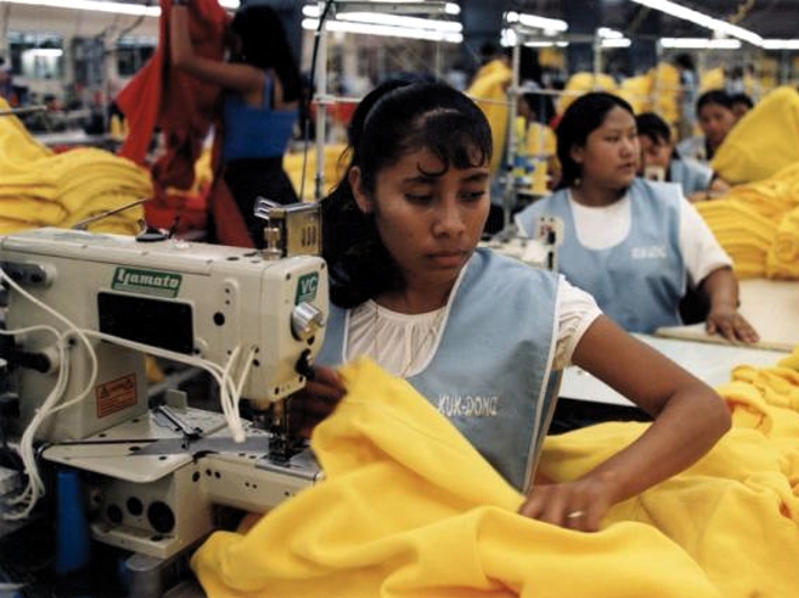 Over the past decade, economic growth in Brazil has attracted thousands of poor Bolivian immigrants to work in the textile sector of São Paulo; South America’s wealthiest city. Many of those who lack proper documents, money and shelter, end up working in illegal sweatshops. From São Paulo, Sam Cowie reports.

An estimated 50,000 to 200,000 Bolivians live in São Paulo. The numbers vary so drastically because most enter Brazil overland and do not register with the authorities.

“Our situation is difficult but at least we have work,” says 23-year-old Oscar Merrera, who has worked in the textile industry since he arrived in São Paulo five years ago from the Bolivian city of Cochabamba. “It’s not easy, but we get used to it. We work a lot you know? Like, 7am to 10pm each day.” Merrera sends money back home and intends to return to Bolivia in two years.

As Bolivian immigration into São Paulo has increased over recent years, so have the documented cases of exploitative labour practices in the textile industry.

Luis Alexandre Faria, a Labour Ministry inspector in charge of coordinating investigations into sweatshops in São Paulo, says many Bolivians arrive in São Paulo without money or place to stay and owing fees to human smugglers. He adds that it’s very common for new arrivals to “work for nothing, for maybe the first five months, until they have paid off the debts that they accumulated from travelling here.” These conditions make undocumented Bolivians extremely vulnerable to debt bondage.

The new arrivals usually find work in cramped, precarious spaces, shared by multiple families known as ‘offices.’ Workers often sew for upwards of 16 hours a day for pay that is far below minimum wage.

Faria says he has found workers who earned USD$40 a month. The offices also double as living spaces. For children living in these conditions, respiratory infections are rife.

A law passed in 2009 gives all foreign workers found in sweatshop conditions the right to remain in Brazil.

Companies found guilty by the Supreme Court of using sweatshop labour are put on a ‘lista suja’- a “dirty list”, which makes it difficult to do business in Brazil.

‘O.P.’ – who uses only his initials to remain anonymous – came to São Paulo with his wife and two children four years ago. They came from the poor rural outskirts of a city in central Bolivia. Another Bolivian brought them to São Paulo.

OP says he and his wife worked for a Korean boss from 6am until midnight, every day, for a combined monthly salary of USD$650. São Paulo state’s minimum wage for sewing work is USD$450 per person per month for a 35-hour week.

The 31-year-old Bolivian says Korean bosses tend to pay very little, adding as examples, “one dollar or maybe seventy cent per piece for things that require a lot of work: T shirts, dresses. And then they sell the pieces for much more – twenty five dollars or maybe thirty five dollars.” He says those without papers are not in a position to be able to demand better working conditions.

The São Paulo Ministry of Labour and Employment recently found O.P. and his wife working and living in a tiny one room office in what authorities described as sweatshop conditions.

O.P. and his wife were unknowingly producing clothes items for a large Brazilian brand for US$4 or US$5 per piece which would then be sold for up to $300 each. A third party subcontractor had hired the couple. The brand, ‘M Officer’, has denied any knowledge of the working conditions but was ordered to pay O.P. $2200 in compensation. Under the 2009 ruling, he and his family have the right to stay in Brazil.

While São Paulo’s sweatshop trade has traditionally been dominated by Koreans, experts now say that the market is being taken over by smaller Bolivian run offices.

In March, the Ministry of Labour raided an office in Itaquequecetuba, about 26 miles from central São Paulo, and found 14 Bolivians working in sweatshop conditions.

According to Faria, the governmental investigator, due to an increase in sweatshop raids and rising rents, sweatshops that were mainly situated in central São Paulo are now moving to the city periphery and to the interior of the state – farther away from the eye of the authorities.