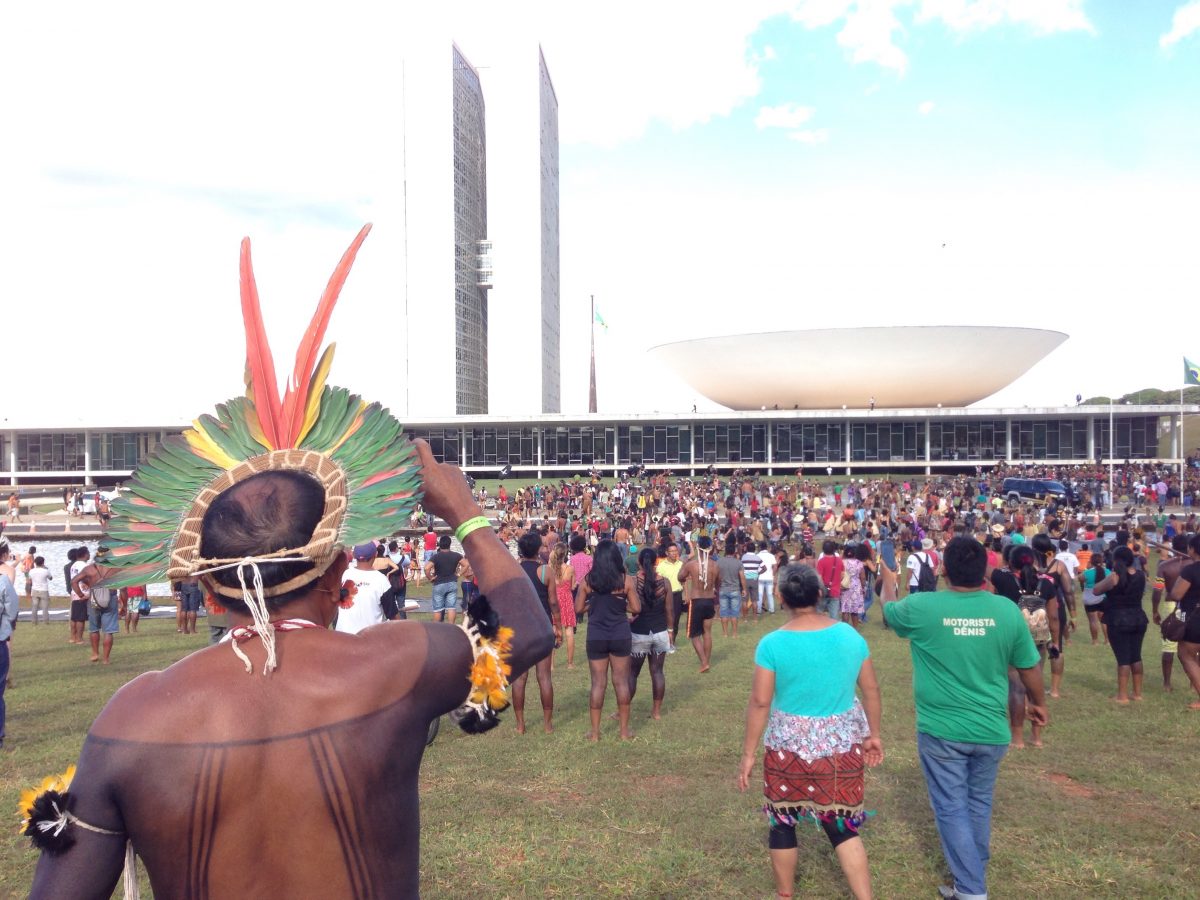 An Indigenous protest in Brazil’s capital Brasilia erupted in violence Tuesday, with police firing gas and rubber bullets to push back the protesters from the seat of Congress. The demonstration is part of a four day, mass mobilization of Indigenous leaders from across Brazil who gathered in the capital, calling for land rights and against the weakening of indigenous institutions and anti-Indigenous legislation. From Brasilia, Sam Cowie reports.

Kleber Karipuna, an indigenous leader from the Amazon state of Amapa, said that it was a peaceful protest that turned violent because of the police.

“What happened today was a demonstration of how this illegitimate government treats its people, in our case, indigenous people: with total disrespect, not fulfilling their duties, being confrontational and attacking indigenous people like they have always been attacked,” Karipuna says.

Indigenous groups from across the country are camped near the seat of Congress as part of a four-day mobilization of indigenous people in Brazil called Free Land Encampment, an annual event now in its 14th year, organized by the Articulation of Brazil Indigenous People.

This year’s event is focusing on indigenous demarcations, which give indigenous people land tenure and legal mechanisms to defend their territory against encroachment by invading groups, like illegal loggers or miners.

The process of enshrining demarcation in law has stalled and no new territorial demarcations have been decreed in more than a year.

The event comes as indigenous leaders say their communities’ rights are under increasing threat from a government heavily aligned with agribusiness and resource extraction interests in the midst of economic recession.