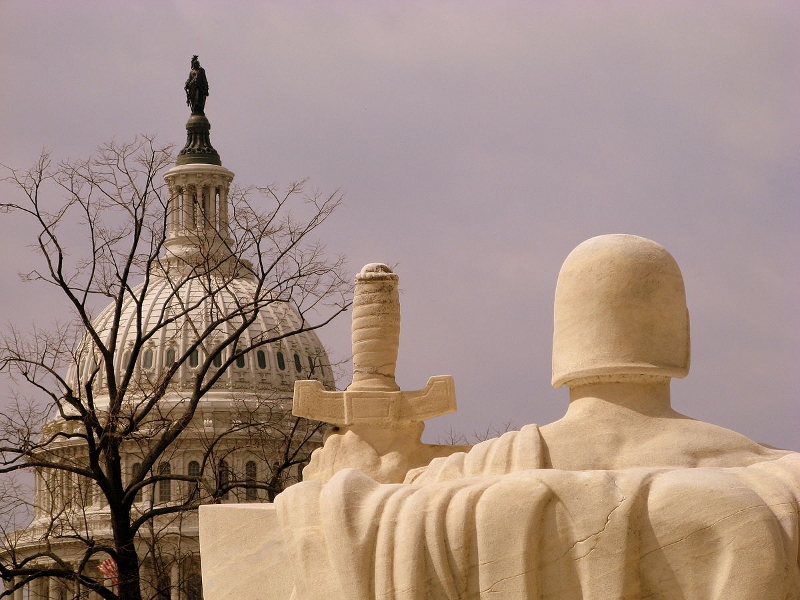 A Senate committee held a hearing on a proposed constitutional amendment this week that would would reverse a series of Supreme Court decisions equating corporate and high-dollar campaign contributions to free speech. Jessica Desvarieux reports from Washington DC.

The Senate Judiciary Committee met Tuesday to discuss a proposed constitutional amendment which would grant Congress the authority to regulate the campaign financing system.

Senator Harry Reid said the Supreme Court’s 2010 Citizens United decision – which ruled that corporate campaign contributions are a form of free speech – opened up the floodgates for unlimited and untraceable campaign cash. “The decisions by the Supreme Court have the American people with a status quo in which one side’s billionaires are pitted against the other side’s billionaires,” said the Senate Majority Leader during the hearing.

In April, the Supreme Court loosened campaign finance regulations even further in its ruling on the FEC v. McCutcheon case. It did away with aggregate limits on contributions to candidates, political parties and political action committees. The previous limit was $123,000 during a two year period.

As with the Citizens United case, the Supreme Court ruled that campaign contributions are a form of free speech. Republican Senator from Iowa Chuck Grassley agrees. During Tuesday’s hearing, he said that such free speech “creates a marketplace of ideas in which citizens can learn, debate, and persuade fellow citizens on the issues of today. At its core, it enables the citizenry to be educated, to cast votes, to elect their leaders. Today, freedom of speech is threatened as it has not been in many decades.”

With the Supreme Court equating campaign donations as constitutionally-protected free speech, some proponents of campaign finance reform see an amendment to the Constitution as the best way to reign in the influence of the super-rich on electoral politics.

But what would the constitutional amendment proposed by Democratic New Mexican Senator  Udall actually do?

It would give Congress and states the ability to regulate campaign financing at their respective levels and have authority over groups like super PACs, which can raise unlimited amounts of money from corporations, unions and individuals.

Durban went on to give an example from North Carolina, where “that elite group had one member. Seventy-two percent of all outside spending in 2010 came from a millionaire named Art Pope. Can you guess who Governor Patt McCory named as North Carolina’s budget chief writer in 2013? Mr. Pope, who bankrolled the governor’s campaign and supported the Republican super majority that recently enacted the most restrictive voter suppression law in America.”

America is strongly in favor of more campaign finance regulation, according to a Gallup poll conducted last year. It  found that 79% of Americans – four out of five – favor imposing limits on the amount raised and spent in campaigns.

Half of them support public financing, a term that was never brought up by either Democrats or Republicans as an option.

Paul Jorgenson, an assistant professor of political science at the University of Texas – Pan American, explain that public financing, “takes away the perverse incentive for Congress – or any legislative body or an executive – to respond to the interests of donors. So, political parties need money and they’re going to cater to the policy preferences of whose who have most of the money.”

Jorgenson adds the the reason Democrats and Republicans have not advocated for public finance is because they both gain from the arrangement becuase “ot’s a system that they know very well and they operate in. And given the high incumbency rate, it’s a game they know how to play. So any new system, any new reform creates a relative unknown that would make politicians rather wary.”

Although public financing was not center-stage, another bill before Congress was introduced by Republican Texas senator Ted Cruz. It would eliminate campaign contribution limits altogether for individual donors.

Cruz says the current system is “stupid” because “super PACs [are] spending on the side out of the control of campaigns, and it’s grown because Congress has attempted to regulate in silent speech.” The bill he’s introduced “would eliminate individual contribution limits and provide immediate disclosure within 24 hours.”

In his testimony before the Senate Judiciary Committee, American University professor Jamie Raskin warned against the further loosening of regulations. He said the case “has nothing to do with increasing free speech of the people and everything to do with increasing the power of the CEOs over the people. If we do nothing now, pretty soon the people will no longer govern the corporations; the corporations will govern the people.”

But without a date set for a vote on the constitutional amendment, and the November elections on the horizon, corporations and wealthy individuals will soon have an opportunity to exercise their newly determined free speech guarantees in ways the U.S. electoral system has never seen before.

This report was produced in partnership with The Real News Network. See a video version of this report here.