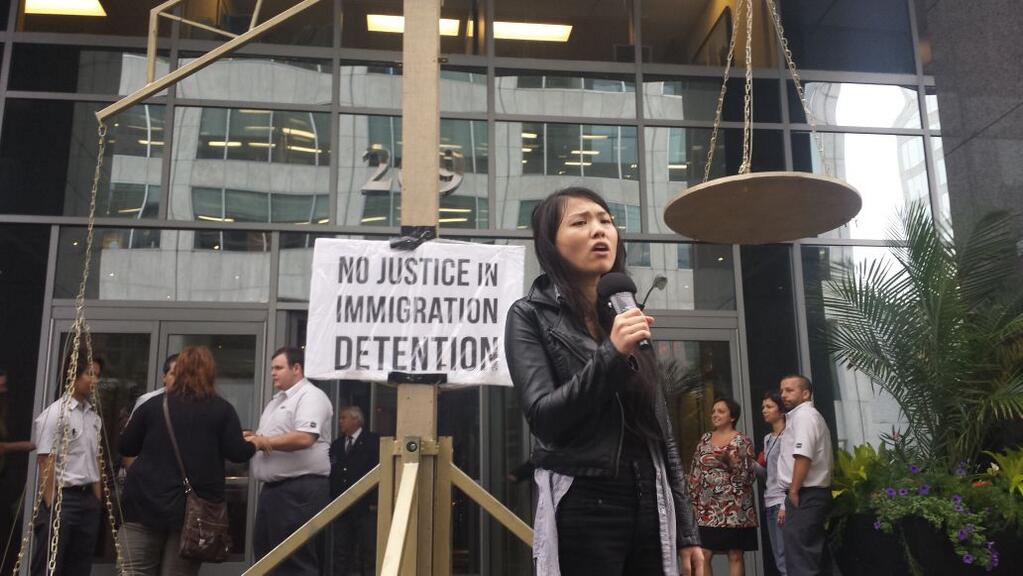 Over one hundred migrants detained in Ontario, Canada are boycotting their chance for release by refusing to participate in the process of administrative review of their cases. Migrant detainees involved in the boycott include undocumented people, refugee claimants and those whose legal status has been revoked. Erin Hudson reports from Toronto.

Immigration detention has no set time limit in Canada. The only mechanism for reviewing individuals’ cases after they’ve been detained is a process called detention review, which is the focal point of the Ontario boycott.

Detention reviews determine whether Canada should deport, continue to detain or release an individual in immigration custody. Early estimates indicate Canadian immigration authorities detained as many as 10,000 people last year.

Detention for over 70 per cent of migrants here lasts for 48 hours. For the others, it can last for months or even years. Currently, there are approximately 145 migrants who have been in detention for over six months.

“I think they’re getting political pressure, whether directly or indirectly, to not release people,” comments Macdonald Scott, an immigration consultant who has represented detained migrants since 1998. “And the people inside know it. The rates had dropped in such an alarming way in the last three to five years that I don’t know what else could say it.”

Scott is not alone in believing political interference is affecting a system the Canadian government says is just and fair.

A report, compiled by Toronto activists, documents an overall decrease in the number of migrants released from detention since 2008. It also notes discrepancies in releases based on where in Canada detention occurs and which government official presides over a case.

The trends in Ontario, however, stand out.

“We’ve shown signs that individual judges vary but that something very specific is happening in Ontario where people are just released less and are held for longer days,” says Syed Hassan, one of the report’s authors. He points out that overall release rates are falling. “In other words, somebody is instructing or something is making these politically-appointed board members, release less people each year.”

The government denies the report’s findings stating that its officials are independent and not subject to political interference or influence.

The boycott symbolizes the second large scale action immigration detainees held in Ontario have have taken in less than 12 months. Their previous action was a hunger strike that lasted 65 days.

The boycott is set to continue until June 30th.

Photo: Tings Chak, one of the authors of a new report on Canada’s immigration detention system, speaking at a demonstration in mid-June. Credit: End Immigration Detention Network.