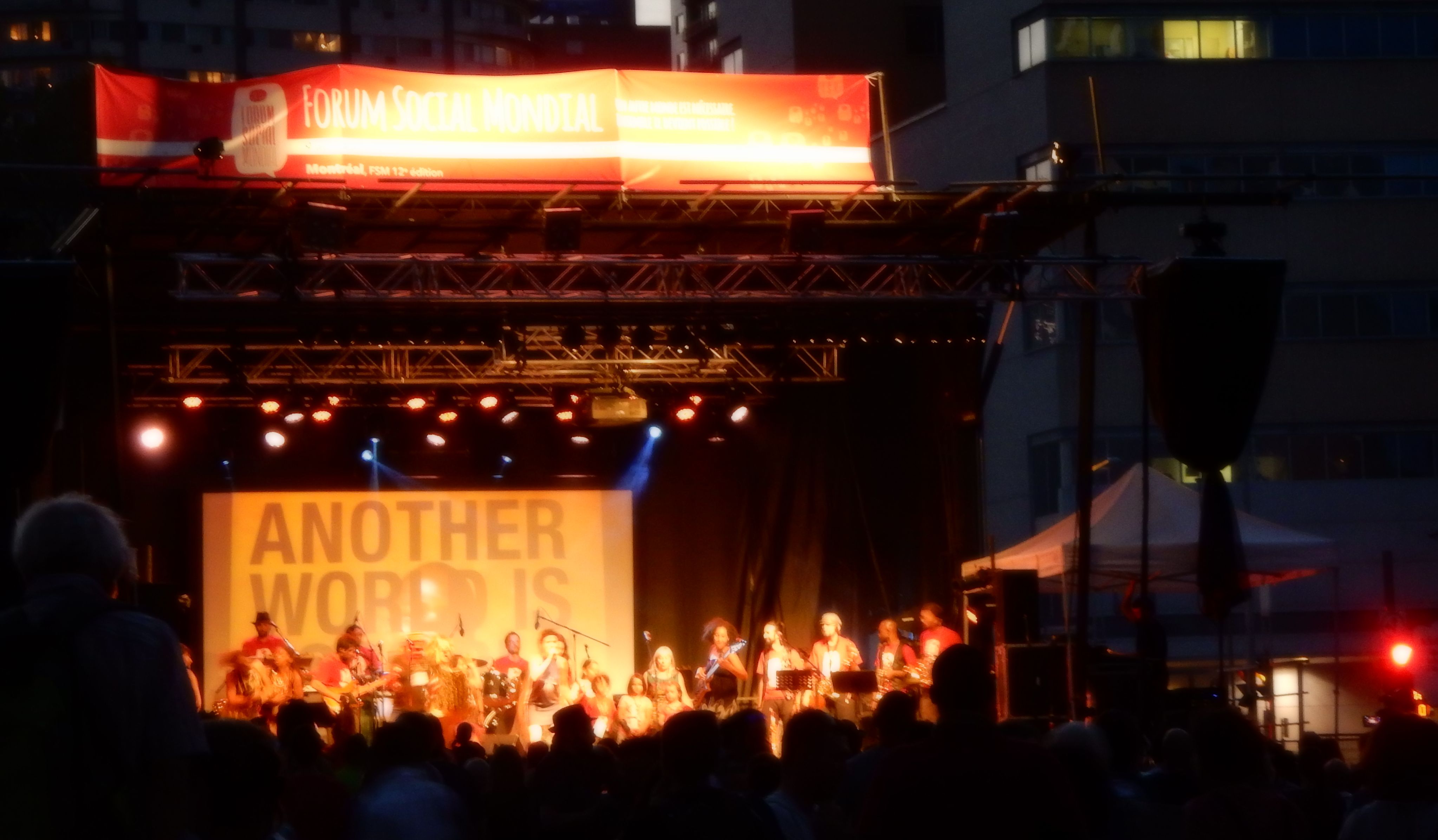 The World Social Forum has been held regularly around the world since 2001 bringing together tens of thousands of activists committed to social justice and resistance to vulture capitalism.  Originally conceived as an alternative to the annual World Economic Forum, this year it’s in Canada with about 15,000 attendees registered from a myriad of movements from anti-militarism to environmental causes and resistance to rising income inequality. Greg Macdougall is there.

The World Social Forum‘s motto is “Another World is Possible.” Since 2001 it’s been held in cities like Mumbai, Nairobi and Tunis. But this year organizers tried something different by making Montreal the host city. Canada is the first country in the global north to host the Forum.

Montreal specifically was chosen in large part due to the Quebec student movement, with the months-long Maple Spring student-led protests of 2012.

“People from the North tell us that it’s not too different for some communities, some populations, that we should try to make the exchange of experiences to make a world more democratic, with more justice possible for everyone,” Rita Friere, a Brazilian member of organizers’ the International Council of the Forum, said.

Organizers have run into problems. Less than a week before the forum opened, the Canadian government denied visas for at least 200 participants, including lawmakers from five countries. Most impacted were from African nations.

The future direction and structure of the forum are a major focus of deliberation here, as many realize changes need to be made for the forum to be more effective. But there’s still optimism in the halls as ideas are exchanged in real time.

Anja Kovacs, of the Internet Democracy Project in India, sees the one role of the Forum as addressing the challenge of shifting the global mood back towards more of a language of solidarity, justice and humanity.

“People who have been organizing over long periods of time struggling to build connections in a world where increasingly global capital is back on the rise. And culturally,  as people here have been pointing out, there is also more and more across the world a move to the right,” Kovacs said. “That means there is a set of values that is dominant that’s not really hospitable to the activists that are here and the work that they do.”

The conference wraps up Sunday, August 14.