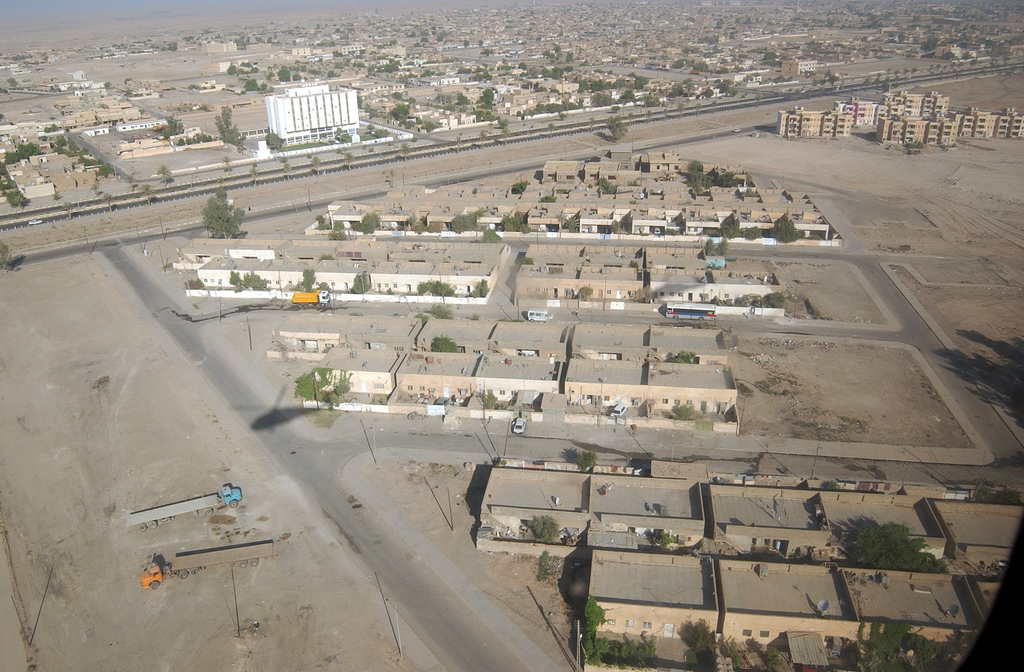 Armed militants have taken over the Iraqi cities of Mosul and Tikrit since Monday, expanding their territorial hold from Fallujah. The violence now sweeping part of Iraq has triggered the largest wave of displacements since the 2007 height of bloodshed there. The International Organization for Migration puts the number of those fleeing as high as 500 thousand. Many residents of Mosul, Iraq’s second largest city, have sought shelter in the nearby region of Iraqi Kurdistan. For more on the situation, I spoke with FSRN reporter Hermione Gee in Erbil.

Shannon Young: What is ISIS, or ISIL as it’s sometimes called, the militant group that’s taken over Mosul and Fallujah?

Hermione Gee: Well, they’re an evolution of Al Qaeda in Iraq. They started out fighting US troops in 2003-2004, sometime around then, and they’ve gradually become more powerful particularly since probably about 2012 when they really took off in Syria.

They’ve recently been disavowed by Al Qaeda. Al Qaeda has sort of split from them, and had a couple of defeats in Syria and seem to have come back into Iraq perhaps in response to that. But they are, like al Qaeda, their goal is sort of pan-Islamic states in the Middle East.

Unlike Al Qaeda perhaps, they’re very, very international. They have a lot of foreign fighters. I was hearing from people in Mosul that the fighters there were from Lebanon and Libya and Afghanistan and all over. So they’ve attracted a lot of fighters from across the world and also significantly from the West. Apparently they have about 3000 fighters from the West.

SY: Did this offensive take locals by surprise or was it something many could see coming?

HG: I think it did take people by surprise. In the last year or so, Mosul has definitely been a no-go area. At the same time, ISIL took over Fallujah at the end of last year, in December of last year.

They’ve been gradually making progress, as it were, in Iraq and they’ve been helped by the fact that the Sunni population here feels very, very marginalized by the current government, which is led by Nouri Al-Maliki, who is a Shia. So they’ve managed to exploit the dissatisfaction of the Sunni community. And in April of last year, there was a Sunni protest camp that was broken up quite violently by Iraqi forces. Looking back, it seems that’s where this whole thing really started.

SY: What has been the reaction from Iraq’s central government?

HG: So far, they keep saying we will not allow the militants to take control of our cities but they haven’t really done very much. Apparently Prime Minister Maliki today actually withdrew forces from Fallujah, which has already fallen to the militants, and brought them closer to Baghdad because he seems to be understandably concerned that they are now heading to Baghdad.

They left Mosul on I believe Monday and have been heading southeast through the country. Today, they took Tikrit and I suppose the next logical stop would be Baghdad. So although the government keeps saying that they will fight with every breath they have and so on, they haven’t sent forces back into Mosul for example, they haven’t started bombing Mosul. So we’ll see what happens now that Tikrit is gone as well.

One other thing is on the way from Mosul to Tikrit, the militants also managed to take control of a few towns in Kirkuk province. They’ve managed to capture Iraq’s biggest oil refinery, which is obviously very significant. Kirkuk is also the location of one of Iraq’s important export pipelines.

SY: The offensive in Mosul has triggered a massive wave of displacements. Mosul is near Iraqi Kurdistan, where you are based. What do you see on the ground at the checkpoints entering the region?

HG: Well, I was there last night and also this morning. And last night, it’s what you would imagine. It’s just cars as far as the eye can see, people on foot, carrying babies and suitcases, just people fleeing at short notice with as much as they can carry.

What I saw, it was fairly well processed. I mean, it did seem as if people were moving through the lines fairly quickly. Humanitarian organizations had gone there and were providing food and water and basics like that. And then this morning, there were already many fewer people actually. Insofar as things can be done well, it seemed to be going well.

SY: And what are the people who are fleeing Mosul saying about the situation there?

SY: That was FSRN contributor Hermione Gee, speaking to us from Erbil, Iraqi Kurdistan.