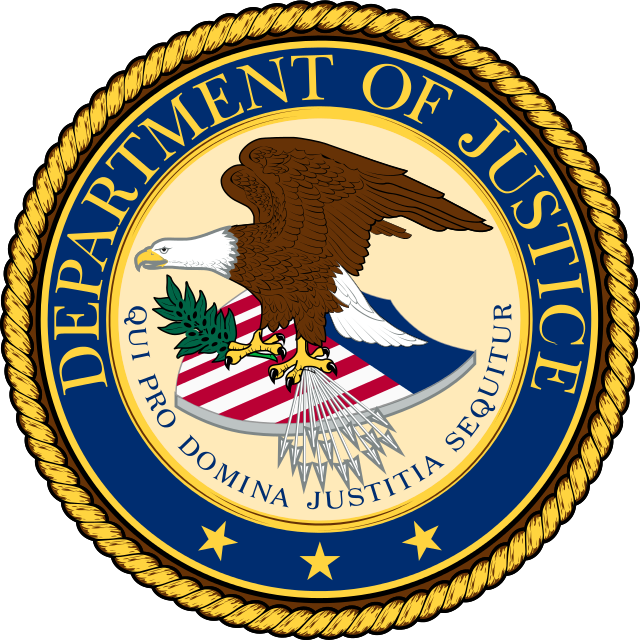 "Seal of the United States Department of Justice" by U.S. government (Image via Wikipedia)

After using her nomination as a pawn on the political chessboard in Washington, the Senate finally voted today to confirm Loretta Lynch as the next U.S. Attorney General. FSRN’s Nell Abram has more.

“What we are going to witness in a few minutes is base politics at its ugliest. Doesn’t get any uglier than this,” McCaskill said on the floor of the U.S. Senate.

Lynch’s nomination was originally slowed by Democrats who hoped to jump-start judicial nominations before the January change in power in Congress that gave Republicans the majority. Then Republicans stalled progress after Lynch told lawmakers during confirmation hearings that she believed President Obama’s executive action on immigration passed constitutional muster. Once that furor faded, conservatives tied her nomination to a provision of an anti-sex-trafficking bill that would bar victims from using money collected from fines to pay for abortions. The dead-lock on that bill broke earlier this week when medical services for victims were moved to an existing federal program under funds for abortions are blocked – though there are exceptions in cases of rape.

“She is so qualified, she has worked so hard all of her life,” McCaskill continued, praising Loretta Lynch’s qualifications while warning about the political precedent set by the delays. “She is a prosecutor’s prosecutor. She’s prosecuted more terrorists than almost anybody on the face of this planet and the notion that this has occurred because she agrees with the man that selected her. I think everyone needs to understand what that means for the future: if all of us embrace that kind of base politics in these decision.”

Loretta Lynch is now the first black women in U.S. history ever confirmed to the post of U.S. Attorney General. Lynch could be sworn into office as early as Monday.