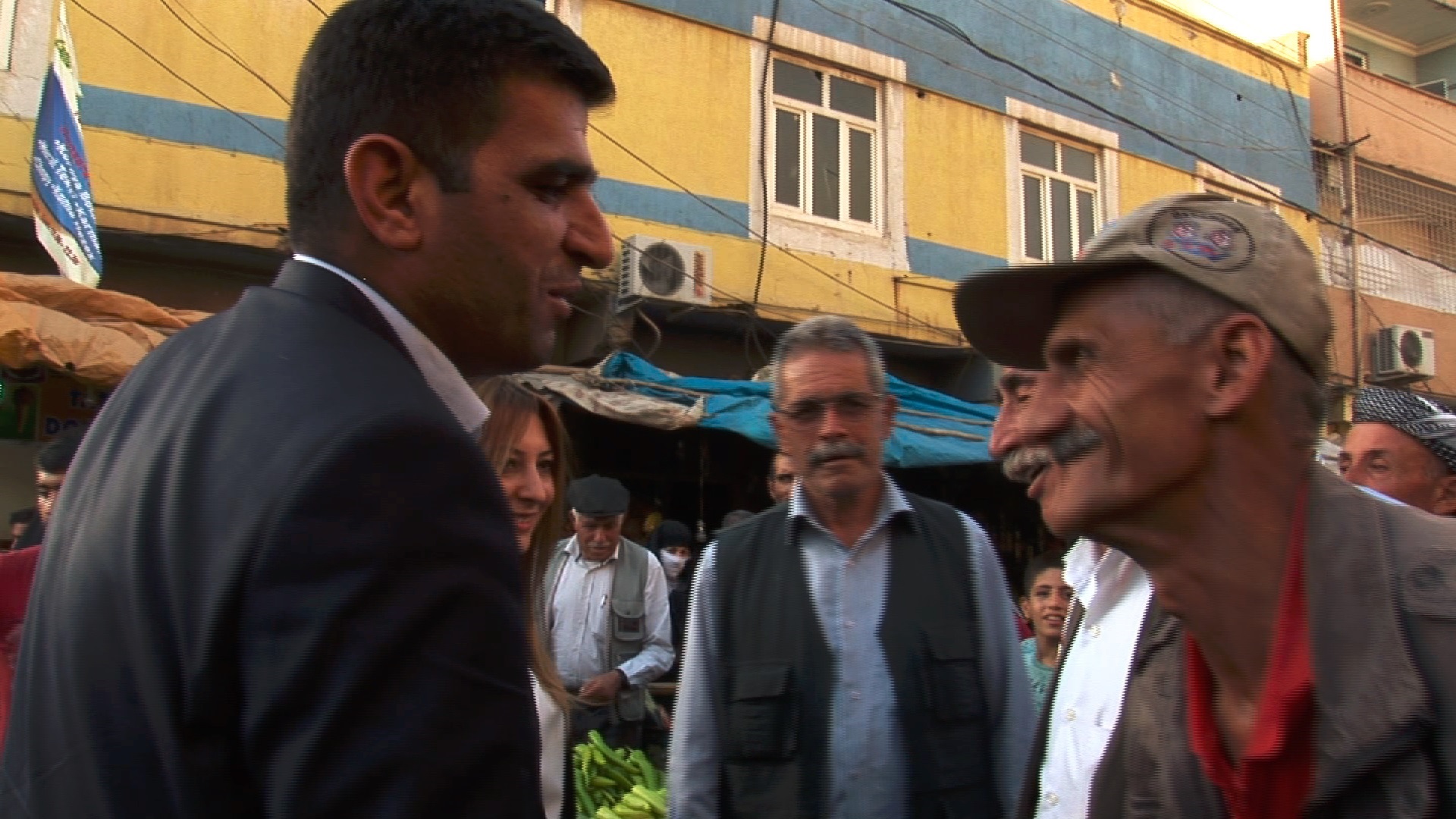 The extreme Islamist group most commonly known as the Islamic State of Iraq and Syria, or ISIS, continues to gain traction across Iraq. The group uses tactics like crucifying its enemies that are  too radical even for al Qaida – which disowned it.

In a letter this week to the UN, Iraqi officials reported that ISIS has seized about 90 pounds of uranium compounds. But the UNs nuclear watchdog, the IAEA, issued a statement calling  any risk ”not significant.”

As ISIS advances its violent bid to create an Islamic state that stretches between Syria and Iraq, carnage continues. Wednesday, 50 bodies were discovered south  of Baghdad — all were shot, many were blindfolded, and some  were children. It remains unclear when they died, and officials are working to identify the victims.

Also Wednesday, in a public address Prime Minister Nouri al-Maliki accused  leaders in the northern autonomous Kurdish region of aiding ISIS. In neighboring Turkey, concern about ISIS’ rising power and questions about the ruling Islamic-rooted AK Party’s stance towards the group are growing. FSRN’S Dorian Jones reports that for many people who live in the predominantly Kurdish southeast of Turkey’s that  borders Iraq and Syria, those worries are particularly strong.

A recruiting video from the radical Islamic group ISIS calls Turks and Kurds to join the struggle in Iraq and Syria. It’s estimated that as many as 3000 of ISIS fighters come from Turkey.

In the video, a Turkish commander in a windswept desert calls on all Muslims to join the jihad and kill non-believers. The video has found fertile ground in Turkey’s predominantly Kurdish southeast.

Diyarbakir is the main city in the region. Many Kurds are very religious, drawn from both the Sunni and Shia divide of the Islamic faith. Decades of economic underdevelopment along with years of conflict between Kurds fighting the Turkish state for greater rights, have created a rich recruiting ground for organizations like ISIS.

Already dozens of young Kurds fighting for ISIS have died in the fighting, according to Muammer Akar a city councilor in Diyarbakir and a prominent member of Turkey’s ruling AK Party. Akar says along with local factors, the region, like the rest of the Middle East, is paying the price for years of religious rivalry between Sunni Saudi Arabia and Shia Iran.

“ISIS is attracting increasing numbers,” explains Akar. “It follows Sunni Saudi Arabia’s involvement in the region. The Saudis have spent so much money here developing a radical form of Sunni Islam to counter Iran’s influence. Over the years, these followers have become more and more radical and closer to violence, and many, many Kurdish youth were attracted. I know many youth who totally rejected their families, their sisters, because they don’t wear religious headscarves. And when their bodies come back from Syria, there are huge funerals which generate more anger and support for the group.”

Some of Turkey’s western allies have increasingly accused the ruling AK Party, which has its roots in Islam, of turning a blind eye to ISIS activities on its border, because of its opposition to the Syrian regime. But further complicating matters, ISIS is also fighting Syrian Kurds who have declared a secular autonomous state on Turkey’s border.

The Ankara-based government fears its own restive Kurdish population could make similar demands for autonomy and has accused the Syrian Kurdish leadership of being linked to the PKK – the group that has been fighting the Turkish state for minority rights for decades.

A couple of hours drive from Diyarbakir, the town of Cizre is nested on the Syrian and Iraqi borders. Kadir Konur is the deputy mayor of the pro Kurdish Peace and Democracy Party. He accuses the ruling party of going beyond just tacit support and actively financing ISIS.

“ISIS’s resources come from Turkey,” according to Konur. “We can say it clearly after the numerous incidents of trucks crossing from the borders carrying arms. A serious amount of ammunition was found and all these vehicles were registered under the name of the Turkish intelligence service.”

Those concerns appear to be shared by many Turkish Kurds, who are increasingly alarmed by ISIS’ military successes and the growing numbers of fellows Kurds killed by the group in neighboring Syria. This local shop keeper, Murat Demir explains.

“We are very very pessimistic because of ISIS, especially for ISIS,” laments Demir. “Everything is related, to politics here. Think of the massacres by Isis in Syrian Kurdistan killing women and children. It is very clear that they cross the border from Turkey into Syria. It is natural for us to have negative feelings towards AK Party for allowing this.”

Suspicions of the government’s involvement with ISIS have been heightened by an anonymously released video in which Turkish soldiers intercept two Turkish trucks weapons allegedly bound for Syria. The soldiers manhandle Turkish intelligence officers who are in cars escorting the trucks. According to prosecutors, the arms were being sent to radical Islamic groups fighting in Syria. The government claims the trucks were just carrying aid and strongly denied allegations of gun running, pointing out it has designated ISIS a  terrorist group. But the prosecutors and soldiers investigating incident have now been charged with spying.

Akar of the ruling AK party says his own party may not be aware of the dangers Turkey is facing.

“Ankara cannot see all these developments in detail because they are dealing with so many other issues,” opines Akar. “But it’s only a matter of time, before this conflict comes to Turkey. Isis has already declared Turkey is a heretic country, and they will target here, and not only this region, but the big western cities will be a target as well.”

ISIS videos continue to appear on the net aimed at Turkish and Kurdish youth, calling them to join the jihad. The growing question here in the Kurdish southeast of the country is, if that war for an Islamic state comes to Turkey – what, if anything, will the Turkish government do to stop it.