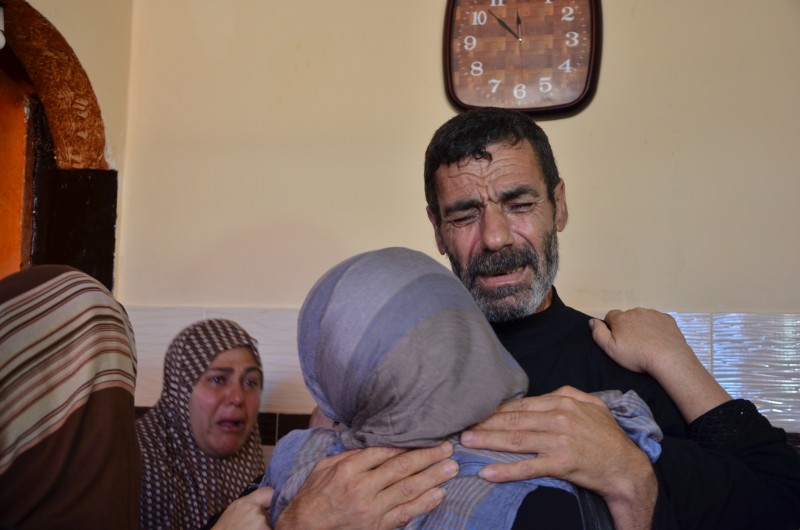 Over the weekend, the Israeli military action in Gaza continued with ground troops and tank attacks backed by aerial support. Most of the attacks were levied on one neighborhood where almost 75 people died, 60 of them Palestinian – and most of those civilians. UN Secretary General Ban Ki Moon reacted to what many are now calling the Shejaiya massacre:

“I condemn this atrocious action. Israel must exercise maximum restraint and do far more to protect civilians.”

“As I’ve said many times, Israel has the right to defend itself against rocket and tunnel attacks from Hamas, and as a result of its operations Israel has already done significant damage to Hamas terrorist infrastructure in Gaza.

“I’ve also said, however, that we have serious concern about the rising number of Pal civilian deaths and the loss of Israeli lives. That is why it now has to be our focus and the focus of the international community to bring about a cease fire that end the fighting and that can stop the deaths of innocent civilians; both in Gaza and in Israel.”

Obama went on to call for an “immediate cessation of hostilities.” Since Operation Protective Edge began two weeks ago, Israel has killed more than 550 Palestinians, largely civilians; 27 Israelis have died, all but two of them soldiers who died since the ground invasion began last week.

Food stores are running low in the occupied territory where imports are controlled by Israel. Tens of thousands of people are seeking refuge, though they can’t go far. And as Rami Almeghari reports, its not clear if its safer to go out, or to stay indoors.

In a Palestinian refugee near the western Gaza seport, officials returned the dead body of Mohammad Bakr’S 11-year-old son, Ismail. Along with three of his cousins, the boy was killed on the beach by a missile fired from an Israeli drone.

“My son, Ismail used to sell out some tea and coffee, right there at the sea port, along with Ibrahim and Mansour, and he used to earn less less than 10 dollars a day,” recalls the grieving father. “The next think I know, his body is returned to me, dismembered into two parts. May God take revenge on Israel. Is this Israel’s bank of targets, some children playing on the beach? May God take revenge on Israel.”

The seaside killing of the four boys drew international condemnation, yet more atrocity followed. Over the weekend, more than 70 civilians were killed and and another 200 injured when heavy Israeli army fire targeted the Shija’ya neighborhood. Thirteen Israeli soldiers died in the offensive.”

Widespread displacement of Palestinian families from the northern and eastern Gaza Strip continues. Residents of both the Maghazi and Alburaij refugee camps in central Gaza received recorded phone messages ordering them to leave their homes immediately, or face the same destiny as did the families of Shija’ya.

The UN humanitarian agency in the region, UNRWA, is opening more of its schools to shelter those fleeing the conflict along border areas.

FSRN visited two of these schools in Gaza City and the Maghazi refugee camp. Five families have been here at Aljadeeda in Gaza city’s Alnasr Street, for the past week.

Koukaba Mohammad Alattar or Um Alabed is the head of one of the families. Last Friday, an Israeli air strike hit their house in the Attatra neighborhood of northern Gaza, destroying it completely.

“Our situation here is very difficult. It is true that this place has protected us from fear and panic,” she says. “But if I were near my home, even with little food handy, I would feel much more comfortable than here. The restroom facilities here are disgusting.”

According to UNRWA officials, there are now dozens of shelters in Gaza city, but the number of people seeking refuge is expected to increase as the Israeli army advances into more Gaza regions. UNRWA says it can’t accommodate more than 50 thousand people.

“Because of electricity shortages, each day 90 million liters of untreated sewage water gets dumped in the sea or underground, becasue we can’t operate the treatment plant.”

On Monday, an Israeli air strike hit the local al Aqsa hospital; four people died, dozens of others were injured, and the hospital building was damaged.

So far, mediation efforts by Egypt, Turkey and other international players have failed to curb the rocket fire and disproportionate military escalation on the ground. US President Barack Obama has deployed Secretary of State John Kerry to the region to assist with mediation efforts.