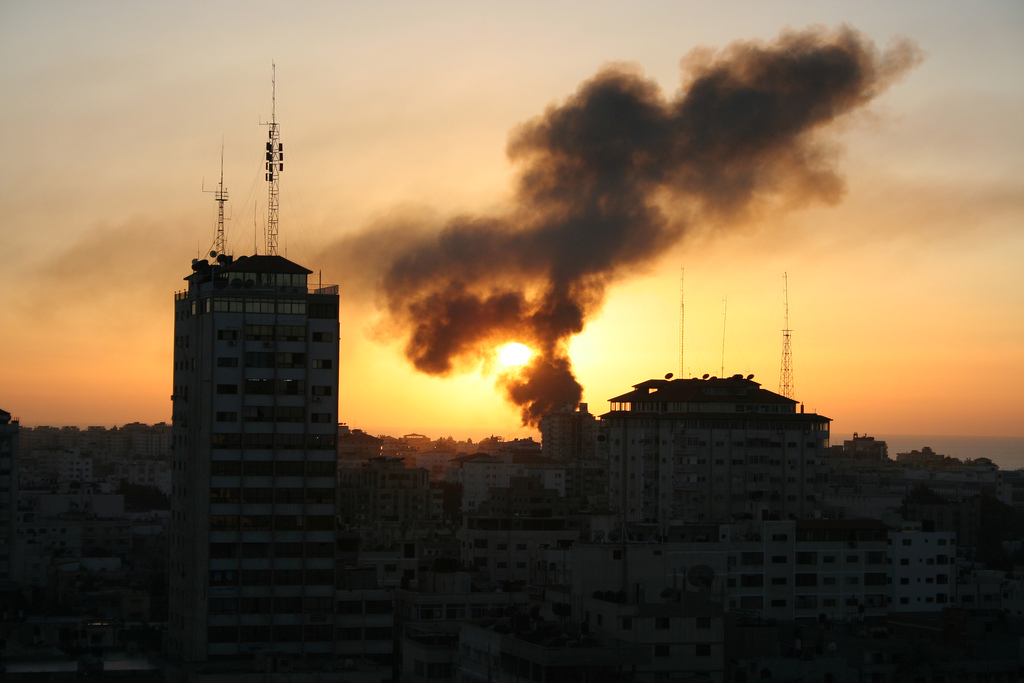 After weeks of growing tension in the Middle East, the Israeli military is massing forces outside Gaza, preparing for a possible ground invasion. Today, the army announced the beginning of Operation Protective Edge. The open-ended offensive began overnight with increased air attacks on the coastal territory launched from both land and sea. By early evening local time Tuesday at least a dozen Palestinians were dead, and according to Reuters, eight of them were civilians. Last month, three Israeli teens were kidnapped and killed in the West Bank. Israel blames Hamas, though no group has taken responsibility and no supporting evidence evidence has been released. Shortly after the three youth disappeared, Israel conducted mass arrests throughout the West Bank. Last week, a Palestinian teen was kidnapped and burned alive. Six Israelis have been charged in his death. Nell Abram spoke with FSRN’s Gaza correspondent Rami al Meghari.

Nell Abram: FSRN’s Gaza correspondent Rami al Meghari joins us from his home in the Meghazi refugee camp. Rami, first tell us what’s happening where you are.

Rami Almeghari: Whats happening right here in the Gaza strip is military escalation by the Israeli Army against the Gaza Strip in the past few days since last week. They began escalating, the military escalation. Now they are using their war planes to strike different locations in the Gaza Strip including open fields, including sites for Hamas and other Palestinian armed groups in the territory. Today, actually, since the early morning, since early dawn, they began one more escalation that is tougher than the previous as they began hitting homes, residential homes in different parts of the territory. In the southern Gaza Strip, warplanes pounded a house in Khan Yunis City, injuring nine to ten people. And they hit another houses in the same area, and also two more houses in the northern Gaza Strip.

They also began hitting moving cars in the street, and today in central Gaza City they hit a moving car carrying four people, killing the four people all together with an Israeli drone.