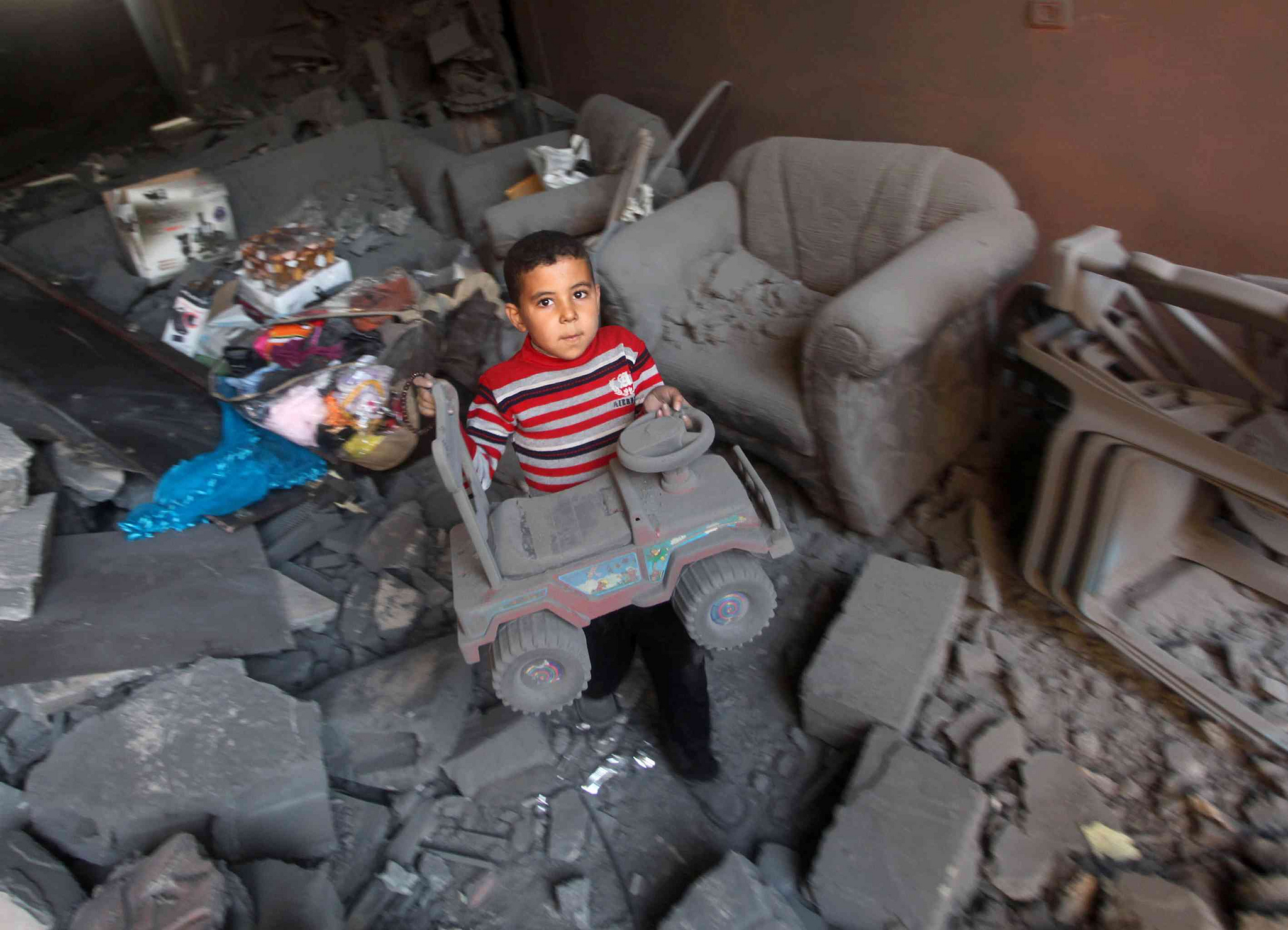 Israeli air strikes against the Gaza Strip continue unabated. Many strikes hit residential homes across the occupied coastal enclave today, killing more than 40 residents, including women and children. About 350 others were injured. FSRN’s Rami Almeghari reports from Gaza.

Relatives sift through the rubble after five members of the Al-Nawasra family – including a young mother and her two little children – were killed when missiles fired from Israeli warplanes struck their two-story house in the central Gaza Strip earlier today.

Despite Israeli claims they notify the inhabitants of residences moments before they fire on their homes, survivors of the air strike told FSRN that they did not received a pre-warning before the house was struck.

“We noticed two strikes at the house and as we rushed THERE we found PARTS of the children’s bodies scattered around,” describes a distraught Mohammad Alnawasra, a who lives nearby. “My foot touched some human flesh; I think it belonged to the children’s mother. Five members of our family members are dead — Salah and his wife, Aysha, are among them. My cousins were just ordinary, simple workers.”

Today’s air strikes against Gaza were the most intense since Israel began this current military assault on the territory. According to official Israeli statements, the army launched the so-called Operation Protective Edge Tuesday to force Hamas and other armed groups to stop firing rockets into nearby Israeli areas.

But in the Gaza Strip, armed Palestinian factions, including Hamas, continued their rocket fire despite the intensity of the Israeli raids. Israeli media reports that long-range Gaza rockets hit Tel-Aviv, Jerusalem, Haifa and Ghadeera, about 60 miles away from Gaza.

Hamas’ officials are calling for Israel to abide by the ceasefire deal mediated by Egypt in 2012 and to release all Palestinian detainees re-arrested in the West Bank in recent weeks, before they will discuss a new ceasefire.

Khaled Mash’al is Hamas’s political leader in exile. He spoke to the public in a televised live speech on Tuesday.

“To our people in Gaza, the current war has been imposed on us. We are going to defend our lands, even if alone,” said Mash’al, who called on Arab nations and the free world to help alleviate the suffering of the Palestinian people and stop what he termed the “Israeli aggression.”

According to local reports, at least 55 Palestinian homes in Gaza have been completely destroyed, and hundreds of others partially damaged.