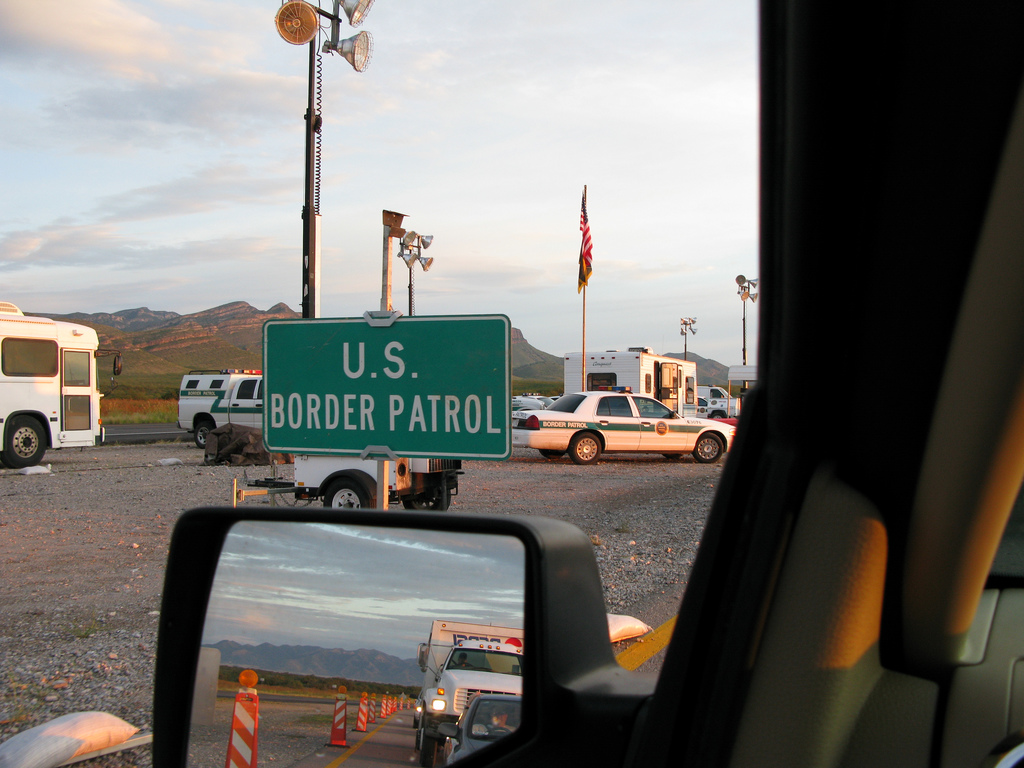 The American Civil Liberties Union teamed up with border organizations in Texas, New Mexico, Arizona and California today for a day of action to educate border residents about their rights at regional checkpoints. The so-called “reality checkpoint” actions come as the ACLU of Texas pursues a case that may set a legal precedent regarding just how aggressively federal agents can search US citizens at the border.

The case involves a 54-year-old woman from New Mexico, known in the litigation as Jane Doe, who was stopped at an international bridge at El Paso, Texas after a police dog supposedly alerted its handler to the possible presence of contraband. Customs and Border Protection agents conducted both a strip search and a cavity search of Doe.

When they were unable to find anything illegal, CBP agents handcuffed Doe and transported her to the University Medical Center of El Paso where she underwent observed vaginal and rectal exams, a forced bowel movement, an X-ray and a CT scan of her abdominal and pelvic areas. None of the tests produced evidence that she was carrying drugs and she was released six hours later.

Earlier this week, the hospital and the university that owns it settled with Jane Doe for 1.1 million dollars instead of taking the case to litigation.

For more on the case, FSRN’s Shannon Young spoke with Rebecca Robertson, Legal and Policy Directors of the ACLU of Texas.