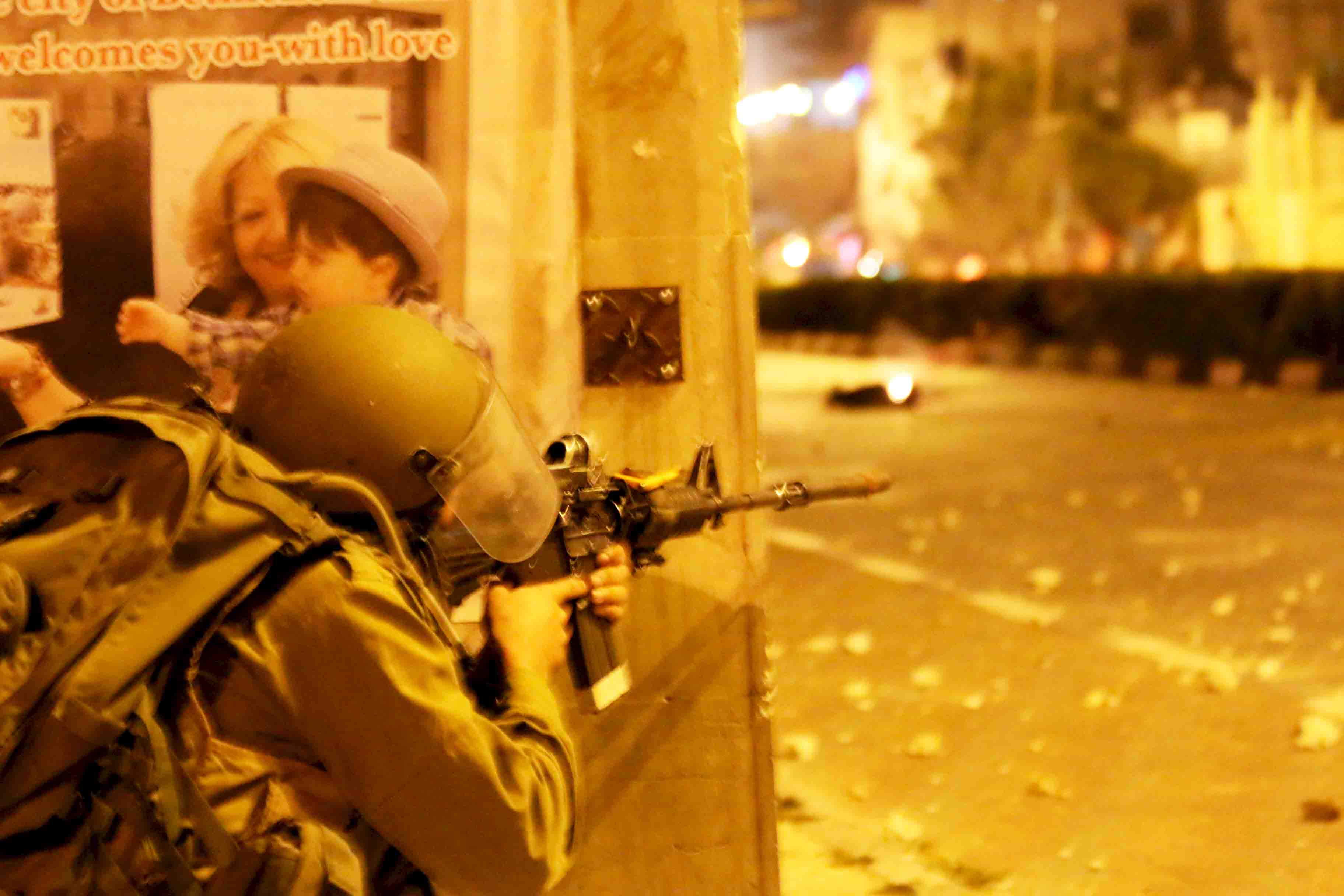 BETHLEHEM, WEST BANK, PALESTINE- 2014-07-09- An Israeli soldier aims his M-16 rifle at Palestinian youth who are throwing rocks around the corner.

U.S. Secretary of State John Kerry has submitted a ceasefire proposal to Hamas and the government of Israel. According to the Israeli newspaper Ha’aretz, Kerry’s proposal would allow Israeli ground troops to occupy Gaza for the duration of the one-week ceasefire, ostensibly to look for and destroy tunnels used by militants.

Protests in the West Bank grew Thursday night as tens of thousands marched toward Jerusalem’s al Aqsa Mosque on the last night of Ramadan, know as the Night of Power. At least two people died. Anna Ferensewicz joins us by phone from Bethlehem, and describes the protests and how they differ from those in the weeks leading up to the last night of Ramadan.

More than 800 Palestinians, most of them civilians including many women and children, have been killed in Gaza since the Israeli military launched the so-called Operation Protective Edge. More than 30 Israelis are dead, mostly soldiers since the onset of the ground offensive.

FSRN’s Rami al Meghari is in the Nuseriet area of Gaza. He joined us to discuss events in Gaza, and how he and his family are faring after being forced to flee their home in the Meghazi reugee camp.

Many residents of Gaza are taking up shelter in schools run by UNRWA, the United Nation’s aid agency for Palestinians. Those shelters have themselves been the targets of attacks.

UNRWA today strongly condemned what was the fourth hit to a UN shelter in the past four days. At least seventeen people inside the building were killed.