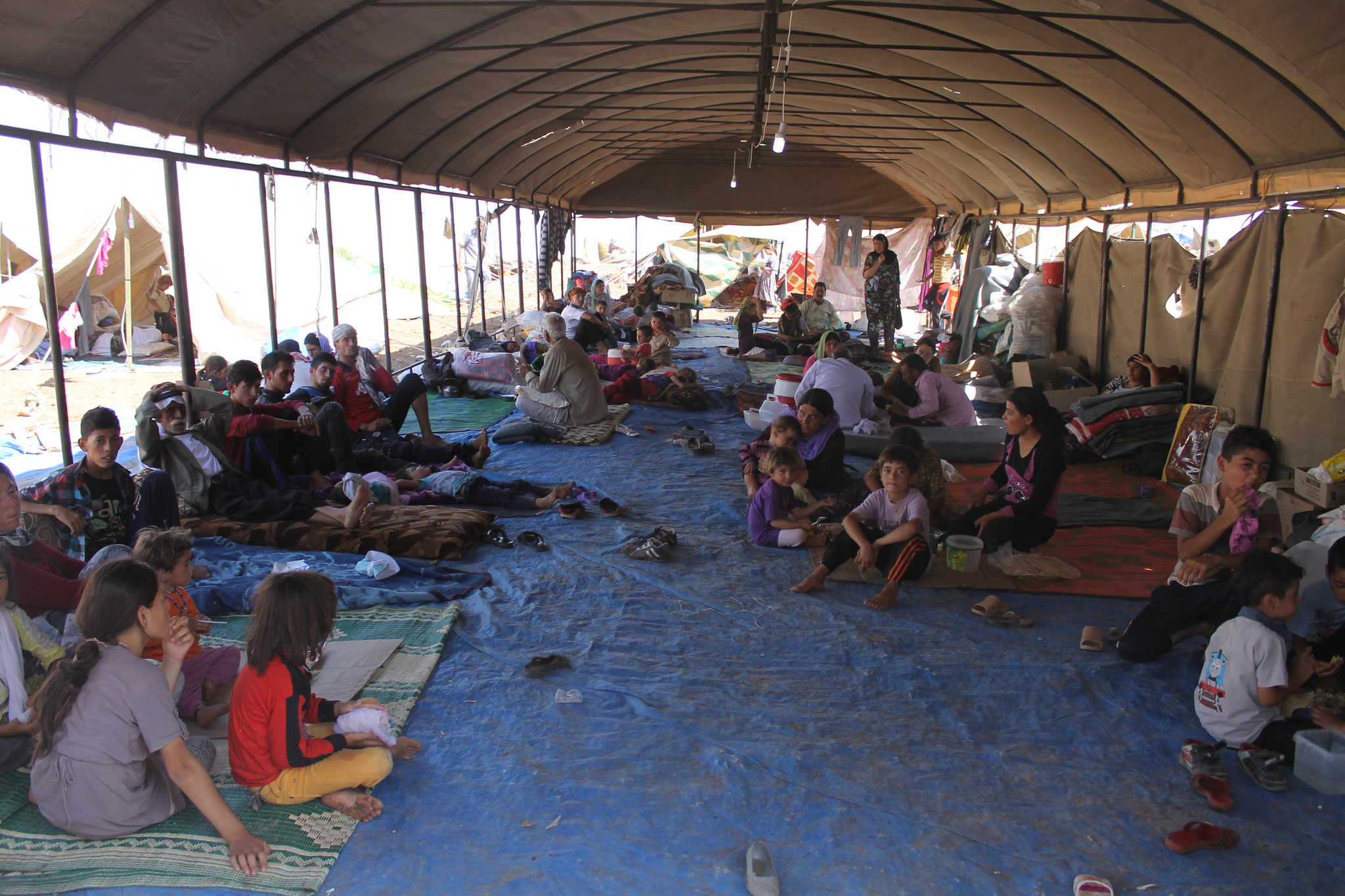 Some of the 12,000 Iraqi Yazidi refugees that have arrived at Newroz camp in Al-Hassakah province, north eastern Syria after fleeing Islamic State militants. The refugees had walked up to 60km in searing temperatures through the Sinjar mountains and many had suffered severe dehydration. The International Rescue Committee is providing medical care at the camp as well as distributing blankets, soap, underwear and solar powered lights and mobile phone chargers.

In a video released Tuesday by Islamic State militants, a man claiming to represent the group executed US journalist James Foley. The National Security Council says the video is authentic. Foley, who was abducted in Syria in 2012, was wearing an orange jumpsuit, reminiscent of those worn by Guantanamo Bay detainees, when he was beheaded. The militant group, also known as ISIL or ISIS, said that Foley was killed in retribution for US airstrikes on their fighters in northern Iraq, and they threatened to kill another hostage, US journalist Steven Sotloff. Nell Abram spoke with FSRN’s correspondent Hermione Gee from Erbil, Iraqi Kurdistan.

While not directly addressing the ISIS threat to execute another US reporter, President Barack Obama called the killing appalling and said today that US efforts to respell the group will continue.

“The United States will continue to do what we must do to protect our people. We will be vigilant and we will be relentless. When people do harm to Americans anywhere we do what’s necessary to see that justice is done, and we act against ISIL standing alongside others.”

Obama called on governments and peoples across the Middle East to find common ground in opposing ISIS. The Islamist insurgents control parts of north-eastern Syria and have captured large swaths of northern and eastern Iraq. U.S. forces are backing the Kurdish peshmerga and Iraqi troops in attempts to regain territory lost since ISIS launched a surprise offensive in June.

President Obama was clear today in saying that US military action against ISIS will continue, despite threats from the group, and called for a unified effort from Middle Eastern governments to reject ISIL. How have other countries in the region responded to the ISIL insurgency?

The United Nations delivered the first of a series of humanitarian aid shipments to Erbil today in what they say is the largest single humanitarian aid effort they’ve undertaken in a decade. Thousands of tents, plastic sheeting and kitchen sets were part of what is expected to be almost 2500 tons of relief supplies delivered to half-a-million displaced civilians in the region. Across Iraq, about 1.2 million people have fled the violence since June.