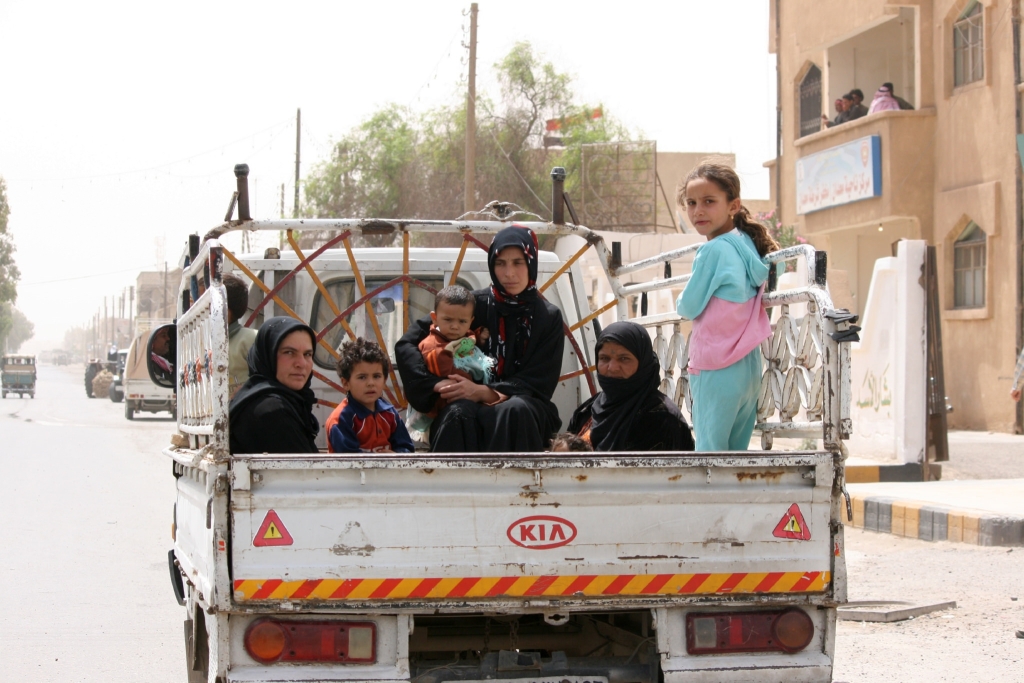 Britain is now the latest nation to jump into the war in Syria. The UK’s parliament approved a measure Wednesday to use military force against the so-called Islamic State. British airstrikes began just hours after the vote that deeply split the Labor Party.

Within days of the Nov 13th attacks in Paris, France substantially increased airstrikes on ISIS positions in Syria and some refugees are casting doubt on whether aerial bombing is the most effective strategy. Khaled Sid Mohand has more.

The UK’s entry into military campaign against ISIS in Syria began just hours after the vote was cast, with a series of airstrikes targeting the Omar oilfields in eastern Syria. Meanwhile, a U.S.-led multinational coalition continues to pound the ad hoc capital of the so-called Islamic State, Raqqa, located in the north of the country.

“I wished after what happened in Paris that they would find new solution but the only thing that they do is just to bomb Syria in the same way, they don’t change anything,” says Moawya Khatib, a 25-year-old Syrian activist who left Raqqa with his family at the end of 2014 when his father, a communist activist, was sentenced to death by the Islamic State, also known in Arabic as Daesh. Khatib has already lost 14 members of his family and his best friend in the Syrian war.

“I spoke with Raqqa and they told me, my friends, that it’s Daesh. They’re in the streets with their cars, they were not like hiding, they were in the streets. They bombed all the buildings that were empty, they destroyed the city and they killed civilian people, without harming Daesh, and I don’t think they killed 10 people from Daesh, they think that they are just killing Daesh. They can’t imagine there is people living there, there is a people who are living there. But in fact, there is,” Khatib explains. “There is people, civilians who don’t have the money to go out, who don’t have money to escape, who don’t have any place to go.”

Zahia Darkazanli is a 29-year-old French Syrian, the daughter of a member of the Syrian opposition. Her father was forced to leave the country almost 40 years ago. Darkazanli spent most of her summer vacations in Raqqa with her uncle. She now lives in Paris, just between the Bataclan concert venue – where 89 people were killed in the recent attacks – and a café – where an armed man killed another 19 people.

“Immediately after the attacks, my family back in Syria was worried about me, because they knew that I was not very far away from where the attacks took place,” Darkazanli recalls. “What was strange was when we could eventually communicate the day following the attacks, they were worrying about me and giving me advice, yet they were under bombardment at the very moment we were talking to each other.

But the tables quickly turned.

“The day after, when I heard about the French strikes on Raqqa, I was the one worrying about them,” explains Darkazanli.

Urwa Darwich, a 28-year-old Syrian refugee was a civilian journalist embedded with the Free Syrian Army. He decided to leave the country on his way back from Raqqa in 2013, after he began to suffer panic attacks.

“Actually I was very scared, that was horrible. Those people cutting hands, cutting legs off of people and making their own Sharia, and you really ask yourself, ‘What is the message from here?’ They just want to terrorize people, that’s what Bachar Al Assad have been doing, or his father. They terrorize you and then, you have to submit. That was horrible,” Darwich recounts. “You see your own children, your own brothers, or your own relatives being chopped, losing hands, losing eye and losing whatever, you know? Like, on the ground and on the sky, the regime is bombing, didn’t stop bombing, and now the whole world is bombing the poor little city and that caused me the panic attacks and that makes me think about fleeing the countr. As we say in Arabic, you put your soul in your own hand and you run.”

Darwich’s hometown of Salamye is located in the countryside of Hama in the west of the country, where tens of thousands of internally displaced Syrians took refuge when Raqqa fell to the Islamic state.

Nicholas Hennin is freelance journalist who was detained by the Islamic State for more than 9 months. He was released along with three other French journalists in the spring of 2014. Hennin hopes the French government doesn’t repeat what he calls the mistakes of the George W. Bush administration.

“We are extremely lucky, we French today in 2015 because we have historical example that was given to us by our American friends. What was the reaction of the American administration after 9/11? They invaded Afghanistan and Iraq, and Iraq, surprise, surprise became later the birthplace of the Islamic State,” Hennin explains. “They opened Guantanamo, they started extraordinary rendition, and they set up the Patriot Act. If you look now, 13 years later, at these measures, at the American reactions, you can see that none of these measures actually punished the terrorist. All of them were a gift to the terrorists.”

Although only seven members of the French Parliament refused to vote for the three-month extension of the state of emergency, lawyers, journalists and civil liberties advocates are denouncing the potential collateral damage of the French government’s response to the attacks, whether as a result of state of emergency blunders or military strikes on Syria.

The anti-ISIL group Raqqa Is Being Slaughtered Silently, made up of citizen journalists, seconds Moawya Khatib’s information about who is getting hit by French airstrikes. They report a stadium, a museum, several clinics, a hospital and a government building have all come under fire, but news from the region cannot be independently verified.

French military officials have not released casualty information stemming from the anti-ISIL campaign, but according to the Syrian Observatory of Human Rights, 1,500 people have been killed by Russian air strikes in the past two months, 482 of them civilians.