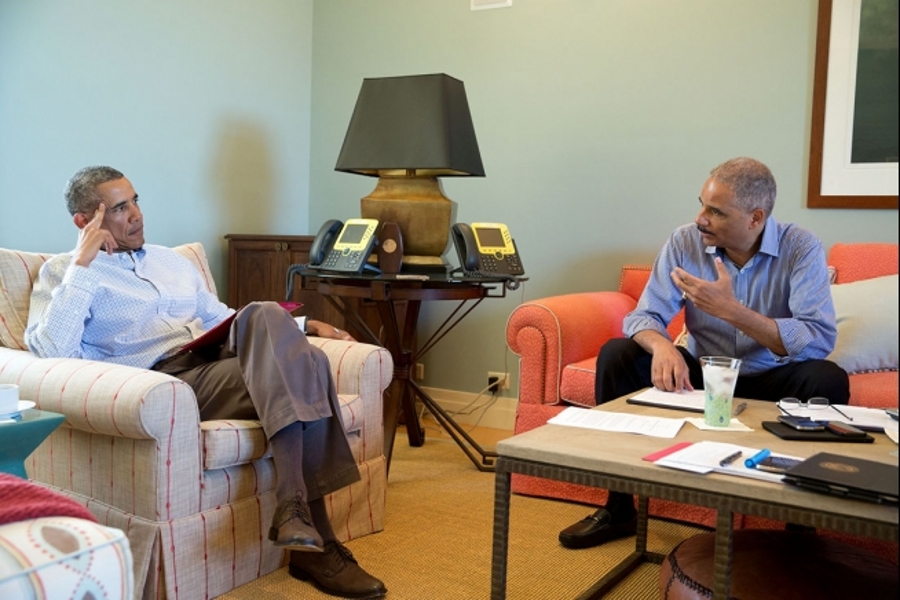 Political deadlock in Iraq broke late this week when former Prime Minister Nouri al Maliki stood down from his bid to retain his post, making way for successor Haider al Abadi to form a new government in a country that’s facing a massive humanitarian crisis. According to the United Nations, since June at least 1.5 million Iraqi civilians have been displaced from their homes in Iraq, fleeing the radical militant group the Islamic State, also known as ISIS or ISIL.

Tens of thousands of people,  many of them religious minorities like Christians and Yazidis, had been stranded on remote Mt. Sinjar, after fleeing an ISIL advance on their towns and villages.

President Barack Obama said Thursday that the dire situation on the mountain  has largely abated.  That’s according to an assessment made this week by a small team of US military personnel deployed to Iraq.

“Over the last week, the US and UK conducted humanitarian air drops every night delivering more than 144 thousand meals and 35 thousand gallons of fresh water. We were joined by the UK and other allies pledged their support.”

President Obama said that air strikes on ISIL targets made it possible for thousands of people to escape each night.

“Because of these efforts we do not expect there to be an additional operation to evacuate people off the mountain, and its unlikely that we’re going to need to continue humanitarian air drops on the mountain. The majority of the military personnel who conducted the assessment will leave Iraq in the coming days.”

Despite the “mission accomplished rhetoric regarding the displaced people stranded on Mt. Sinjar, the situation in northern Iraq remains dire. The UN has declared the humanitarian crisis in the country as the highest level of emergency.
Obama said that US airstrikes against the group will continue until further no v