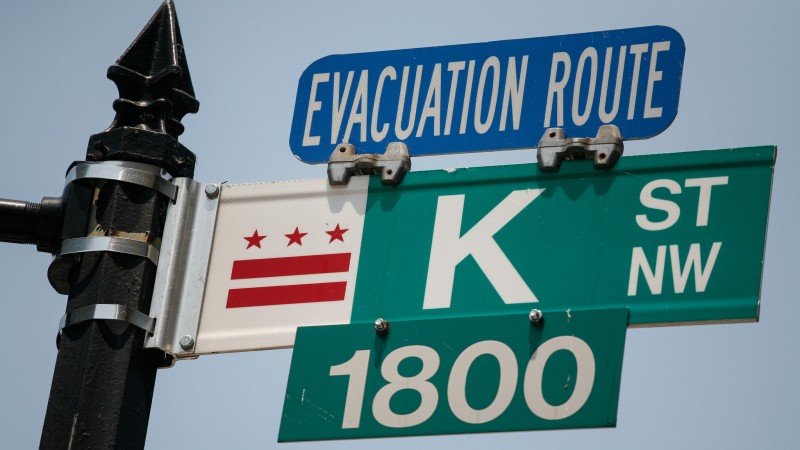 The White House has reversed part of its own policy banning lobbyists from serving in government positions. A rule change implemented this week could allow for private sector lobbyists to serve on almost 1,000 boards and panels across the executive branch. Ashley Westerman reports from Washington, DC.

The rule change Wednesday by the White House’s Office of Management and Budget will allow registered lobbyists to serve on government commissions and panels in a “representative” capacity. According to the revised policy, registered lobbyists can now act as policy advisers on behalf of an industry group or corporations.

The change reverses a 2010 ban, implemented as part of President Barack Obama’s ethics package and effort to keep K Street out of policy making. A group of lobbyists who were kicked off of commissions as a result, filed suit claiming the ban violated their constitutional free speech rights.

Earlier this year, a federal appeals court in Washington, D.C. rejected the Obama Administration’s request to dismiss the case, which sent it back down to the District Court for a decision.

“Then OMB stepped up in front of the whole court decision before the district court issued a ruling and reversed the policy on its own,” exalianed But Craig Holman, Government Affairs Lobbyist with the watchdog group Public Citizen who says the OMB rule change beat the court to the punch.

In a written statement, the Association of Government Relations Professionals expressed approval of the rule change reversal and congratulated the group that brought the suit against the White House’s policy of preventing “registered lobbyists from participating in the policy-making and advisory process.”

But government watchdog groups say the reversal is cause for concern because advisory committees help shape government agencies’ policies and programs.

“At that point they may be making decisions for what is in the best interest of their bottom line, rather than the general public,” warns Scott Amey, General Council on the Project on Government Oversight. He says if an advisory board is stacked with industry representatives, the public interest may suffer. “And that’s an abuse of power and a government not operating for the people.” Amey says while he thinks the courts forced the Obama Administration’s hand, the policy reversal gets at the deeper issue of whether a legislative fix is needed.

Public Citizens’ Craig Holman says the reversal is a huge step forward for lobbyists. While there is no empirical evidence to prove lobbyists are more influential in D.C., he says, the growth of lobbying into a multi-million dollar industry is a major indicator.

And the fact that companies are dishing that kind of money to hire K Street lobbyists strongly suggests they view it as a handsome return on their investment,” according to Holman. “So, yes, every indication is that lobbyists are more powerful than they were, say 20 or 30 years ago.”

If recent rulings by the US Supreme Court are any indication, private interests will be able to argue that money spent on campaign contributions and on lobbyists is a form of constitutionally-protected free speech.

Some advocacy groups are now calling on Congress to pass a constitutional amendment that would provide a legal basis to allow lawmakers to place limits on corporate cash in the political process.