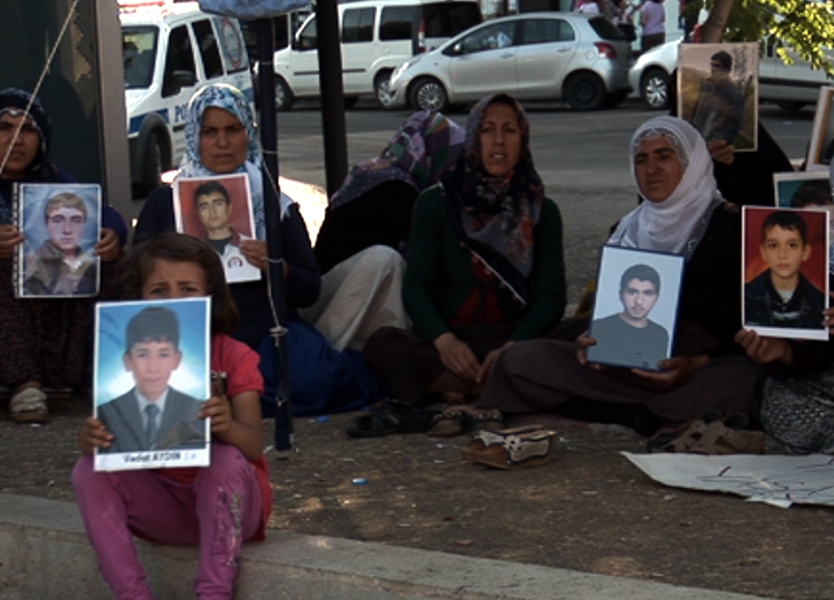 The rapid territorial expansion of the Islamic State has prompted a new look at armed actors operating in the region of the Middle East where the population of ethnic Kurds spans the borders of Iraq, Syria and Turkey.

For months, the Peshmerga forces of Iraqi Kurdistan have been battling Islamic State militants in the country’s north. The fundamental militant group’s expansion from Syria into Iraq has further complicated the already difficult situation arising from Syria’s three-year-long civil war. And guerrillas with the Kurdistan Workers Party – or PKK – have also joined the fight against the insurgent militants. The PKK has long sought regional autonomy, and for three decades been engaged in armed conflict with Turkish forces, during which about 40,000 people have died. Peace talks began in 2012, but stalled after a few months.

On Monday, Turkey’s Foreign Minister expressed wariness about providing arms to Kurdish forces in Iraq, concerned they may end up with PKK rebels. The PKK is considered a terrorist organization by the United States and the European Union.

In recent months, a growing number of Kurdish families in Turkey have accused the PKK of abducting their children to fill their ranks. Turkish media reported over the weekend that PKK rebels took 10 adolescents from their hometown in the eastern province of Muş. Its unclear if the youth went of their own accord or were taken against their will. Five of them returned home Tuesday. And as Dorian Jones reports from Diyarbakir, the main city in the predominantly Kurdish southeast, more families there say they want their children back home.

Under the ancient Diyarbakir city wall, in the sweltering summer heat, a group of families holds a daily vigil for their children who they say have been abducted in the past few months by the Kurdish rebel group the PKK. Each carries a photograph of their child, some of them as young as 14 years old when they disappeared.

Sureyya Toklar is among them. Her son disappeared three months ago and she is convinced he was kidnapped by the rebel group.

“My son went to school in the morning and never came back,” Toklar said. “We looked for him everywhere for 10 days, it didn’t even cross our mind that he’d go up to the mountains. Later, we learned from his friend that he was taken by the PKK. He was definitely tricked. My son couldn’t have gone of his own will, he didn’t have such love for them. I am sure he was tricked. We just want our children back.”

The families claim their children are being held in mountainous PKK bases just across the nearby border, in Iraqi Kurdistan. Throughout the three-decade conflict, thousands of young Kurdish men and women have “gone to the mountains,” a euphemism for joining the PKK. Until now, there have been few voices claiming any were kidnapped.

But Turkey’s President Recep Tayyip Erdogan has now stepped in and taken up the families’ cause. The dispute comes at a delicate time during the on­going government initiated peace process with the rebel group. According to Fatma Oncu a member of the ruling AK Party’s national committee from Diyarbakir, the peace process created a more open climate, and people can now speak out against the PKK.

“This is a cry and a call that can now be made because of the Peace Initiative,” explains Oncu. “Now that there is peace and less pressure by the PKK, women are free to come out and say that their children are being held by the PKK. As a party we are supporting these women in this process in every way, so their voices will become louder with the hope that this will prevent local youth from going up the mountain.”

At the vigil, such support is welcome by the mothers, like Hatice.

“My two daughters disappeared within five days of each other, one from the city of Sivas the other from Samsun where they were studying,” says Hatice, who says the PKK took the girls. “After my youngest daughter disappeared I went to Sivas, her roommates told us that she and two other friends had disappeared together. Those two left a note for their families saying ‘We are going up the mountains and don’t worry about us. We’ll be much happier there.’ But my youngest daughter didn’t leave a note.”

But the PKK along, with many pro Kurdish political groups,dismiss the claims of abduction.

Anthropologist Nuhket Sirman spent many months living in the region. She says after decades of human rights abuses carried out by the Turkish state against the PKK, there is no shortage of willing Kurdish volunteers for the rebel group. Young women, she says, are especially vulnerable because they see serving the PKK as a way to escape feudal traditions like forced and arranged marriages.

“There are number of reasons for that, and one of which is their imprisoned leader has written widely on women’s issues and he talks about killing masculinity in his writings and he has accepted that women have been dominated by many different structures, what he calls feudalism. So he see’s women as kind of dominated group within the dominated group that really can have revolutionary potential.”

Pro Kurdish political groups accuse the government of provoking the controversy to distract from the stalled status of the peace process. Edip Yasar of the Democratic Society Congress a pro PKK movement, says none of the PKK rebels joined under duress. But he admits the controversy raises an important issue — underage fighters.

“During the 30 years of conflict, there have been many accusations of kidnapping,” says Yasar. “But the PKK says they have committed to the Geneva Convention, and that no child under 16 will be placed in the army, and only those over 18 are given a weapon. The PKK has many civic programs that they can join. And, the PKK had said it will send back children who want to go home.”

Back at the families’ vigil, the PKK offer to send children home is being met with both skepticism and guarded optimism, according to Toklar.

“These mothers are determined, they won’t be going anywhere until their children come back. My son is 14 years old, What will he would have at the age of 14? He can’t even think or make such a big decision. Why are they taking children like this? Even if the kid says I want to come they shouldn’t take them. God Willing he’ll be sent back. We are waiting, let’s see.”

The PKK has not said when the children will return and many in the region suspect the families could well be pawns in the stalled peace negotiations between the government and the PKK rebels. For now, the daily vigils at the city wall continue, the mothers hoping that soon their families will be reunited.