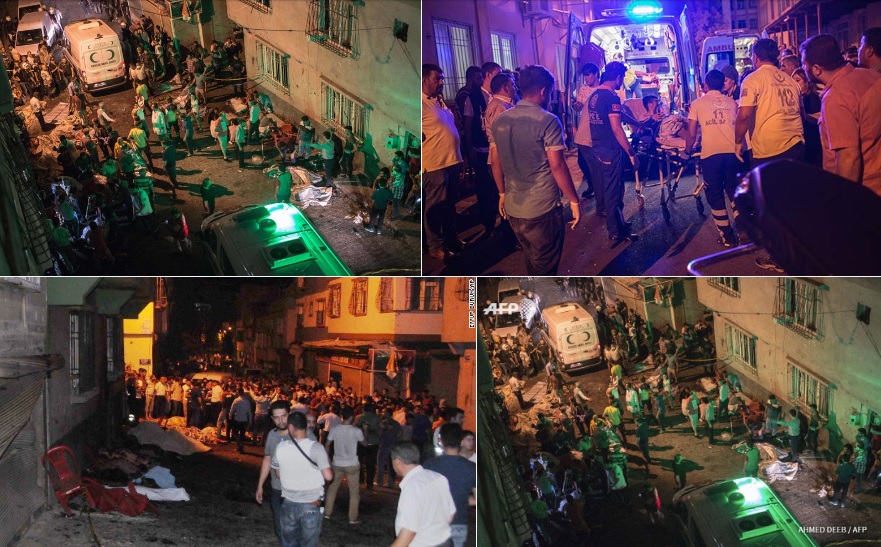 Turkey is reeling from a Saturday suicide bombing that killed 54 people – including dozens of children – at a wedding in the southern city of Gaziantep. FSRN’s Noah Blaser reports from Istanbul.

Turkish authorities have linked Saturday’s attack to ISIS and said the perpetrator was a child as young 12-years-old.

Saturday’s bombing targeted members of Turkey’s 15-million strong Kurdish community celebrating a wedding in Gaziantep near the Syrian border. The bride and groom escaped but at least 54 people were killed. Many more were injured.

Selahattin Demirtas, leader of the pro-Kurdish Peoples’ Democratic Party, urged restraint among his party’s supporters who were among the victims, saying “I want to say to all of my fellow citizens, brothers and sisters: the best revenge against this barbarity and desperation is bringing about peace in our country.”

The Turkish government accuses the HDP of links to Kurdish militants fighting ISIS across the border in Syria. The HDP denies links to armed groups and says it wants to avoid the Kurdish-ISIS confrontation from spilling over into Turkey.

Now the country finds itself mired in multiple security crises. There was last month’s coup attempt that targeted President Recept Tayyip Erdogan. That overshadowed but has not calmed the bloody Kurdish insurgency in the southeast and – as the events in Gaziantep prove – multiple ISIS-linked attacks against Turkey’s Kurdish population.

This latest massacre in Gaziantep only reinforces anger and distrust between Kurds and their own government as the three-decade conflict smolders in Turkey’s east.