Sex workers left out of conversation on sex trafficking prevention 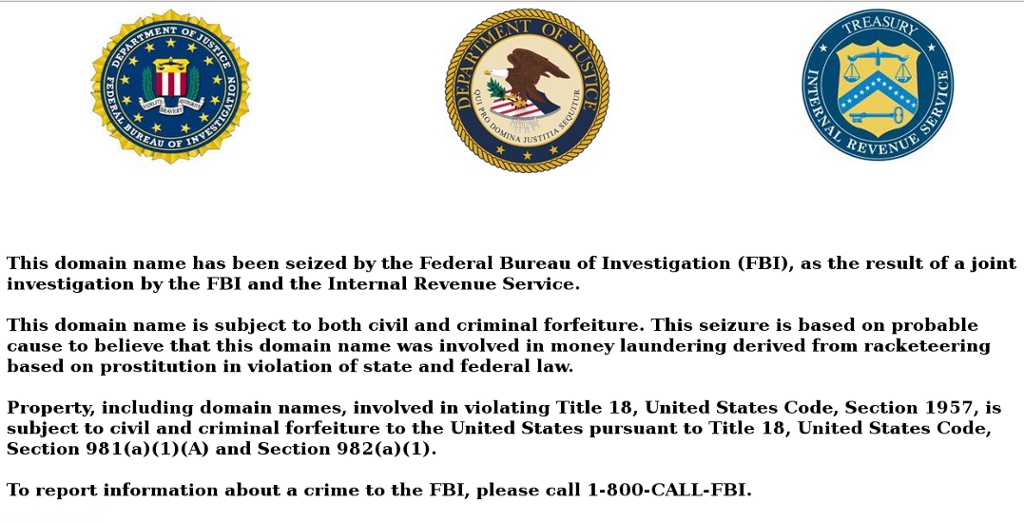 Screenshot of message which appears at Myredbook.com

Federal authorities are taking steps to regulate the sex trade under the banner of a nationwide effort to prevent human trafficking. From freezing sex workers’ bank accounts to shutting down adult advertising sites, a crackdown on the sex trade is in full swing. A bill making its way through Congress would stricter guidelines for placing “adult service” advertisements. In the process, however, legislators have renewed a debate about the distinction between human trafficking and sex work, and the rights of those involved in both. Taylor Sanders reports.

A bill before the US Senate known as the Stop Advertising Victims of Exploitation – or SAVE – Act, aims to change requirements for placing advertisements for “adult services” online.

Proponents of the bill say it will protect victims of sex trafficking. In June, the FBI shut down a major adult advertising site called Myredbook, which also served as an online resource for sex workers.

“It’s important to make the distinction between survival sex and trafficking because we have people on the streets engaged in survival sex,” says Meg Muñoz, the director of Abeni – a sex worker advocacy group. She adds the bill – and the Myredbook shutdown – have unintended consequences for many workers just trying to make ends meet. “There is a great deal of argument that X, Y, and Z on the sex work spectrum is illegal so we shouldn’t even be having these discussions. But the reality is sex work, historically, has always been around. And historically so has trafficking.”

Survival sex is sex work by choice, but under circumstances of economic duress — while sex trafficking, in the U.S., is legally defined as “commercial sex acts induced by force, fraud, coercion or commercial sex acts in which the individual induced to perform commercial sex has not attained 18 years of age.” Muñoz says that shutting down adult advertising or putting in new regulations could force some sex workers back into more dangerous situations based on street solicitation.

Online advertising has allowed sex workers to become more independent by permitting them to build their own brand, pre-screen to protect themselves from dangerous clients, and create forums to talk to other sex workers in the area. MyRedBook for example, served as a nation-wide discussion board and social media platform, also providing health information and legal advice. According to Muñoz, this independence debunked the notion that most sex workers are victims of trafficking.

An undercover officer from the Bellingham Police Department, who spoke on condition of anonymity, says police in his unit operate under the assumption that many sex workers are victims of circumstance in need of help: “We go into this investigation with the idea of not making an arrest: trying to get them help, trying to get them out of that circle. Because we understand if we just arrest them it’s a misdemeanor crime, their going to be out in 24 hours and they are going to be right back out doing the exact same thing the next day. So our ultimate goal is to try to get them help. And try to get them out of that lifestyle. We understand that obviously a misdemeanor offense for prostitution is going to hurt them in pretty much everything they are trying to do to get back on their feet so that’s why we’ve adopted that mindset.”

Some note that not all sex workers are victims – either of trafficking or circumstance. Among them, a sex worker in Seattle, WA who uses the name Savannah Sly. She says there is “a vast spectrum of people who are in the sex industry for a variety of reasons; there are people like me who really love our occupations and then there are a ton of people who really just see it as a job.”

Sly says the lack of clear labor protections for those who are in the sex trade voluntarily makes the work more dangerous for all involved. She gives an example of how she once had a pimp and when the group of women she was with tried to fire him, he tried to blackmail them. “If he had not had the leverage of stigma and criminalization he wouldn’t not have had that power over us,” she said. “We were about to stand up to that anyways, but because the work we were doing was illegal, he had the power to call the police on our group when he saw us advertising elsewhere.”

Meg Muñoz says laws that stereotype sex workers as either victims or people in need of salvation miss a key point and leave those most affected out of the conversation. “The sex work community and the sex workers in it not only care incredibly about trafficking — because many of them have experienced that and still have gone back to sex work — but they are our greatest asset when it comes to fighting trafficking. And it is an asset that is untapped, that is being ignored, that is being demonized and is being shut down.”

The SAVE Act – written without any input from sex workers or their advocates – passed the House of Representatives in May and is awaiting consideration by the Senate.