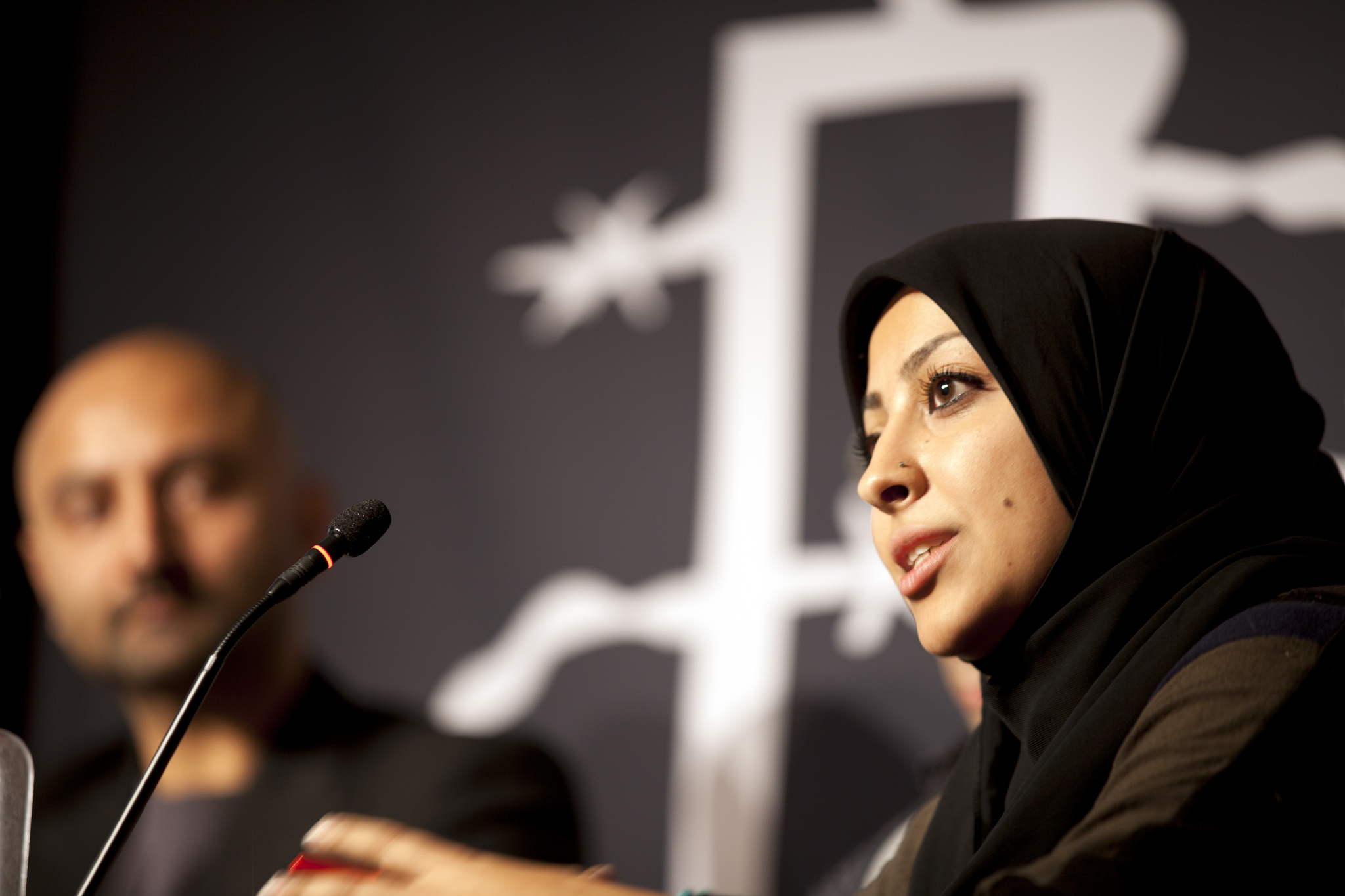 Authorities in the Persian Gulf nation of Bahrain detained prominent human rights activist Maryam Al-Khawaja over the weekend just shortly after her flight arrived in the nation’s capital, Manama. Al-Khawaja, who lives in Denmark, traveled to Bahrain to check on the health of her father, pro-democracy activist Abdulhadi Al-Khawaja, who has been on a hunger strike since August 25th to protest his imprisonment. FSRN’s Nell Abram has more.

When they arrested her, officials informed Maryam Al-Khawaja that her Bahraini citizenship has been revoked. Authorities interrogated her for allegedly insulting the king and charged her with assaulting a policewoman.

On Wednesday, Human Rights Watch released a video of Maryam Al-Khahwaja recorded in May in which she explains why she would return to Bahrain, despite the risk of imprisonment.

Members of the Al-Khawaja family are among the most internationally recognized activists of Bahrain’s pro-democracy movement. Maryam Al-Khawaja’s sister, Zainab, was released from prison earlier this year and continues to micro-blog to a large Twitter following using the handle @angryarabiya.

Mass protests in favor of political reform erupted in Bahrain in February of 2011 when the so-called “Arab Awakening” revolutions swept across the Middle East and North Africa. Rates of popular participation in the protests were particularly high in Bahrain, a nation with fewer than one million citizens.

Bahrain’s government, controlled by an autocratic royal family, cracked down on protesters, many of whom remain in prison.

“Almost 5 to 7 percent of the Bahraini population were imprisoned in the past 3 to 4 years. At least you have four thousand now and that’s the biggest percentage you will ever hear about in a country which is less than a million people. So we have each and every family – Shia family – has one or two prisoners because of political charges. The situation is very critical. Unfortunately, this is happening with the silence of the international community, it’s happening with the silence of the international media, where the Gulf states, the Gulf ruling families, have a lot of influence in those media to silence them because either they are owned by them or they are influenced by them.”

Rajab says Maryam Al-Khawaja’s chances for due process are slim, considering the royal family’s influence over the judiciary. She is due for her first hearing this Saturday, September 6th.

Listen to an in depth discussion with Nabeel Rajab here.