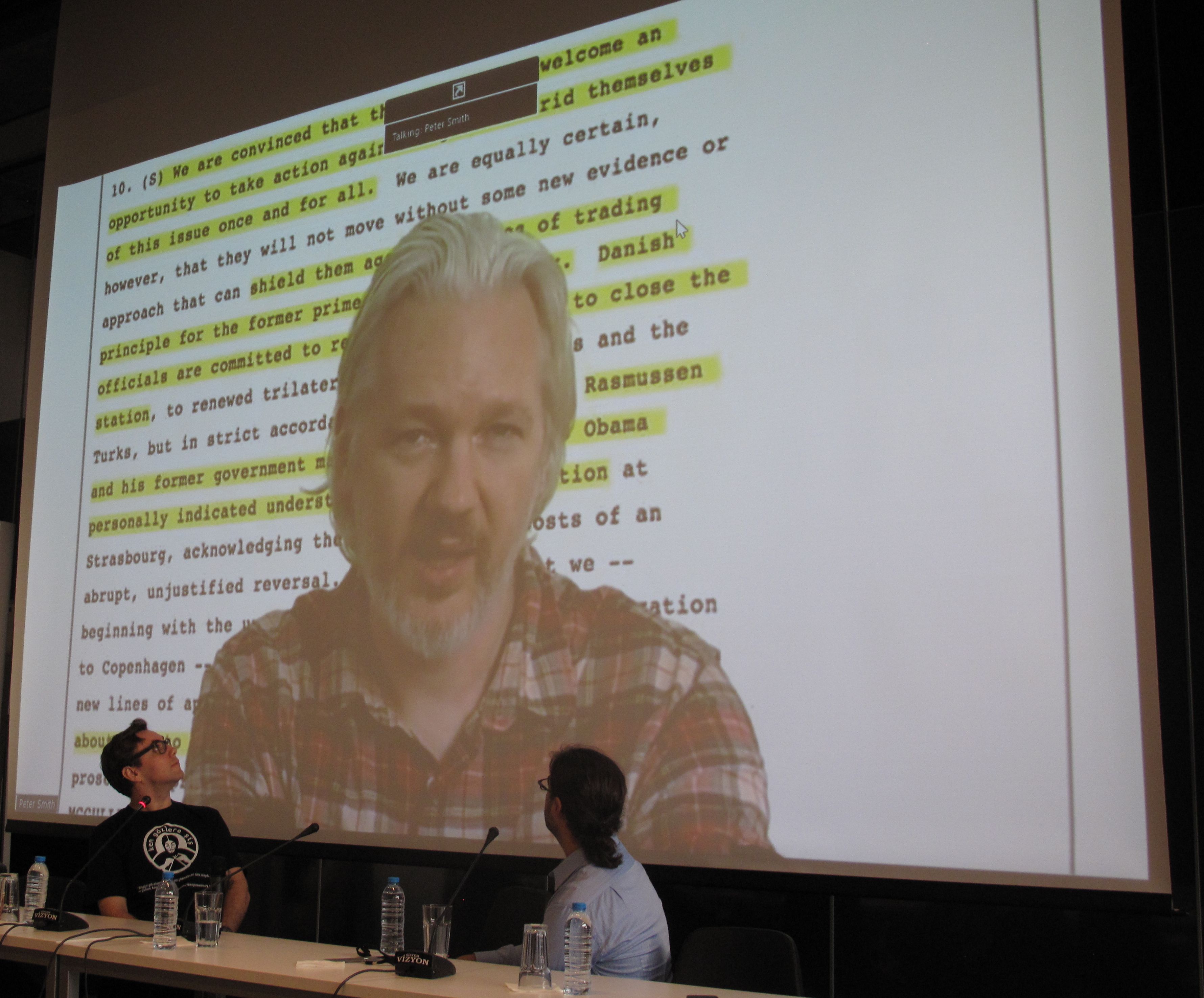 In Istanbul, internet activists boycotted the UN’s annual Internet Governance Forum, and held a parallel event to protest the choice of Turkey as host of the event. The country has a poor record on internet censorship, and critics of Turkey’s net policies were excluded conference panels.

But the two forums were not held in respective vacuums. Many delegates and organizers from the UN conference crossed the city to meet with activists, human rights groups and privacy advocates at the hastily organized Internet UN-Governance Forum. Jacob Resneck attended both events and files this report.

The Internet Governance Forum, now in its ninth year, was held in Istanbul this week despite the fact that earlier this year Turkey banned both Twitter and YouTube in an attempt to stifle revelations about government corruption in the run up to elections. Both Amnesty International and Human Rights Watch criticized the location of the global event.

The panels were a mix of industry, government, academia and advocacy. But critical voices were largely excluded.

Melih Kirlidog, a computer science engineer and member of Alternative Informatics Association, a group that fights digital censorship in Turkey, said his group made “four proposals for workshops and all four were rejected.”

So what was discussed in the workshops that were approved? At a panel moderated by a Google executive on the impact of revelations by NSA contractor-turned-whistleblower Edward Snowden, Facebook’s Sarah Wynn-Williams framed the issue as a simple matter of government overreach.

“I think there was a recognition across industry that the balance in many countries had tipped too far in favor of the state and away from individual rights to protect their information,” Wynn-Williams said.

But of course the revelations go further than harming e-commerce. They also have exposed massive collusion between telecom companies, social media giants and governments to share information about users.

Some went further, at least acknowledging that there’s an immense debate underway about fundamentals of personal privacy.

“The debate about surveillance has taken a level of visibility that it never has before,” according to Bertrand de la Chapelle, another civil delegate and former French diplomat. “That doesn’t make it easier to solve as we all see. But it has at least triggered a huge debate.”

Nothing earth-shattering there. No feathers ruffled. Nobody offended. But across town it was a different story.

“The business of Google and Facebook and these Silicon Valley companies is spyware,” said Aral Balkan, a designer working to develop a smartphone that doesn’t allow itself to be tracked or feed consumer data to third parties.

He argues that the myriad of free services offered by internet companies are actually quite expensive in terms of the personal data they mine in ways that are invasive and ultimately dangerous.

“With their business models they are threatening our civil liberties and they are threatening the future of democracy,” Balkan said. “So free is a lie. Because it’s a concealed barter. It conceals the true the cost of what you are giving in exchange for their services.”

Activists at the Internet Ungovernance Forum at Istanbul’s Bilgi University took the UN organizers to task for holding the forum in a country with a poor record on digital censorship.

But one of the Internet Governance Forum’s main organizers, Janis Karklins, showed up to answer the charges.

During the Ungovernance Forum, American hacker Jacob Appelbaum, a confidant of Edward Snowden who has also worked with Wikileaks, warned that Snowden’s NSA revelations prove that intelligence agencies operate outside normal laws.

“There’s an alternative structure to government itself in the form of intelligence agencies,” Applebaum points out. “And they have a currency that is the information that they extract from signal intelligence data and it is a completely unregulated currency in an unregulated market. And one of the byproducts is that currency allows them to target people for assassination. That’s really scary to me.”

He made a pitch for greater consumer and political awareness to deny intelligence agencies the tools to keep tabs on citizens on a grand scale.

Applebaum continued: “It has never been in the case in human history that whole societies can be places under the level scrutiny that they are now. Mass surveillance is new and we must crush it. We must absolutely, mercilessly destroy mass surveillance without any exceptions. It must not be tolerated and we can do that.”

Nothing much comes out of the Internet Governance Forums. They are not designed to be decision makers. That’s because no one really controls the internet.

But this year’s direct challenge to its staid format and the staging of a parallel forum that attracted an international audience from embassies, academia and activists that proves that governments and corporations will not dominate the dialogue about what the internet should – or shouldn’t be.