Q&A: Jay O’Hara on climate activism and the trial that wasn’t 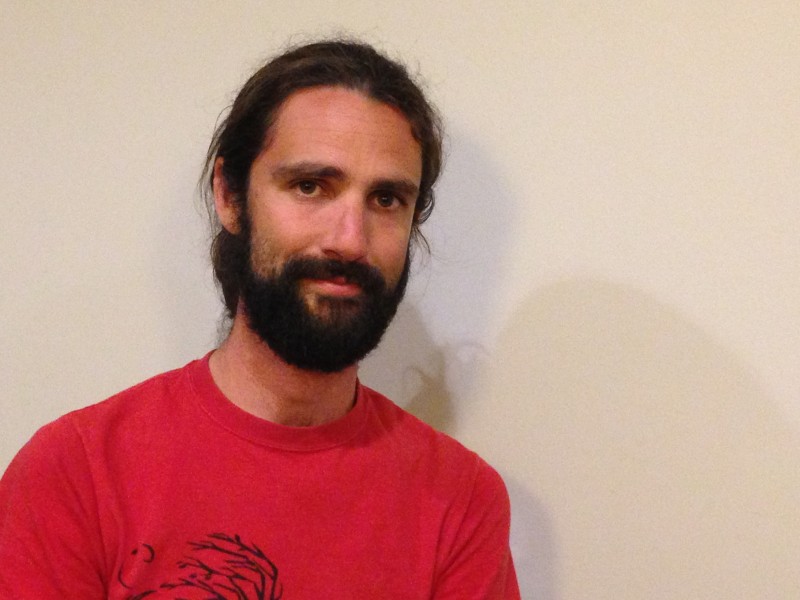 In May 2013, two men carried out a non-violent direct action in a small lobster boat blockaded a freighter trying to deliver 40,000 tons of Appalachian coal to the Brayton Point coal-fired power plant in southeastern Massachusetts, which is the largest single source of climate changing carbon emissions in New England. The men, Jay O’Hara and Ken Ward, demanded that the power plant be shut down immediately. It is scheduled for closure in 2017 but the men insisted that’s not soon enough to avoid harmful emissions. After eight hours they were removed and allowed to leave. They later faced several criminal charges, and their trial was due to begin on Sept. 8th, but it took an unexpected turn. FSRN’s Melinda Tuhus had a chance to interview O’Hara before an event in New Haven, Connecticut, that was part of a speaking tour as he sailed from his home in Cape Cod to New York City for this Sunday’s People’s Climate March.

Melinda Tuhus: Jay O’Hara, tell us what happened when you went to court.

Jay O’Hara: Just last week went to court and were prepared to go to trial and mount what could have been the first necessity defense on climate change in the United States. We had expert witnesses — Dr. James Hansen, former NASA climatologist, as well as  Bill McKibben and other scientific experts prepared to testify to say the action we took in the current political and economic situation was necessary to avoid public harm, given the magnitude of the climate crisis.

It didn’t end up turning out that way on Monday. We were in court at 9 a.m., and shortly thereafter, not only the prosecutor, but the District Attorney for Bristol County in Massachusetts came into the courtroom, and it was very clear that it wasn’t going to be a normal court proceeding that day. And the District Attorney, in collaboration with the prosecutor, ended up dropping one of the four charges, reducing the other three to civil infractions, ordering us to pay some restitution to the police who responded, and then came out in front of the courthouse in a dramatic, unprecedented move and essentially said that given the lack of political movement on this issue, this sort of action is necessary and justified. It was pretty stunning and dramatic and instead of going to trial for three or four days we were out of there within two hours, so it was an interesting turn of events.

Tuhus: And the DA will be also attending, along with you, the climate march this weekend in New York, correct?

O’Hara: My colleague, Ken, unfortunately, is on the West Coast, and he’ll be doing things out there. And District Attorney Sam Sutter will be there joining the Massachusetts contingent at the march as well.

Tuhus: So you identified yourself as a Quaker. That leads me to believe that was your motivation, a faith-based motivation. Talk about that a little bit.

O’Hara: Well, there’s two parts to the motivation, right? There’s the evidence that moves us to the need to act, which is scientific information. The science is very disheartening, if you look at it. Just this summer the West Antarctic ice sheet was found to be in irreversible decline, with a guaranteed ten feet added to sea level around the globe…

O’Hara: Yeah, over a long period and an unknown period, but locked in, guaranteed ten feet, in addition to all the other ice that’s melting. Given those stakes, the question for me as a person of faith, is then, given what I know, given the truth as I understand it, how am I supposed to live in that world? And, for me, that means that I have to live my life in a way that shows, that lives in some way acknowledging the reality that’s out there. And in this case that means having to do some pretty dramatic things to avert some pretty dramatic consequences.

Tuhus: So, with the climate march coming up in just a few days, what do you hope will come from that — the march itself, and I don’t know if you’re going to be participating in any of the events before or afterwards, on Saturday and Monday, there are a lot of other things going on.

A friend of mine has a saying that movements don’t make social change, but social change happens by spontaneous acts of transformation. And direct action, I believe, is a huge part of doing that. It discloses the reality, it shows what the stakes are, and it emboldens people to change their lives and to change their understanding of what can be done.

So I’m hopeful that there may be a long campaign of direct action over the next couple of years that raises the stakes, makes clear what needs to be done, and forces politicians of every political persuasion to say which side they’re going to be on.

(Jay O’Hara is a Cape Cod-based climate activist and a former co-defendant in a direct action case which involved the blocking of a coal shipment to New England’s largest coal-fired power plant. He spoke with Melinda Tuhus in New Haven, Connecticut.)