Slideshow: Hazardous Hazaribagh – one of the world’s most polluted places

Hazaribagh is an area of Dhaka city, the capital of Bangladesh, and is principally known for its tannery industry and large leather processing zone. Currently, 270 registered tanneries operate here employing between 8,000-12,000 people.

In 2013, the Zurich-based Green Cross Switzerland and the New York-based Blacksmith Institute published a report on the most polluted places in the world. The report “The Top Ten Toxic Threats, Clean Up, Progress and Ongoing Challenges,” puts Hazaribagh at number five. Each day in Hazaribaugh, more than 5,000 gallons of hexavalent chromium is dumped into the Buriganga river. A known carcinogen, when inhaled at high levels hexavalent chromium can also burn a hole through the septum, the nasal wall that seperates the nostrils. Direct contact with the toxic chemical can damage the eyes and cause sores to erupt in skin.

But the district is not solely industrial. Most of the 185,000 residents of this area work in the factories and tanneries. They are very poor, and are forced to live in the highly contaminated surroundings. Local children and teenagers work in the factories in direct contravention of the UN Convention on the Rights of the Child, which prohibits hazardous work for youth under the age of 18.

The residents of Hazaribagh and the adjacent areas rely on the extremely contaminated Buriganga river as their primary water source. The surrounding ecosystem is relentlessly spoiled. Fish and other organisms are barely present, the water infected with poisonous chemicals and waste. The drains, canals and the river Buriganga all lost the ability to host aquatic species long ago. Yet the people of Hazaribaugh must continue to use the fetid water, breathe the densely polluted air and endure the horrible stench. FSRN’s Tithe Farhana visited Hazaribagh and brought back these photos. 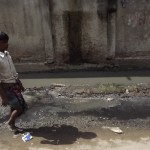 Manik, 14-years-old, is a laborer in a local tannery factory. Hazaribagh, Dhaka, Bangladesh. 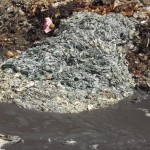 Residents of Hazaribagh and the adjacent areas are simply helpless, forced to use polluted water, breathe polluted air and endure the horrible stench The picture has taken from Hazaribagh, Dhaka, Bangladesh. 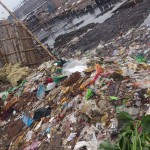 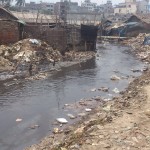 The surrounding ecosystem has been severely damaged, especially bodies of water. Fish and other organisms are barely present in the water that’s infected by poisonous chemicals and waste. Hazaribagh, Dhaka, Bangladesh. 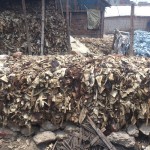 Piles of raw leather and burn scraps from the tanneries are generally kept in open spaces, off-gassing and contributing to air pollution. Hazaribagh, Dhaka, Bangladesh. 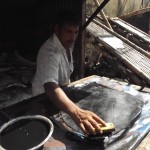 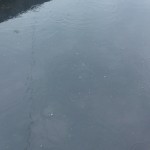 Households are forced to endure the highly toxic water flowing in canals near Hazaribag, Dhaka , Bangladesh. 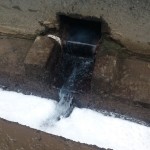