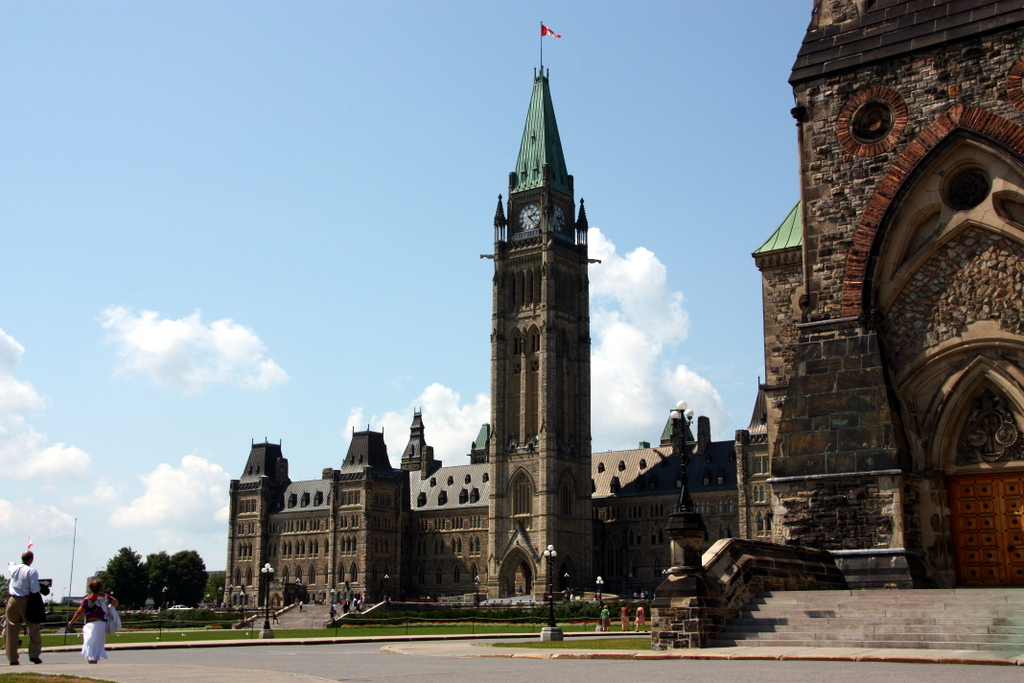 Parliamentarians in Canada held a moment of silence Thursday in honor of the guard killed in an attack at Ottawa’s war memorial this week. The gunman later stormed the Parliament where the Sergeant-at-Arms shot and killed him just outside a meeting where lawmakers were set to gather. The incident was the second attack aimed at the government in Canada this week, and Prime Minister Stephen Harper vowed to ramp up so-called counter-terrorism efforts in the country and called on lawmakers to expedite new powers. Erin Hudson reports.

Canadian legislators are considering a bill that would give the government broad new surveillance and detention powers in the wake of two attacks targeting soliders this week.

On Monday, two soldiers in a small Quebec town were intentionally hit by a car. One soldier died as a result of his injuries and the driver was killed fleeing the scene.

On Wednesday, four people were shot when a man stormed Parliament Hill in Ottawa. One of the victims, an unarmed soldier, died in the attack.

In response, Canadian Prime Minister Stephen Harper addressed Parliament on Thursday calling for stronger laws and police powers: “Last week our government proposed amendments to the Canadian Intelligence Security Service operates and as you know Mr. Speaker, in recent weeks I have been saying that our laws and police powers need to be strengthened in the area of surveillance, detention and arrest.” Harper added that work to draft a legal framework for expanded powers “is already under way will be expedited.”
The legislation Harper is promoting would also give intelligence informants anonymity, which would exempt them from cross-examination in trials of terror suspects.

University of Ottawa law professor Errol Mendes said that Harper’s comments following the Parliament shootings show an effort to rally public support behind measures that are generally regarded as staunchly Conservative. “He has a base which essentially thinks that the answer to all criminal law issues and terrorism issues is pass more laws and give lengthier sentences for those who are caught.”

With a federal election coming up in 2015, Harper can’t afford to lose the support of his Conservative base. Mendes noted that the amended legislation Harper plans to introduce runs contrary to what law enforcement officers are saying in the aftermath of the week’s incidents. “When the RCMP were interviewed yesterday as to what powers they needed including former RCMP officials and present CSIS officials neither of them really suggested to have extraordinary new powers. What they wanted was far more resources.”

The investigation is ongoing but police say extremist ideology was the motive in behind both attacks.