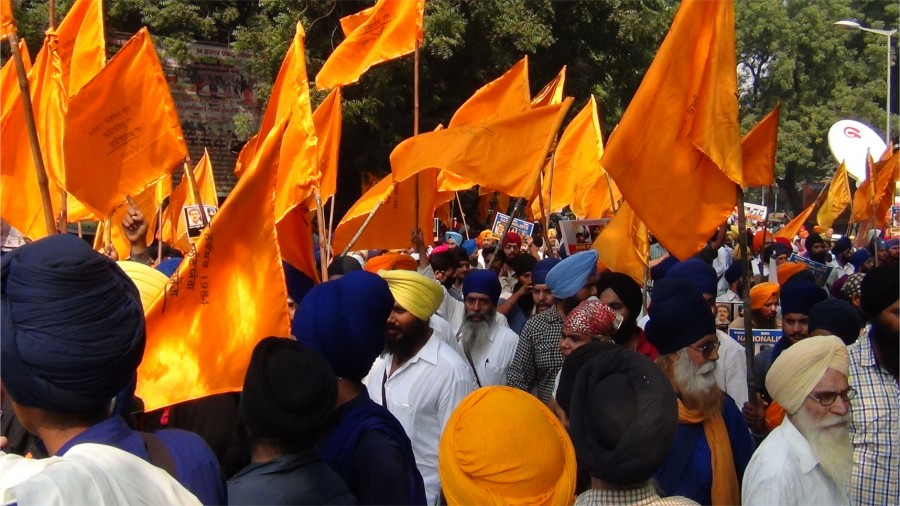 Members of  the Sikh community across the world are holding demonstrations and prayer meetings to commemorate the 30th anniversary of the 1984 anti-Sikh riots in India. Thousands of Sikhs were killed in the violence targeted against the community following the assassination of the then-Prime Minister Indira Gandhi by her two Sikh bodyguards. Hundreds of them today marched in New Delhi to bring focus to the continued denial of justice to the victims of what they describe as genocide three decades ago. Bismillah Geelani has the story.

Near the Parliament building in New Delhi, Sikh protesters chant slogans against the political and judicial system which has failed to punish the perpetrators of deadly anti-Sikh riots thirty years ago.

Most of the protesters are relatives of those killed by marauding mobs in response to Prime Minister Indira Gandhi’s assassination in 1984.

“The two people who killed Indira Ghandi have been punished, but those who killed thousands of Sikhs brutally are still free,” says 45-year old Manjit Kaur. She still has a vivid memory of her father’s death. “My father was dragged out of his vehicle and the attackers put a burning tire around his neck and then hit him with iron rods until he died, What had he done to deserve this?”

Indira Gandhi was killed by her two Sikh bodyguards five months after she ordered a military operation against the leaders of Sikh separatist movement in the religious minority’s holiest Shrine, the Golden Temple, in the northern state of Punjab. The military raid killed more than a thousand people, mostly innocent devotees.

In the week-long mob violence following the prime minister’s murder, the minority Sikh community was targeted in several parts of the country leaving nearly four thousand dead. Sikhs blame some senior leaders of the then-ruling Congress party for inciting mobs against the community, but almost all of them have been acquitted of the charges by courts citing lack of evidence against them.

“It was a massacre – a genocide – and the judiciary has done nothing in 30 years,” comments Manjinder Singh, General Secretary of the Sikh organization, Dal Khalsa. “How can you get evidence when you drag on the process like this? We are at a stage now where most of the people who filed cases are no longer alive.”

Disappointed with the political system and judiciary, the Sikhs are now turning to International community for help. The protesters today marched to the United Nations office in New Delhi, urging the world body to intervene. “We have gone through all processes and we have explored all avenues, but we haven’t gotten justice,” said Singh. “So now we are appealing to the United Nations to take the matter into consideration and form a commission like they did for atrocities against Tamils in Sri Lanka and make India also accountable for the massacre of Sikhs.”

In solidarity with the Sikh Community many Tamil and Kashmiri activists also joined Monday’s March in New Delhi. More than 20-million Sikhs make up 2 percent of India’s total population with a section of the community fighting for an independent Khalistan.