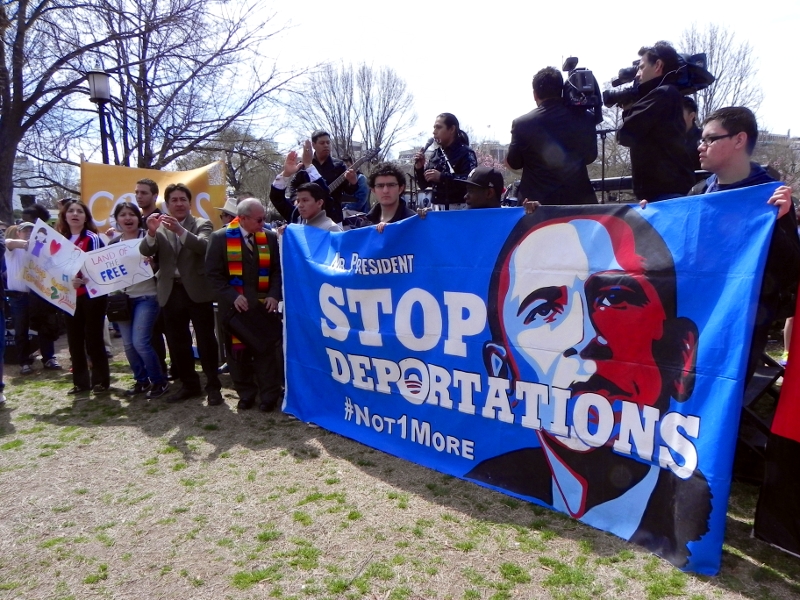 Local faith leaders join with immigrant activists at the "2 Million 2 Many" rally against deportations.

The president made the major immigration policy announcement Thursday night in a 15-minute speech, but it was not televised by any major U.S. network.

Obama said he chose to take executive action because Republican leaders in the House have refused to allow a vote on bipartisan immigration reform legislation for a year and a half now. The new measure is similar to the deferred action program that many so-called “dreamers” – or immigrants brought to the U.S. as minors – are eligible for. The president explained who will now qualify under the action.

“If you’ve with been in America more than five years. If you have children who are American citizens or legal residents. If you register, pass a criminal background check and you’re willing to pay your fair share of taxes, you’ll be able to apply to stay in this country temporarily without fear of deportation. You can come out of the shadows and get right with the law. That’s what this deal is.”

The announcement comes after years of record-high deportations and pressure from immigrant rights advocates.