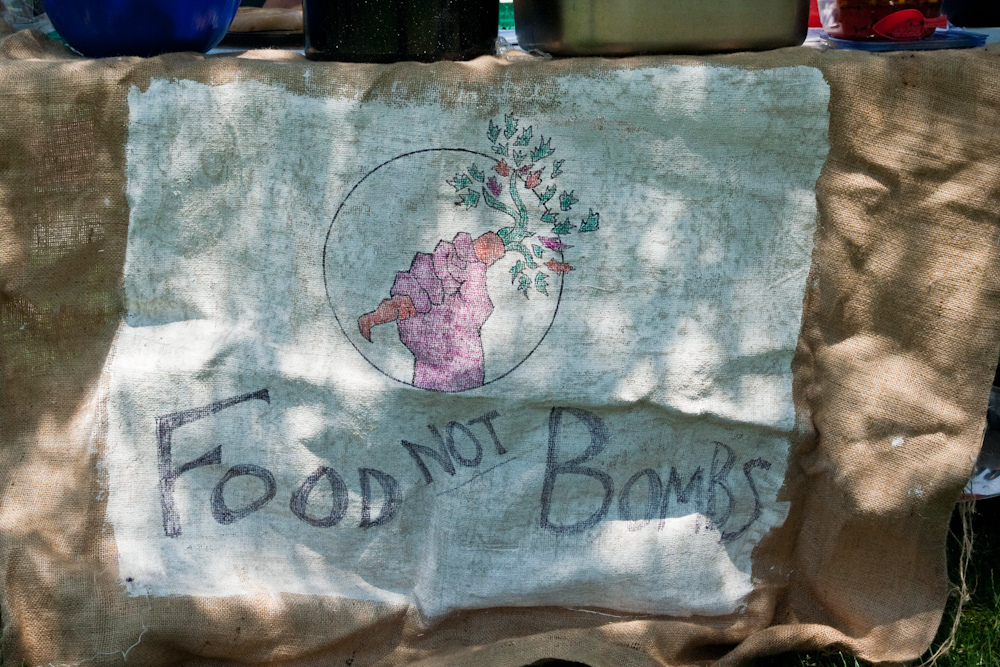 Florida activists continue to challenge a ban by the city of Ft. Lauderdale on sharing food in public. There have been several arrests, including of a 90-year-old man. On Wednesday (November 12), protesters demonstrated in front of the mayor’s house. This week Seán Kinane from WMNF interviewed Jimmy Dunson with Food Not Bombs Tampa. Dunson was cited for sharing food in Ft. Lauderdale last Friday and intends to go back there to feed people this Friday as well.

Seán Kinane: Can you tell us about what has happened recently in Ft. Lauderdale. What’s the new ordinance?

Jimmy Dunson: Actually, there’s quite a few ordinances. The number one that’s getting all the media attention now is a law against sharing food in public with the homeless. And so there’s been a ninety-year-old – Arnold Abbott – who was arrested, or cited, a couple times for feeding homeless people in the park. And just recently, me, my friends were arrested and I was cited last Friday. But this isn’t the only anti-homeless law in Ft. Lauderdale. There’s also a law against panhandling that they passed. There’s one that allows police to confiscate homeless peoples’ possessions. And there’s also another one – anti-sleeping, anti-camping law. So it’s a series of laws that Ft. Lauderdale has passed to criminalize homelessness and even criminalize kindness towards the homeless.

Kinane: You went from Tampa to Ft. Lauderdale. How long of a drive is that and why did you go last week and then what happened?

Dunson: It’s about a five-hour drive. I went because I know that sharing food with people in need is a basic human right. And my friends are down there in Ft. Lauderdale. We had a similar problem here in Tampa several years ago. We were arrested for feeding people in the park. And it’s just a basic instinct: compassion, sharing, kindness. And when it’s criminalized it takes a lot of courage to resist that. And I know the people down in Ft. Lauderdale were resisting that law because it is an unjust law. And Martin Luther King says it is a moral responsibility to disobey unjust laws. And so for me I felt like it was a responsibility to go down there and help resist this unjust law.

Kinane: And when you resisted you were given a citation. And part of that citation says that you were observed providing social services in a park in Ft. Lauderdale.

Dunson: They say it’s, you know, humanitarian reasons. But with all these other laws it’s clear that they want the homeless situation to disappear. There’s powerful economic and political interests that they can’t be bothered with the feelings that one gets when they walk out of their banks and see people that are much, much worse off than them and feel guilty, because they should feel guilty. And instead of doing something to address it, they just want the problem to disappear. There’s an assumption that if we don’t feed people, they will not be there, which is completely false. If we don’t feed them, they will still be there, but they’ll be hungry.

Kinane: And one of the people in Ft. Lauderdale who’s an activist on this issue is Jillian Pim. She started a hunger strike. Tell us about her and about the hunger strike.

Dunson: Yes. She is in, I believe, Day 11 of her hunger strike. And it’s a big sacrifice for her. She’s lost a lot of weight already. But she feels very strongly – these are her friends that she’s sharing food with and the city is saying she’s not allowed to help them. And she is willing to be on a hunger strike for weeks until this law is rescinded. And just recently there are people that sent out a call to have a solidarity (hunger) strike this Friday (November 14, 2014) the same day as the Food Not Bombs sharing. And already 400+ people have signed up to hunger strike in solidarity with Jillian.

Kinane: So, not eat food for 24 hours on Friday into Saturday?

Kinane: And you plan on going back to Ft. Lauderdale on Friday. Why, and what do you think will happen?

Dunson: I do. I believe that we have to continue to disobey unjust laws. We cannot stop, we cannot back down. And this is how unjust laws are changed: people disobey them, people defy them.

Kinane: It’s not just Ft. Lauderdale. Tampa, Orlando and there’s other cities in the U.S. have passed similar laws where it makes it illegal to share food with people in public. Where are some of these other laws, and what are they like?

Dunson: There’s at least eleven cities in Florida that have attempted to, or passed, or are in the process of passing laws like these and over 50 across the country. That’s according to the National Coalition for the Homeless. To me, it’s very similar to the “drug war,” that the government finds a problem and their solution to that is criminalization, it’s putting people in jail; whereas there are much more humane solutions to solve the problem of homelessness and drug abuse than criminalization.

Kinane: What happened to you in Orlando and in Tampa when you fed the homeless when the city made it illegal?

Dunson: I was arrested both times. I spent a little bit of time in jail. And eventually we challenged it. We got some pro bono lawyers to represent us for free and the city backed down. The city agreed to drop the charges.

These are our friends and to say that it is a criminal act to share food with our friends is really sickening and disheartening. Really the criminal act is indifference to others’ suffering. And as Food Not Bombs we’re an organization that connects the dots between the militarism happening in our country, the economic system based on greed and the lack of basic human rights that people have here in this country and around the world. And at the same time that we are giving to people who are hungry – all people who are hungry, not just the homeless – and at the same time that we’re challenging militarism and our economic system we’re also showing that a new world – a better world – is possible. And this is what it looks like. This is what a post-capitalist society looks like. It’s not a totalitarian communist state; it’s people sharing with each other based on mutual exchange, giving, kindness, sharing. That’s what we stand for and that’s what we’re going to keep doing regardless of the laws that are against us. 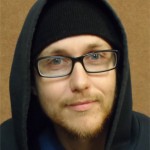 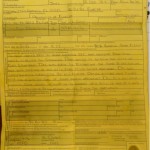